Wednesday, May 18
You are at:Home»Sports»Buda, Malvern bag silver medals at world championships in Tashkent 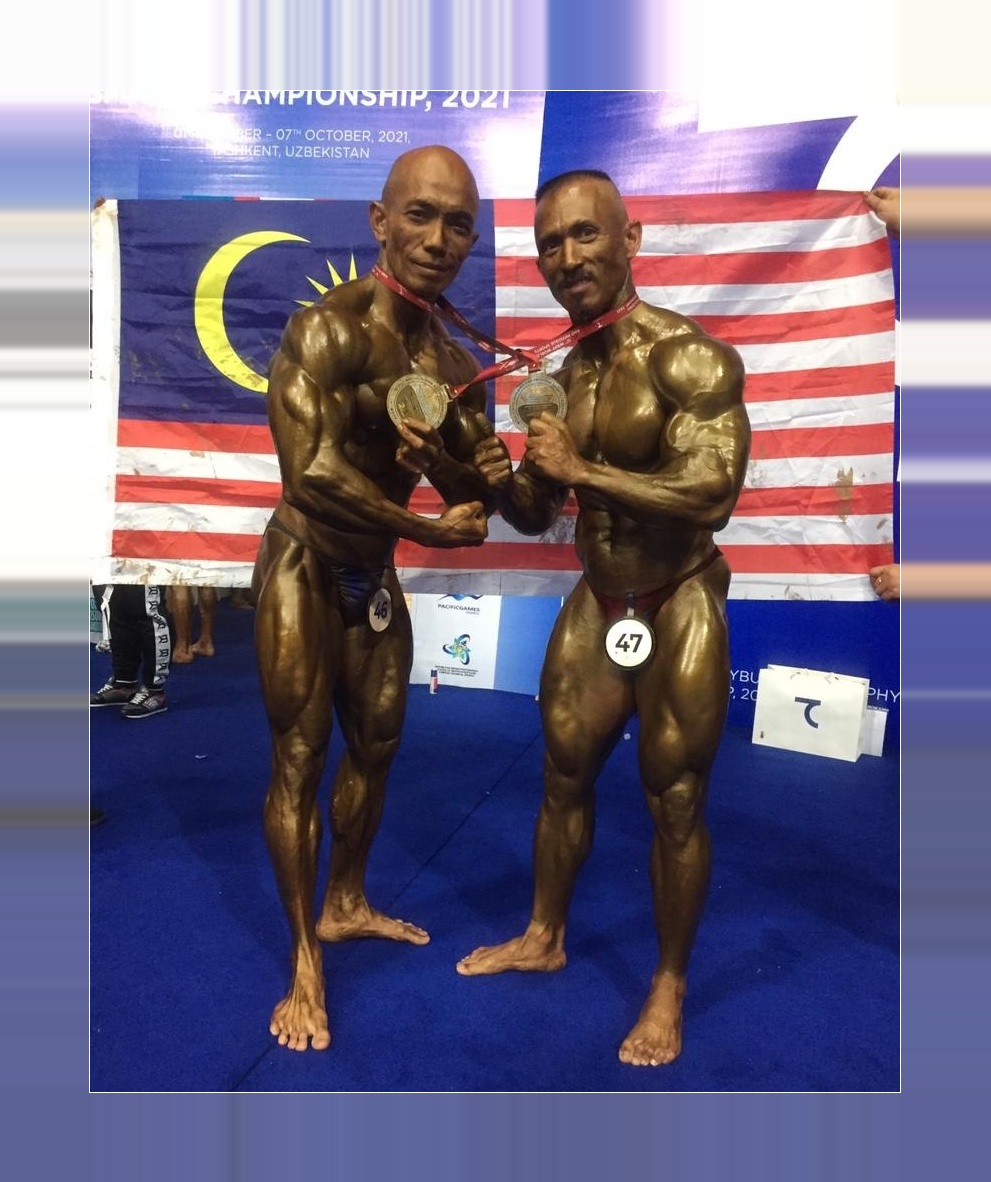 KUCHING (Oct 5): Buda Anchah and Dr Malvern Abdullah have made Sarawak proud by bagging silver medals at the 12th World Bodybuilding and Physique Sports Championships, held at the Hugo Arena in Tashkent, Republic of Uzbekistan on Monday.

Malvern, 46, also finished fifth in the same Masters category that Buda competed in.

In his congratulatory message, Kuching South Mayor Dato Wee Hong Seng, who is also president of Sarawak Bodybuilding Association (SBBA), said he was very proud of Buda and Malvern.

“We have no regret in sending the two (to the championships).

“That said, we would not have been able to go far without the support from the Minister of Youth and Sports Sarawak Datuk Abdul Karim Rahman Hamzah, and Assistant Minister Datuk Snowdan Lawan.

“Datuk (Abdul Karim) immediately responded within a day after we submitted the letter requesting funding and other necessary support meant for Buda and Malvern.

“Our thanks also to Dr Ong (Kong Swee) from Sarawak Sports Corporation for making all the necessary arrangements for our two elite bodybuilding athletes,” he told The Borneo Post here.

The seven-day world championships, which kicked off last Friday, is organised by World Bodybuilding and Physique Sports Federation (WBPF).

It is Malvern’s seventh appearance in the WBPF event, while Buda has been in the federation’s competitive circuit since 2009.