Wednesday, December 7
You are at:Home»News»Sarawak»Covid-19: Sarawak records 22 deaths from June 12 to Oct 5 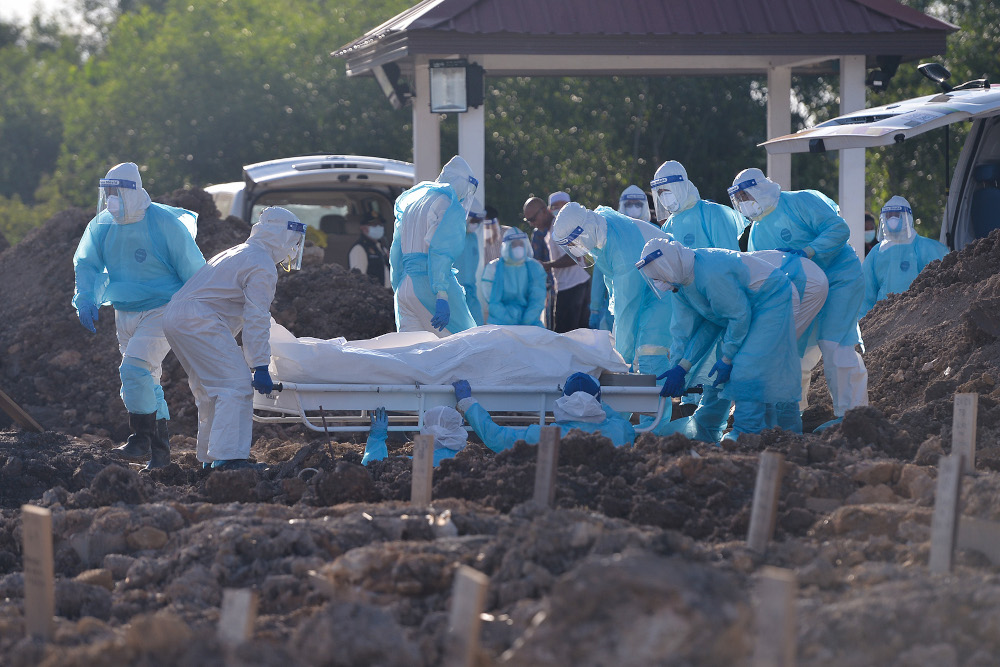 KUCHING (Oct 6): Sarawak logged another 22 deaths from Covid-19 today of which the cases had occurred between June 12 and Oct 5, said the State Disaster Management Committee (SDMC).

It said in its Covid-19 daily update that out of the new fatalities recorded, seven were brought-in-dead (BID) cases.

One of the BID cases involved a person with disabilities (OKU).

The victim was a 70-year-old woman from Sri Aman whose body was brought to Sri Aman Hospital on Oct 2. She also had hypertension and dyslipidemia.

Three BID cases have also been recorded on the same day, where two were from Kapit.

“Their bodies were brought to Kapit Hospital,” the committee said.

SDMC said the other victim was a 61-year-old woman from Sri Aman with diabetes, and her body was brought to Sri Aman Hospital.

The seventh BID case involved a 75-year-old man from Kapit who had a history of hypertension and dyslipidemia. His body was brought to Kapit Hospital.

On the other deaths, SDMC said Oct 4 recorded the most number of deaths with three in Bintulu, two each in Miri and Kuching, and one each in Kanowit and Sarikei.

They all died at Bintulu Hospital, SDMC said.

On Oct 3, five deaths were recorded, of which two were at SGH.

The latest death case was recorded yesterday (Oct 5) involving a 68-year-old woman from Kuching with hypertension, diabetes and chronic kidney disease. She died at SGH.