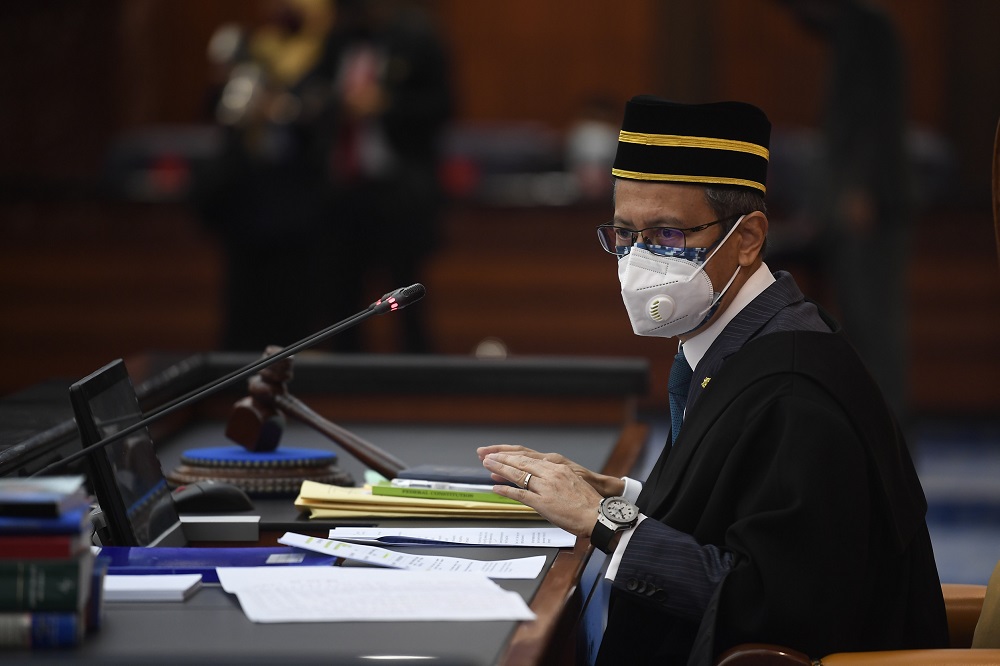 KUALA LUMPUR (Oct 6): The government and the opposition have agreed to change the composition of all Parliamentary Special Select Committees and the matter is expected to be laid before the Dewan Rakyat on Tuesday.

Dewan Rakyat Speaker Datuk Azhar Azizan Harun said the matter would first be brought to the House Committee tomorrow for a decision before the minister (concerned) tables the motion on the composition change on Monday morning.

“… after the minister’s motion on Monday morning, I will call the Select Committee at noon and God willing, on Tuesday we can lay before the House on the composition and new members of all the select committees.

“That is the latest status,” he said in response to a question from Teo Nie Ching (PH-Kulai) on the Special Select Committee on Education which she claimed has yet to hold any meeting.

Azhar explained that the absence of the meetings was because the committee’s chairman had been appointed as a Deputy Minister, thus forcing the committee to appoint a new chairman.

Earlier, Azhar had issued a reprimand on repeated and inaccurate answers provided by ministries during the question-and-answer sessions after this matter was raised by Teo and Hannah Yeoh (PH-Segambut).

“Let me ask the Dewan Rakyat secretary what happened, how can the same question be answered in the same session and the answer is identical. That shouldn’t have happened, I agree… we will take action to rectify the situation.

“I have also taken action on inaccurate answers and do not have details, many times … Kulai also wrote (to me on this) twice. I have have asked for better answers to be given.