Tuesday, October 19
You are at:Home»World»Supreme Court to hear case focused on torture of US 9/11 detainees 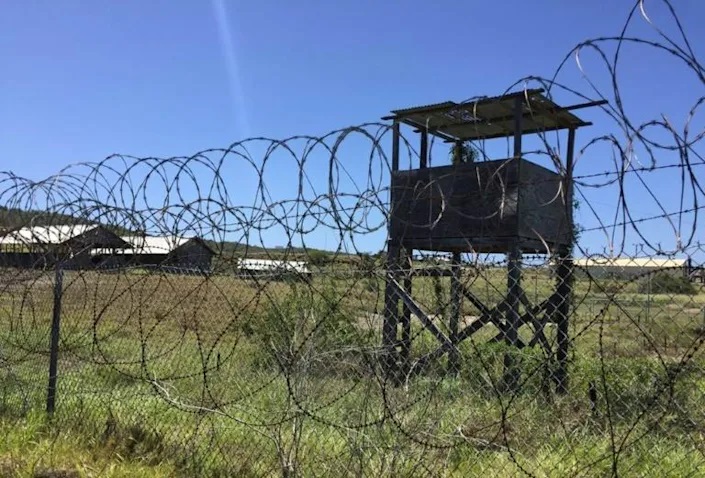 Alleged Qaeda supporter Abu Zubaydah remains in the US military prison camp in Guantanamo Bay, Cuba, never having been charged since his detention and torture by the CIA in 2002. – AFP photo

The CIA’s torture of Al-Qaeda suspect Abu Zubaydah at a black site in Poland two decades ago comes up before the US Supreme Court Wednesday in a case challenging the government’s desire to keep his treatment secret.

Abu Zubaydah wants the US high court to force two CIA psychologists who ran the agency’s brutal “War on Terror” interrogations of suspects detained after the September 11, 2001 attacks to testify in his case against Poland, where he says he was tortured by American intelligence from 2002-2003.

But the CIA and the US Justice Department are arguing against that, citing “state secrets privilege” to protect national security-related information.

Saudi-born Palestinian Zayn Al-Abidin Muhammad Husayn, 50, better known as Abu Zubaydah, has never been charged since he was first seized in Pakistan in 2002 and ferried between several secret CIA jails for questioning before being dropped in the military detention center in Guantanamo Bay, Cuba in 2006.

He was the first US detainee to be subjected to water-boarding, body-slamming and other harsh techniques, after the US government labelled him a top plotter of the 9/11 attacks.

Zubaydah was allegedly tortured in CIA-run black sites in Thailand, Poland and elsewhere.

Since sending him to Guantanamo, however, the CIA conceded he was never a member of Al-Qaeda and was not involved in planning the 9/11 attacks, according to a 2014 Senate report on the interrogations.

Despite this, Zubaydah remains held without charge in Guantanamo. His release has been repeatedly blocked, with the government claiming that he is an unrepentant Al-Qaeda supporter.

In 2010, he sued in Poland, seeking to hold the government there responsible for his treatment.

Backed by the European Court of Human Rights, he needs depositions from the two psychologists, James Mitchell and Bruce Jessen, to support his claim of having been tortured at a secret CIA site in Poland with the complicity of Polish officials.

But the US government and CIA want to block their testimony, even though Polish officials have acknowledged the existence of the CIA site, and the US Senate has documented Abu Zubaydah’s treatment.

“Certain categories of information — including the identities of its foreign intelligence partners and the location of former CIA detention facilities in their countries — could not be declassified without risking undue harm to the national security,” the US government argues, according to case documents.

US courts have generally held firm on government “state secrets” claims, but supporters of Zubaydah’s case say that, nearly 20 years later, there aren’t many secrets left.

“It’s basically an attempt to keep information secret. Now the weird thing is that everybody knows the secret,” said David Cole of the American Civil Liberties Union. – AFP