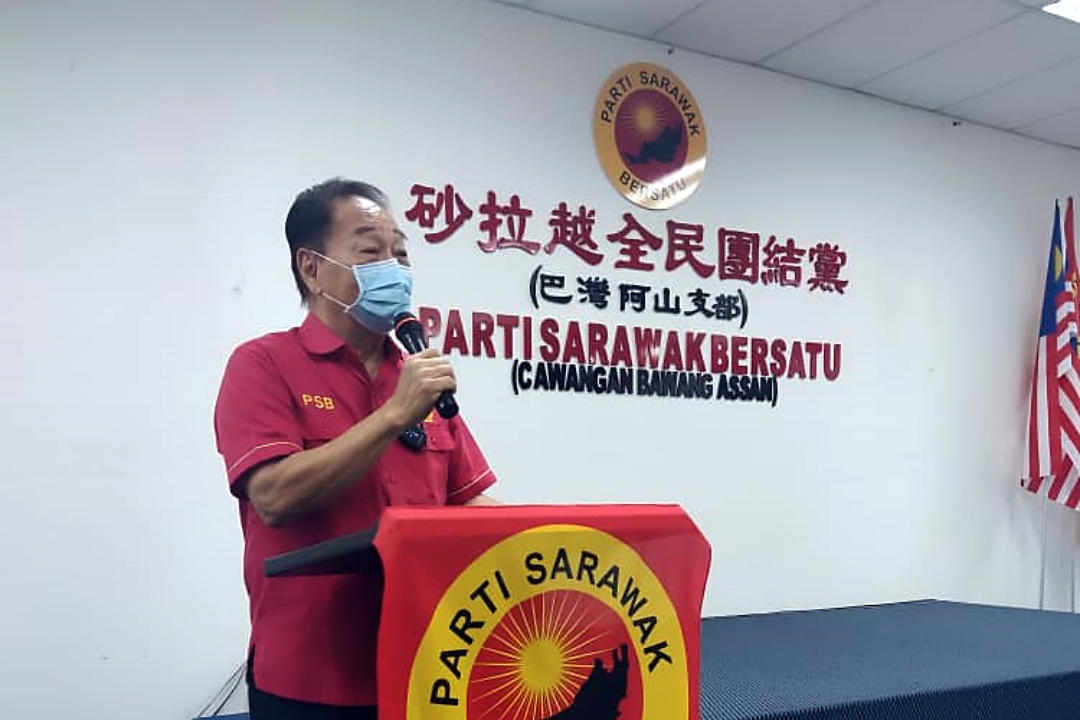 He said the ruling coalition must not prioritise politics over the health and general wellbeing of Sarawakians, more so with the state consistently recording the highest number of daily Covid-19 infections in the country.

“Lately, I have been informed by trusted sources that there is an ongoing movement within GPS itself to hold PRN12 soon. Their motivation is that the recent High Court decision to allow 18-year-olds to vote (Undi18) does not work to their advantage, hence the haste to avoid this unpredictable block of voters.

“Further as the ruling coalition, they would be able to dictate election procedures during the pandemic to their own advantage, with unfair measures like imposition of a ‘no campaign’ election,” said the Bawang Assan assemblyman in a statement yesterday.

With the Election Commission already instructed by the federal government to implement Undi18 – the lowering of the voting age from 21 to 18 – before Dec 31 this year, Wong wondered if the GPS government feared the under-21 group of voters and thus wanted to beat the court-imposed deadline.

“It must be pointed out that resorting to this tactic amounts to depriving this group of voters of their legal right to have a say in the governance of the state and their future as Sarawakians, and that is a most dishonourable thing to do.

“While we acknowledge that the number of fully vaccinated adults and even teens is relatively high and continues to increase, we must take into account that children below 12 years old and babies are not vaccinated yet,” he said.

He said the immunity level of this group of the population is not fully developed yet and that calling an election now would be very irresponsible, as adults could ‘bring home’ the virus and infect the young and vulnerable.

Wong went on to claim that Sarawakians are also questioning the timing of the recent lifting of inter-district travel restrictions and whether this had anything to do with plans to hold the state election soon.

“If that indeed is the motive, why the hurry when the Sarawak Emergency is due to be lifted only in February next year, three months from today?

“PSB as concerned Sarawakians respectfully appeals to the Yang di-Pertuan Agong not to agree to any request from GPS to prematurely lift the Sarawak Emergency.

“GPS should not be focused on the election but instead should use the remaining period to diligently work toward managing the very virulent Delta variant and minimise its effects on the people of Sarawak,” he said.

On PSB’s readiness to face the polls, Wong said he is confident the party’s policies coupled with its able leaders and candidates “will trump GPS’ hot air”.

“We hope to provide Sarawak with a better and more efficient government than GPS. In that regard, we are ready to fight the PRN12 on a level playing field at any time.

“However, we do not support any call for an early election before the termination of the Emergency period, as the Covid-19 menace in Sarawak is far from over with infections rates continually the highest in the nation,” he said.