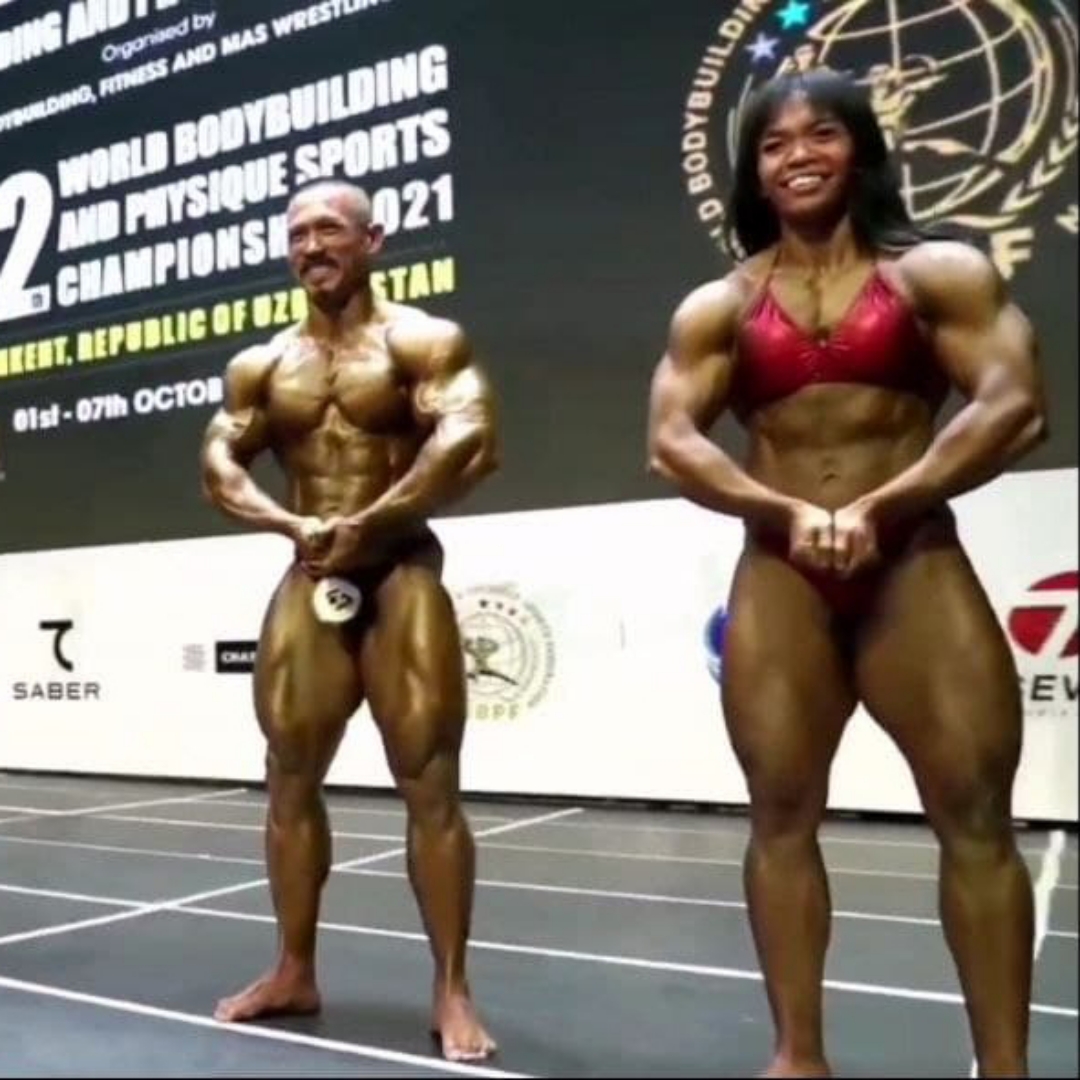 Buda and Meilaura during their routine for the Mixed Pair finals. 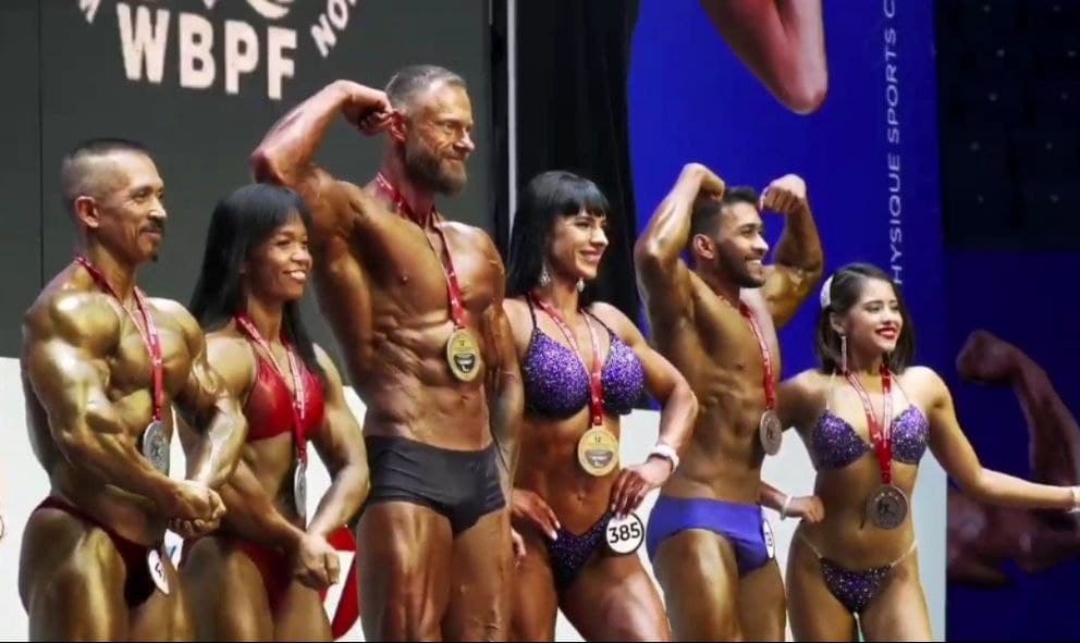 (From left) Buda and Meilaura join Sikachina, Vorona, Mishra and Pradhan in a group photo taken after the presentation of medals.

Meanwhile, the total medal collection by Malaysia in the year’s tournament comprised two golds, four silvers and one bronze.

Apart from the one that came from the Mixed Pair event, the other three silver medals were contributed by Sarawakians – Buda, 48, who placed second in both Men’s Bodybuilding (Up to 70kg) and Men’s Masters Age Group 40-49 (Up to 80kg) categories; and university lecturer Dr Malvern Abdullah, 46, who finished first runner-up in the Men’s Bodybuilding (Up to 60kg) event.

Fellow team-mate Ahmad Faiz Ariffin was among the Top 5 in the Men’s Athletic Physique (Up to 175cm) fight, while Zmarul Al Adam Pulutan Abdullah competed in the Men’s Bodybuilding (Up to 80kg) event. 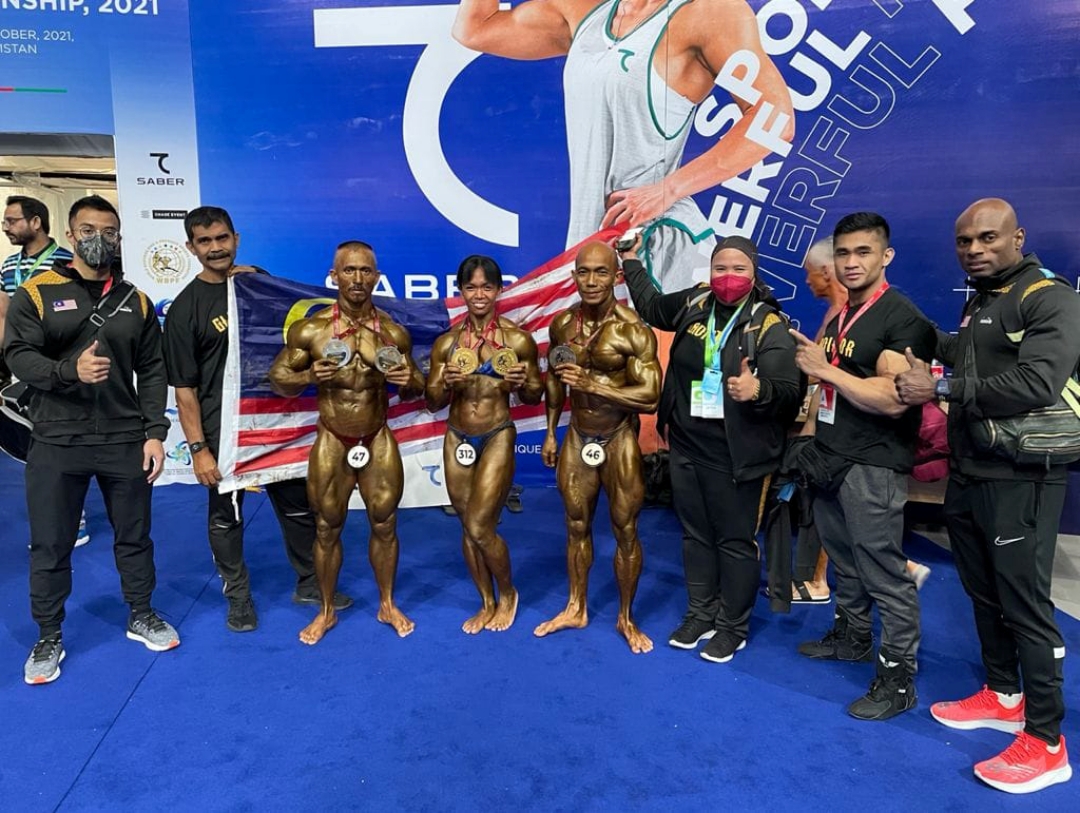 Organised by the World Bodybuilding and Physique Sports Federation (WBPF), the seven-day championships, which kicked off on Oct 1, were held under strict compliance with the rules and restrictions set by the overseeing authorities in the hosting country, which included no mass spectators.

At the closing ceremony, WBPF president Datuk Paul Chua announced that the host for the 13th edition of the championships next year would be Medan in North Sumatra Province of Indonesia.