Sunday, October 24
You are at:Home»Lite Stories»Winnie-the-Pooh bridge fetches over RM749,000 at UK auction 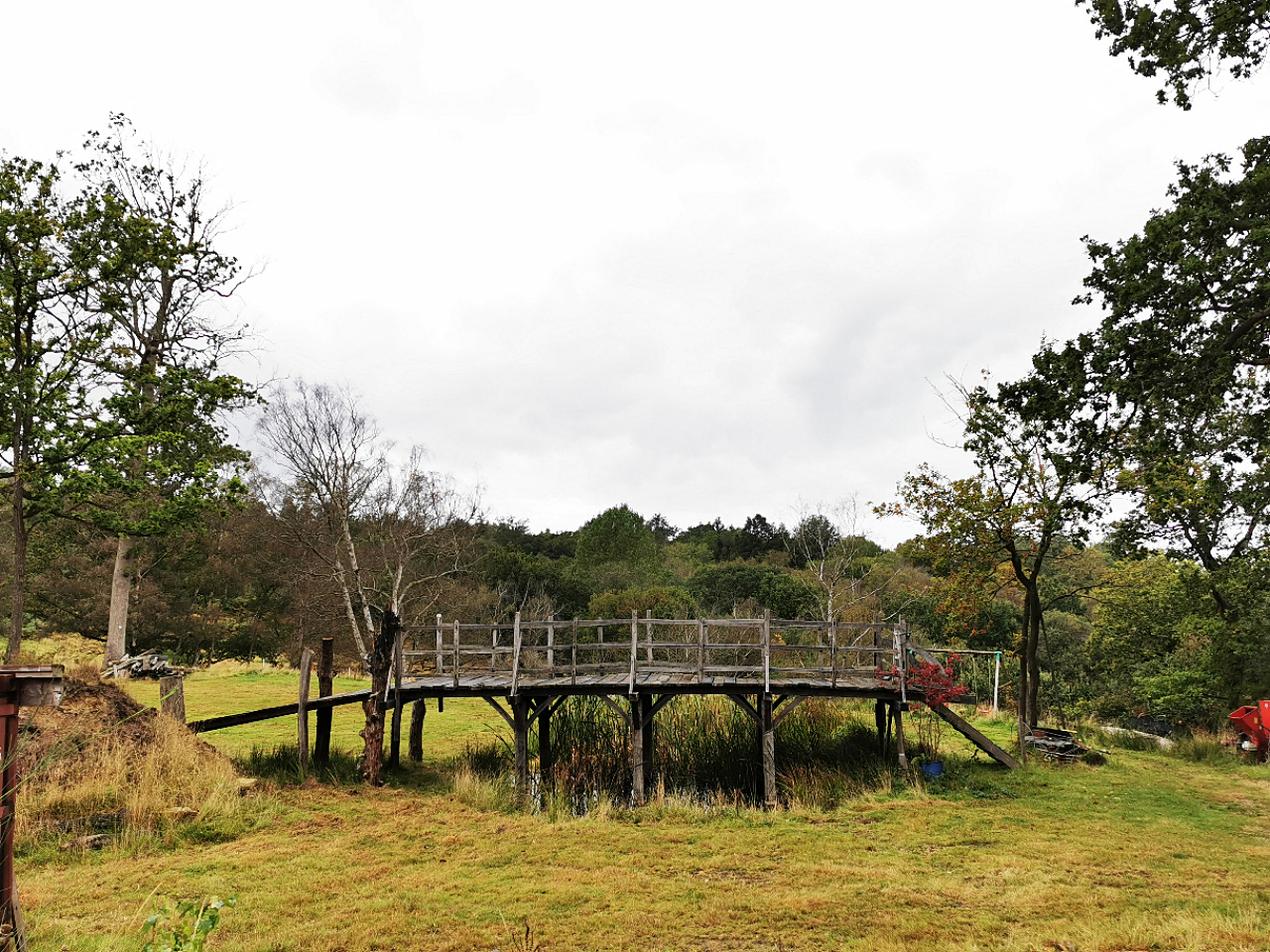 An undated handout photograph received from Summers Place Auctions in London on Oct 5, 2021 shows a wooden bridge, originally known as Posingford Bridge, that was constructed in 1907 in Ashdown Forest. The bridge depicted by Milne in his children’s books about honey-loving teddy bear Winnie-the-Pooh has sold at auction for more than twice its estimated price. — AFP photo/Summers Place Auctions

LONDON (Oct 8): A bridge depicted by author AA Milne in his children’s books about honey-loving teddy bear Winnie-the-Pooh has sold at auction for more than twice its estimated price, a UK-based auctioneer said Thursday.

Built in 1907 in Ashdown Forest in southern England but later replaced and restored, the bridge fetched £131,625 (RM749,376) in a sealed bid, auctioneer Summers Place Auctions said.

Originally known as Posingford Bridge, it captured the imaginations of generations of children as “Poohsticks Bridge” where the bear protagonist invented a game dropping sticks and pinecones into the water below.

Milne’s son Christopher Robin, who inspired the books and shared his name with the boy who joined Pooh in his adventures, played on the bridge in the 1920s before it appeared in the books, illustrated by EH Shepard.

Though the lot attracted global bids, the bridge was ultimately claimed by local aristocrat William Sackville, whose Buckhurst Park estate is located just a short distance from where the bridge was built.

Sackville, whose lands encompass the area recreated in the Pooh books as the “Hundred Acre Wood” said he was “delighted” with the purchase.

“It will take pride of place on the estate close to its original position and I hope that many children (and adults) will be able to admire the original bridge which inspired one of the most famous games still played by children in the UK and abroad — ‘Poohsticks’,” he said. — AFP

Previous Article12- to 17-year-olds in Kuching who missed appointments have until noon today for walk-in Covid-19 jab
Next Article Michelangelo’s David not censored at Dubai Expo, officials say