Saturday, January 22
You are at:Home»News»Sabah»1.12 metric tonnes of sugar seized from premises 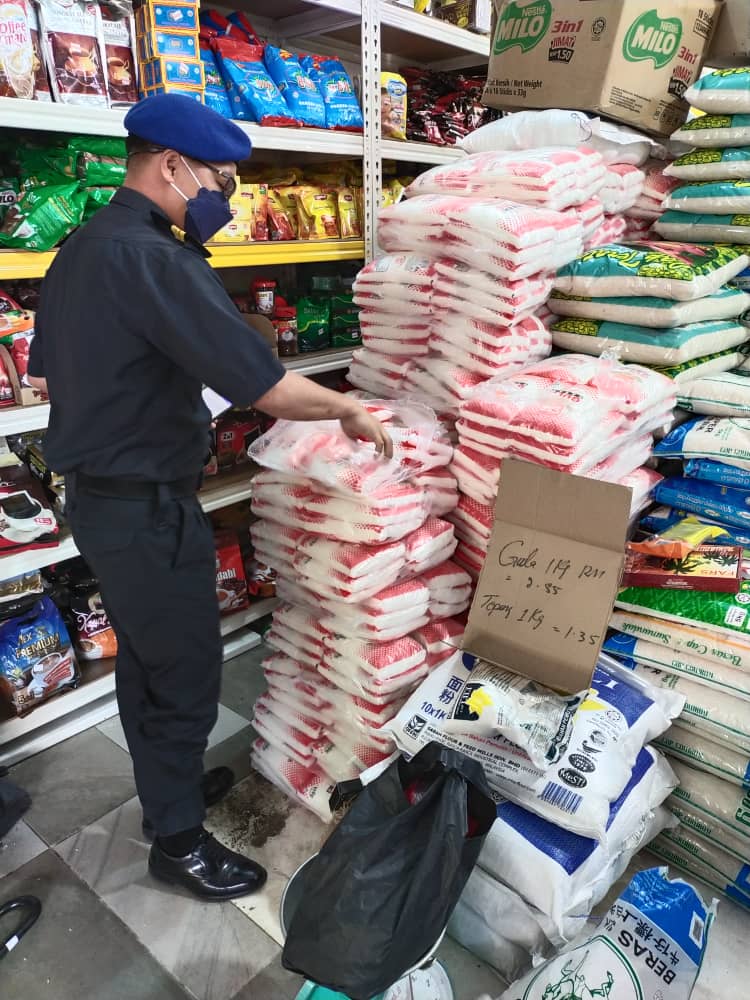 An officer from KPDNHEP inspecting sugars that were believed sold above the maximum price at a premises in Ranau recently.

TUARAN(Oct 9): The Ministry of Domestic Trade and Consumer Affairs (KPDNHEP) seized 1.12 metric tonnes of sugar worth RM3,192 from a premises in Ranau recently.

KPDNHEP Tuaran enforcement officer Saripudin Moleng said the raid was carried out following a public complaint on the sale of the controlled item exceeding the maximum price.

“A team was sent to the premises for a two-day inspection and found that the premises owner did not have any valid letter from the Malaysian Supply Controller to sell controlled items.

“We have recorded the owner’s statement and an investigation will be carried out,” he said in a statement on Saturday.

Saripudin said the case will be investigated under the Control of Supply Act 1961 which carries a fine of up to RM1 million or three years in prison, or both, if found guilty.

Meanwhile, Saripudin warned owners and shop owners not to take advantage of the current pandemic situation by selling controlled goods above the maximum prices that have been set and not to
hide or keep controlled goods in order to gain extra profits.

He also urged the public to come forward and continue to channel information to KPDNHEP through its official complaint channel on any suspicious activities of misappropriation of controlled items.