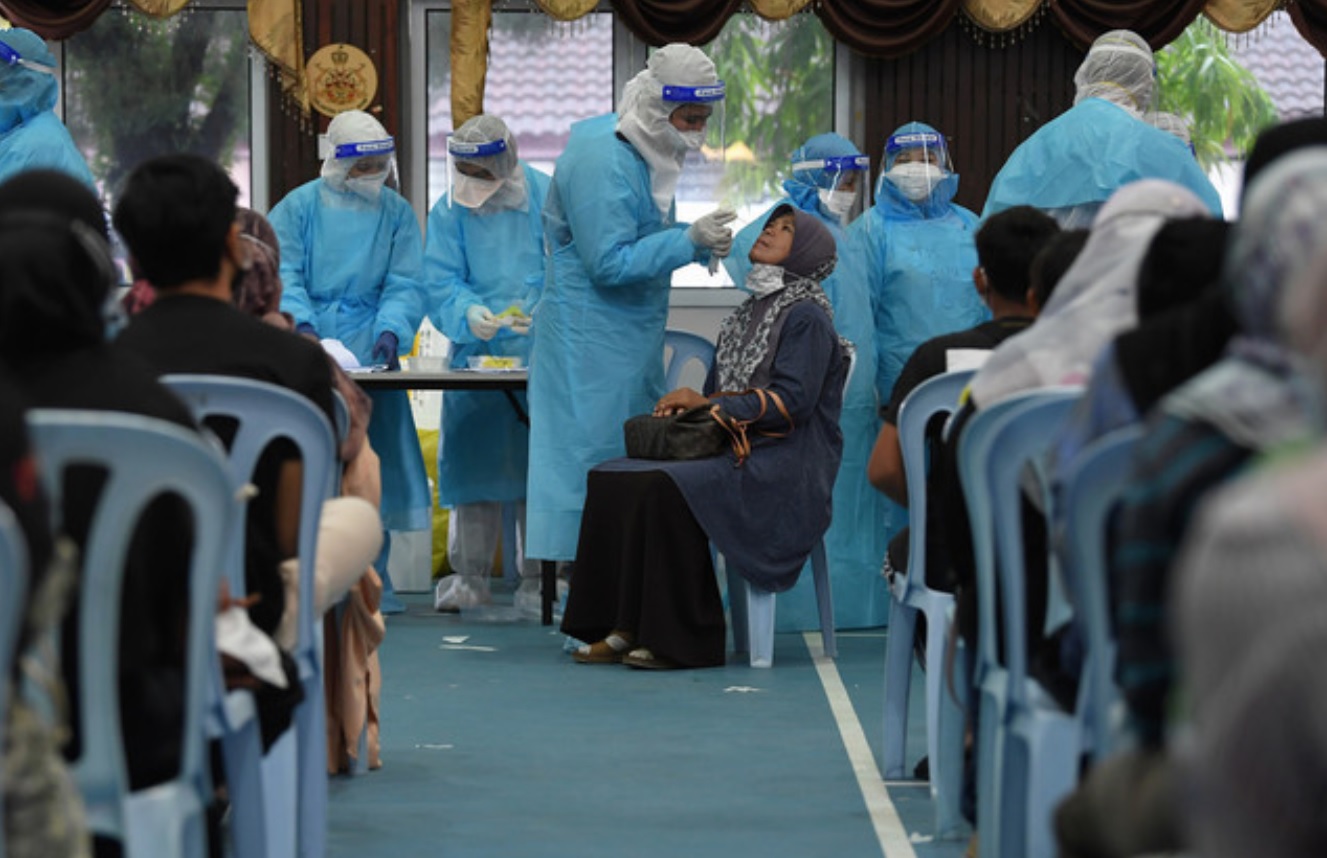 A woman undergoes a swab test for Covid-19 during a mass screening exercise. – Bernama photo

KUALA LUMPUR (Oct 9): Malaysia recorded 14,422 recoveries from Covid-19 today, exceeding the number of daily new infections which were at 8,743.

Health director-general Tan Sri Dr Noor Hisham Abdullah, in a statement today, said of the total new cases reported, 98.6 per cent or 8,621 cases were in categories one and two, namely asymptomatic or with mild symptoms.

He said 770 patients are being treated in the intensive care unit (ICU), 419 of whom require respiratory support.

Pahang became the state with the highest number of new clusters, with three clusters comprising workplaces, communities and high-risk groups.

He said the Covid-19 infectivity rate or R-Naught (Rt) nationwide today was 0.86 with Putrajaya recording the highest Rt value at 1.11.

According to him, detailed information on the current situation of Covid-19 infection in Malaysia will be uploaded on the COVIDNOW website. – Bernama