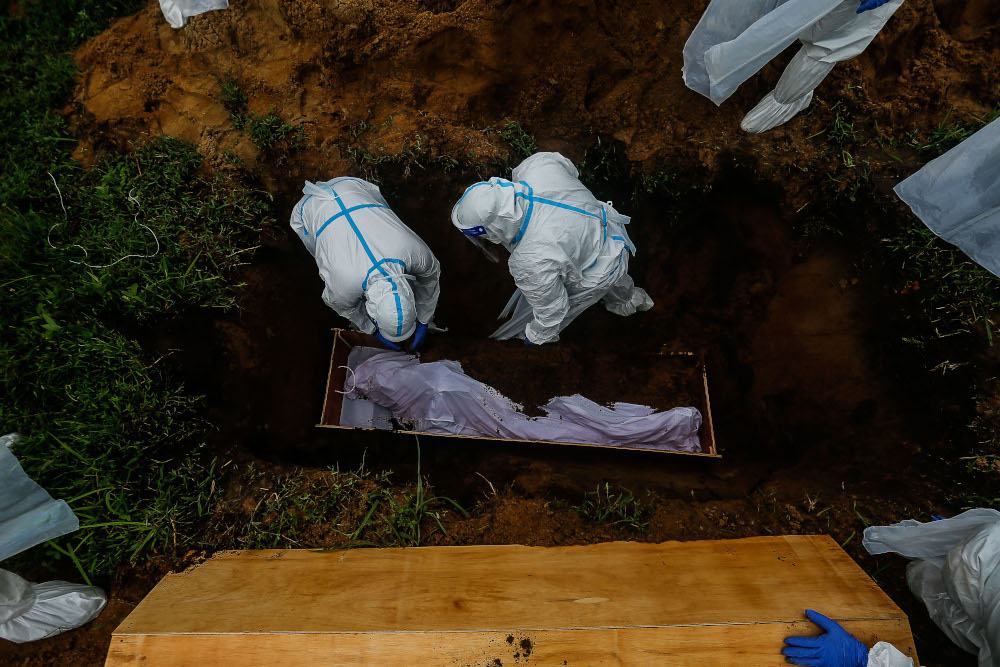 Out of the new deaths logged, 23 cases had been brought in dead. — Malay Mail photo

Data from MoH’s official CovidNow website also reported that 65 of the 78 deaths occurred in the last seven days, while the remaining happened before that, but were only recorded yesterday.

The new recorded deaths brought the cumulative numbers of fatalities in Malaysia due to Covid-19 to 27,191.

The seven-day death average was also down to 105 compared to an average of 268 deaths in the last 30 days.