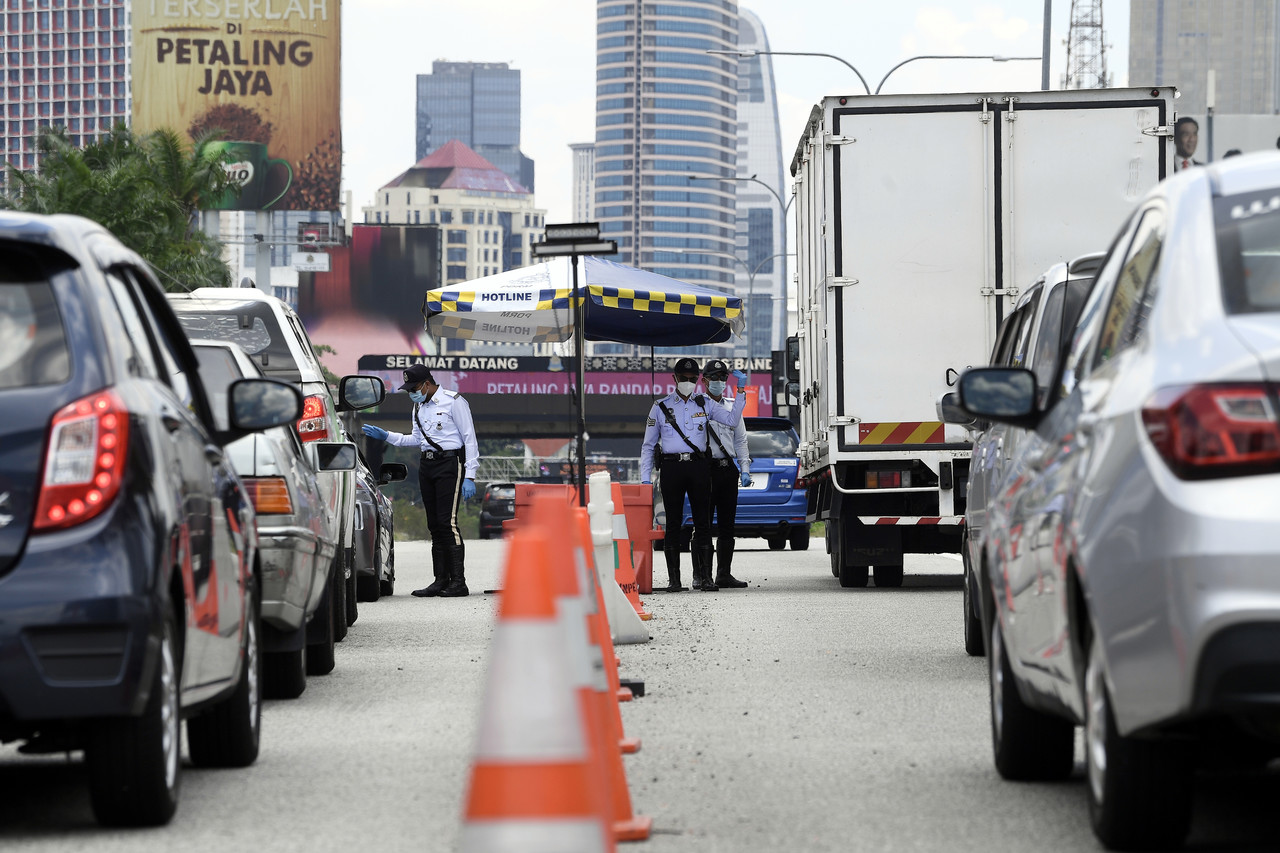 Land transport operators and ferry service providers are among the earliest groups to make preparations ahead of the announcement as the cross-state clearance is expected to increase the number of visitors thronging tourist destinations in the country. – Bernama photo

KUALA LUMPUR (Oct 9): Malaysians, especially tourism industry players, are holding their breath for the government’s announcement on the lift of the interstate travel restrictions which is expected anytime soon.

Yesterday, Prime Minister Datuk Seri Ismail Sabri Yaakob was reported as saying that interstate movement would be allowed nationwide after 90 per cent of the adult population have received their complete Covid-19 vaccination.

And as of last night, Malaysia reported that 89.4 per cent of its adult population have been vaccinated against the deadly virus.

Land transport operators and ferry service providers are among the earliest groups to make preparations ahead of the announcement as the cross-state clearance is expected to increase the number of visitors thronging tourist destinations in the country.

To better manage the expected influx of tourists, ferry operators in Langkawi and Kangar are ready to increase the number of ferry trips plying between the two locations.

Konsortium Ferry Line Ventures Sdn Bhd human resources and operations manager Captain Baharin Baharom said currently the ferry service for the Kuala Kedah to Langkawi route only runs once a day and twice a day from Kuala Perlis to Langkawi.

He said tourists should be at the jetty two hours ahead of departure time to avoid congestion, to further facilitate the health and safety screening process that is required before they are allowed to enter the resort island, especially with the rise in the number of visitors to Langkawi.

In PAHANG, an employee of the Teluk Gading Jetty Ferry Terminal (formerly known as Tanjung Gemok jetty) Nurhanim Mohd Jaaffar advised visitors to comply with the standard operating procedures (SOPs) set to prevent the spread of the Covid-19 outbreak, including observing the physical distancing rule and wearing a face mask.

She said frequent sanitation operations would be carried out at the jetty as well as in the ferries that would transport tourists to Pulau Tioman.

In PERAK, most taxi operators in Pulau Pangkor are ready to receive tourists by ensuring their vehicles are in the best of condition and complying with the SOPs such as providing the QR code to the MySejahtera mobile application.

Perak branch of Malaysia Inbound Tourism Association (MITA) chairman Hisham Yusof said that he hoped the government would provide clear SOP guidelines in line with the SOPs issued by state local authorities so as not to confuse operators and tourists.

“It won’t do if Malaysians have been allowed to make interstate travel but the SOPs for state operators have not been issued, thus making us unable to operate,” he said when contacted by Bernama.

In KUALA LUMPUR, the country’s integrated transportation hub, Terminal Bersepadu Selatan (TBS) in Bandar Tasik Selatan is expected to experience a high volume of passengers once interstate movement is allowed.

In NEGERI SEMBILAN, Malaysian Chartered Bus Operators Association president Mohd Rofik Mohd Yusoff said its operators had made early preparations, including ensuring that all their buses were sanitised.

Seremban Rental Car and Taxi Drivers Association chairman P Ravi Chantar, 55, said the interstate flexibility would give a ray of hope to the taxi industry in Seremban that has been badly impacted by the ongoing pandemic.

In MELAKA, between 8,000 and 15,000 passengers per day are expected to use the services provided at the Melaka Sentral transport terminal in Jalan Tun Razak, especially the express bus services when Malaysians are allowed to make interstate travel.

Melaka Sentral Sdn Bhd general manager Abu Bakar Jani said this would involve between 280 and 340 express bus trips in a day from various locations throughout the country.

Besides ensuring SOP compliance by controlling the exit and entry routes to the terminal, he said all 47 staff including 24 staff manning the terminal’s ticket counters have been fully vaccinated against the Covid-19 virus.

He said to ensure passengers’ safety, only those who have been issued the vaccination digital certificate via the MySejahtera mobile application would be allowed to use the express bus services.

Meanwhile, Rapid Penang when contacted by Bernama said it would closely monitor passenger flow so it could increase the frequency of its bus services when the need arises.

Rapid Bus Sdn Bhd would only allow fully vaccinated staff to work in the front line for services in Kuala Lumpur, Selangor, Penang and Kuantan, it added.

In JOHOR, Iskandar Region Taxi Drivers Cooperative board member Zulkifli Zainudin said the state land public transport operators have made thorough preparations ahead of the government’s announcement in allowing interstate travel including ensuring that drivers have been fully vaccinated, apart from making sure their vehicles are frequently sanitised.

In SELANGOR, the I-City Theme Park in Shah Alam which was temporarily closed due to the spread of the virus outbreak was reopened yesterday and ready to welcome out of state visitors as soon as interstate travel is allowed. – Bernama