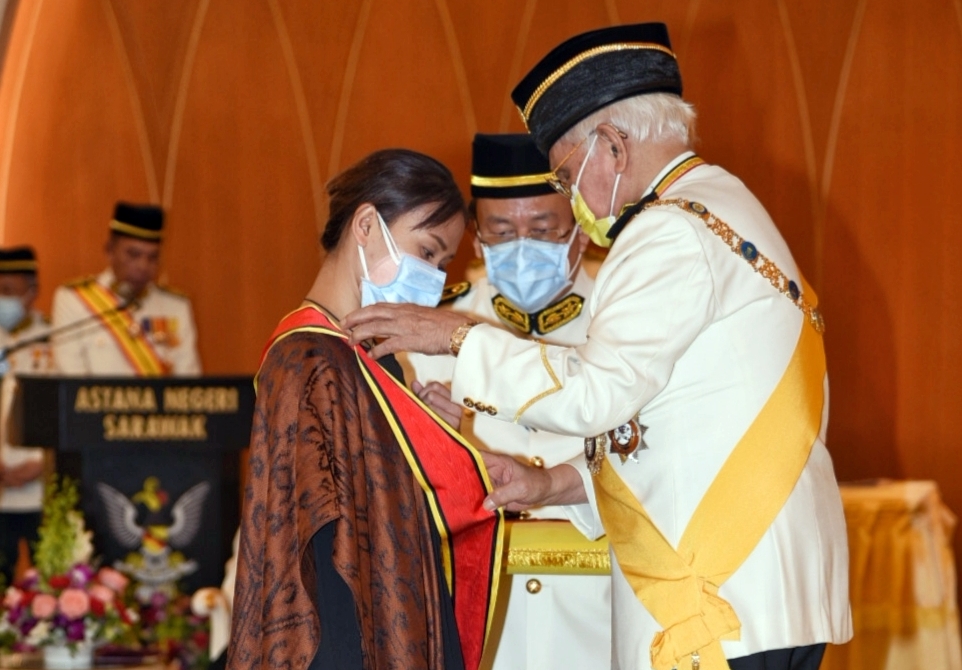 He said the conferment of the award and title to Pandelela, a Bidayuh lady from Kampung Jugan in Bau, has a special meaning and significance especially for the Bidayuhs who hail from Bung Bratak.

“The award of Datoship to our long-admired and famous diving queen Pandelela Rinong was, in my humble opinion, above the usual cut and a special class of its own. It was very special and out of the ordinary because the person awarded was just simply extraordinary – being a rural Bidayuh girl from a humble family of Kampung Jugan at Bung Bratak, Bau.

“Out of sheer courage and determination, total focus and dedication and real grit, she has brought international honour and glory to not only Sarawak and Malaysia but also the Dayaks generally. And of course, she brought pride and joy to the small economically-struggling Bidayuh community of Sarawak, a minority group that many others do not really know until Pandelela came along and about,” he said today.

Minos said he personally knows Pandelela pretty well since they are both from the Bung Bratak villages with Minos’ village of Kampung Stenggang located ‘next door’ to Kampung Jugan.

“When I first met her years ago with her father, she struck me as one supremely confident young girl, self-assured, very calm and cool. I remember this quote from her: ‘I want to be the best in diving to see the world’, with her little sweet smile.

“I thought then that she was a little bit too confident of the usually humble and pretty shy Bidayuh girl. I turned out to be very wrong in underestimating her, because she meant what she said and had done everything in her life and power to be the very best and reached the very top to end up as the diving queen of Malaysia,” he said.

According to him, Pandelela has not only brought great inspiration to Malaysians everywhere, young and old, she also has shown that with great determination, passion, supreme confidence, total focus and real grit, any Malaysian from whatever background can and will go to the very top.

“Congratulations Pandelela Rinong and love from Bung Bratak where we originally came from,” he said.