Wednesday, October 27
You are at:Home»News»Court»Court allows Ahmad Zahid’s application for temporary release of passport to seek treatment in Germany 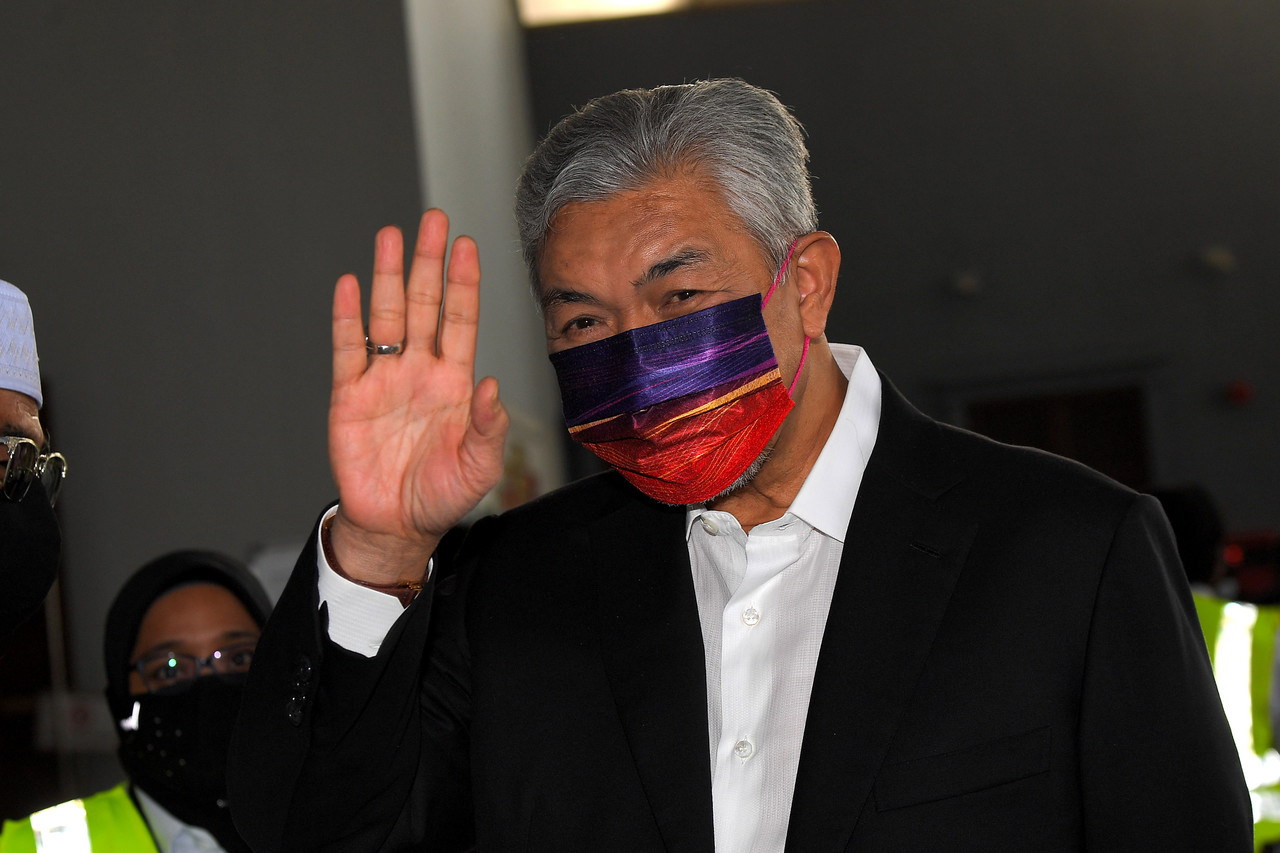 Ahmad Zahid is seen at the Kuala Lumpur Courthouse on Sept 22. – Bernama photo

SHAH ALAM (Oct 11): The High Court here today allowed an application by Datuk Seri Dr Ahmad Zahid Hamidi, who is facing 40 charges of corruption involving the extension of contract to Ultra Kirana Sdn Bhd (UKSB) to operate the Foreign Visa System (VLN), for the temporary return of his passport to enable him to go to Germany for treatment.

His lawyer, Datuk Ahmad Zaidi Zainal, said the application was made at the Shah Alam High Court before judge Datuk Mohd Yazid Mustafa.

The application is similar to the one made at the Kuala Lumpur High Court last week, he said when met by reporters here today.

He said the temporary release of the passport would not affect Ahmad Zahid’s next trial date, which is on Oct 22.

Last Oct 7, lawyer Hamidi Mohd Noh, also representing Ahmad Zahid, said his client had applied to the Kuala Lumpur High Court for his passport to be released on Oct 26 and would be returned on Nov 21.

Hamidi informed High Court Judge Datuk Collin Lawrence Sequerah that his client was suffering from back and neck pain and needed to get treatment from a leading specialist in Munich.

Ahmad Zahid is facing 33 charges of receiving bribes amounting to S$13.56 million (RM42 million) from Ultra Kirana Sdn Bhd as an inducement for himself in his capacity as a civil servant and the then Home Minister to extend the contract of the company as the operator of OSC in China and the VLN system as well as to maintain the agreement to supply VLN integrated system paraphernalia to the same company by the Home Ministry.

Previous ArticleNo power crunch, says India over blackout fears
Next Article World Cup in 2022 ‘will be my last’, says Neymar