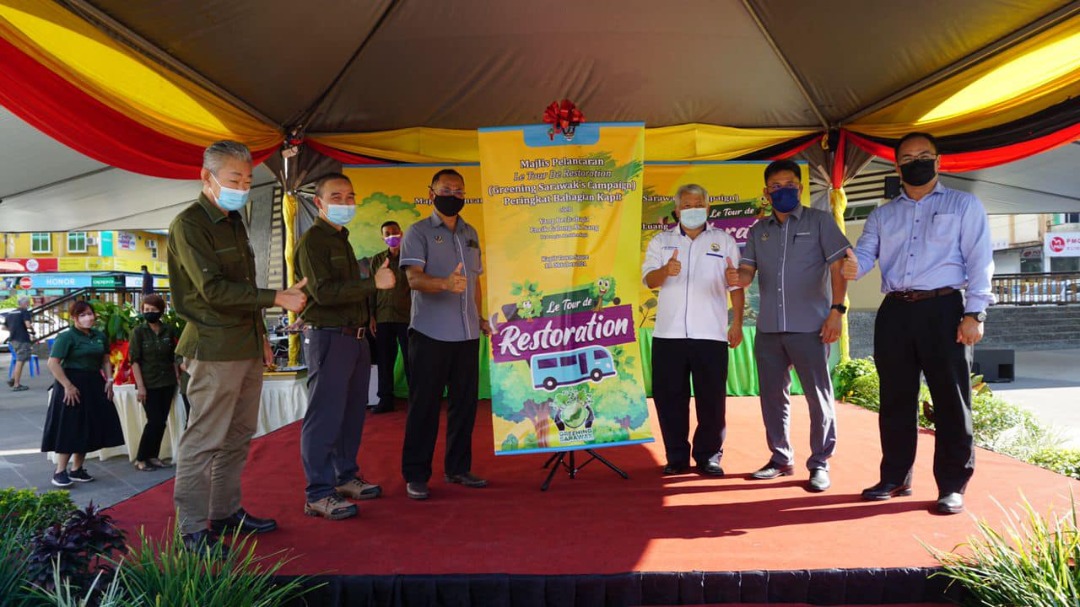 KAPIT (Oct 11): The Sarawak Forest Department has introduced a new innovation called the ‘Seed Ball’ to speed up and facilitate tree planting efforts in areas that are difficult to explore by machinery or humans.

This is a bid to boost forest restoration in the Sarawak.

“The use of seed balls is a very appropriate method because the terrain in Sarawak, especially in Kapit, is hilly and it makes it difficult to replant trees in the area,” said acting Resident of Kapit Division Galong Luang.

He added that the cost of preparing seed balls was cheaper compared to other methods.

“In addition, Seed Ball has a tree seed germination rate of up to 90 per cent after seven to 14 days of sowing,” Galong said when officiating at the Le Tour De Restoration (Greening Sarawak Campaign) for Kapit Division at Kapit Square today.

He said that the state government had shown their full commitment to the restoration programme by allocating RM62 million to the department to implement all its activities planned.

“I understand that the federal government through the Ministry of Energy and Natural Resources (KeTSA) has channelled an allocation of RM6.37 million to implement the Mangrove Plantation Programme (‘Program Tanaman Bakau’) and the Restoration Programme through Social Forestry (SOSIL) to the Sarawak Forest Department this year,” he added.

The department also provides a mobile exhibition or ‘Interactive Information’ on the restoration of Sarawak’s forest landscape and distributes saplings to government agencies, the private sector and the public to realise the main agenda of the Sarawak government to achieve the target of 35 million trees planted within five years from 2021 to 2025.