Monday, January 24
You are at:Home»News»Sabah»Pygmy elephant’s carcass found in Sukau 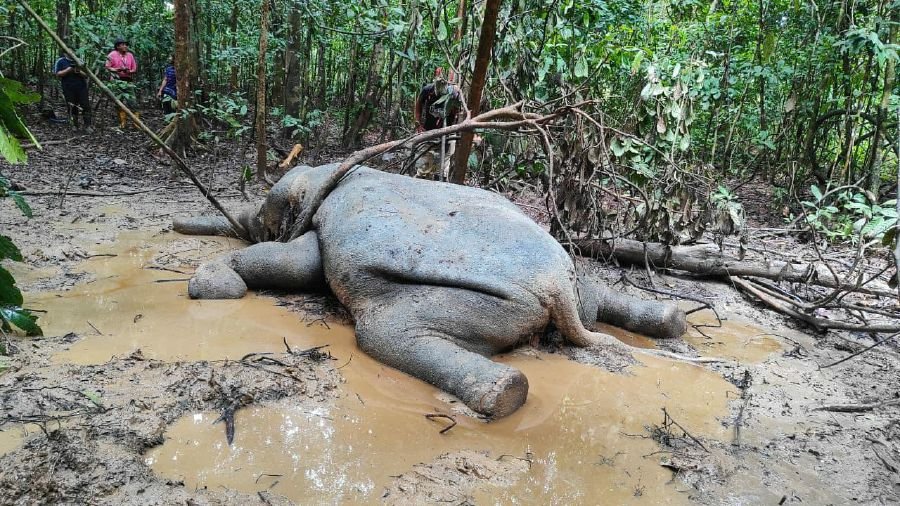 The carcass of a female pygmy elephant was found at a wildlife sanctuary in Sukau.

KINABATANGAN (Oct 11): A carcass of a female pygmy elephant was found at a wildlife sanctuary in Sukau near here last Saturday (Oct 9).

Sabah Wildlife Department (SWD) director Augustine Tuuga said the death of the jumbo, estimated to be about 25 years old, was believed to have been caused by inflammation to its internal organs.

“It is a bit too early to suspect whether there was foul play involved.

“Samples have been sent to the National Poison Centre for analysis,” he told Bernama when contacted here on Monday.

Kinabatangan Police Chief Supt Dzulbaharin Ismail said on Saturday evening, police received a report of the carcass, discovered by a group of wildlife researchers at about 8.30 am at Kinabatangan Wildlife Sanctuary near Sungai Resang, Sukau.

He said no organs or body parts were missing and it was believed that the elephant had died three or four days ago.

“The autopsy found that the elephant’s death is believed to be because of severe inflammation of several internal organs such as the intestines and stomach, causing the organs to not function,” he said in a statement.