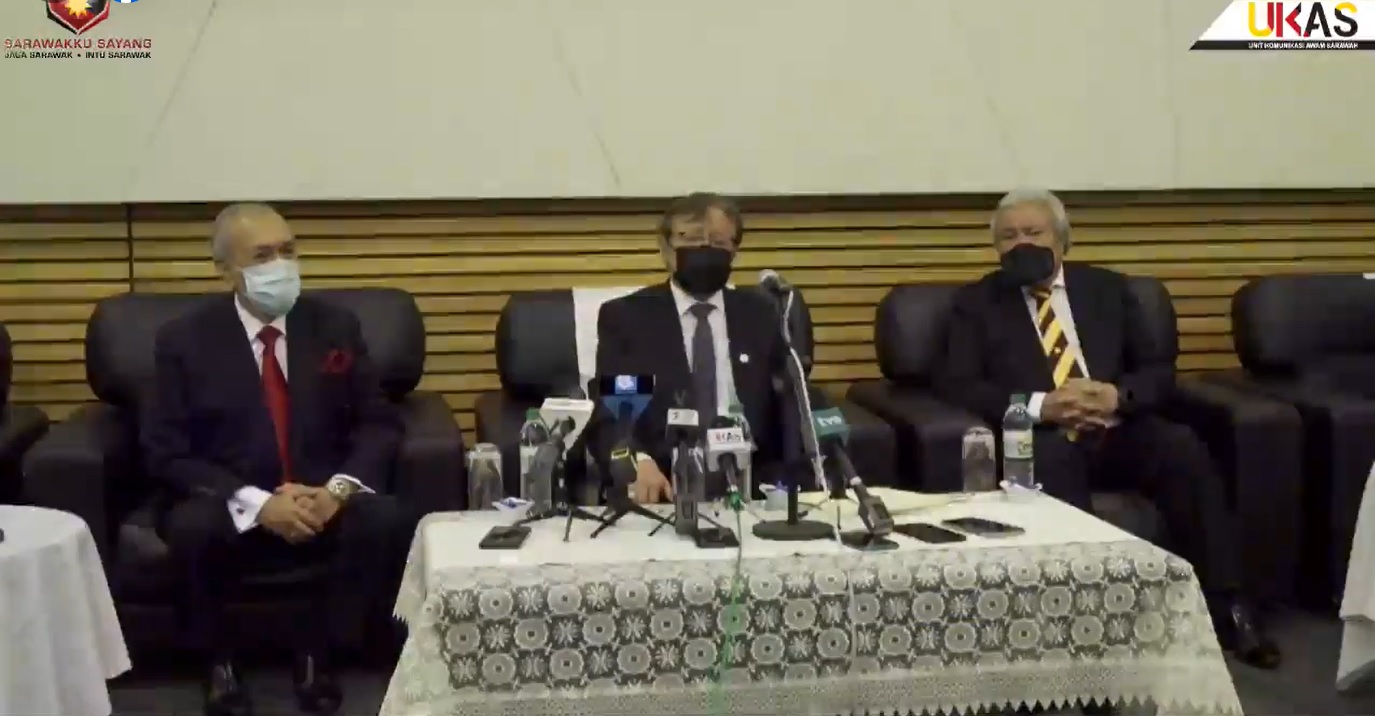 “This is an expansionary budget in these uncertain times. We are giving focus on the livelihoods of the people and their lives. That’s why in this budget, we are setting aside many allocations as assistance to the people during this critical time.

“And Alhamdulillah, we have firm financial footing and there will be a lot of programmes to assist the people in 2022,” he said.

The chief minister said this was the first time such a meeting was held for him to share the State Budget for 2022 with members of State Legislative Assembly (DUN) due to the circumstances brought about by the Emergency Order still in force in Sarawak.

“The power is with the chief minister to approve the allocations from the Consolidated Funds, for expenditure in our operations for one year.

“But I took the decision, together with Cabinet members, let us share with the other assemblypersons regarding our expenditure for 2022.

“So, strictly speaking, this is just to inform them the budget that we have approved for 2022. This one is the power that I have under the Emergency Order,” he said.

He  said based on the meeting, all those present seemed to agree with what he had decided for the 2022 State Budget.

“We have the opportunity for both the Opposition and government (to give feedback during the meeting),” he said.

At the start of the press conference, Abang Johari read out Section 11 of the Emergency (Essential Orders) (Sarawak) Ordinance 2021, which states that any expenditure or withdrawal from Sarawak’s Consolidated Fund may be made with the approval of the chief minister or state financial authority for as long as the Emergency is in force.

Abang Johari also said in a nutshell, the 2022 State Budget themed ‘United in Building a Resilient, Inclusive and Progressive Society’ is people-centric to help the people during this Covid-19 pandemic.

Meanwhile, in a statement distributed to the media, Abang Johari said the anticipated revenue will come from tax revenue totalling RM4.907 billion or 49 per cent of the RM10.036 billion projected.

He said this will include RM3.876 billion from State Sales Tax (SST) of which RM3.162 billion will come from crude oil, liquefied natural gas and other petroleum products.

He also said RM600 million will come from raw water royalty; RM320 million from forestry and RM111 million from mining royalties, land rents and others.

He added other revenue is expected to come from non-revenue receipts of RM26 million mainly from forest liquidated damages, disposal of assets and forest compounds; and federal grants and reimbursements of RM259 million.

As for the RM10.646 billion ordinary expenditure estimates, he said a sum of RM4.046 billion is for operating expenditure while RM6.6 billion is to be appropriated to Development Fund Account to finance the implementation of various development programmes and projects.

“The operating expenditure of RM4.046 billion in 2022 will comprise RM905 million for personnel emoluments; RM1.333 billion for supplies and services; RM1.561 billion for grants and fixed payments which includes operating grants to statutory bodies and local authorities, servicing of public debts and payment of gratuities, pensions, scholarships, welfare and financial assistances; RM89 million for the procurement of assets; and RM158 million for other operating expenses,” he said.

The chief minister also said a sum of RM7.509 billion will be provided for development expenditure estimates and distributed throughout several key sectors.

This include RM5.371 billion which will be allocated under the economic sector to carry out programmes and projects namely RM3.796 billion for commerce and industry such as State Investment, State Industrialisation programmes, and tourism promotion;  RM1.18 billion for transport which includes roads, bridges, riverine infrastructure and ports, navigational safety and various infrastructure projects under ‘Projek Rakyat’;  RM134 million for agriculture development such as crop and industry development, agriculture infrastructure, veterinary services and agriculture research and  RM91 million for provision of energy and public utilities especially in the rural areas.

Other programmes and projects under the economic sector are RM50 million for the environment such as forest conservation, reforestation and restoration, urban drainage, and flood mitigation projects;  RM53 million for feasibility studies on state development planning and policy formulation;  and RM67 million for research and development.

Also covered under the social sector is the RM162 million for education and human capital development through upskilling and reskilling programmes; and RM24 million for culture, youth and sports including upgrading of various sports facilities throughout the state.

Abang Johari also said RM253 million will be allocated under general administration sector such as for the construction of government offices and quarters as well as information and communications technology (ICT) and digital projects.

On the RM610 million deficit to be incurred, Abang Johari said the state government ought to embark into fiscal expansionary policy to boost productivity and revive the economy given the devastating impacts of Covid-19 pandemic to the state economy and the livelihood of the people.

“I am convinced that with this direction, we will ride through this difficult and challenging period to recover stronger and build back better.

“The consequences for not making any intervention measures in terms of significant public investments and spending may result in severe and disastrous repercussions on the people well-being and economic prosperity in the future,” he said.