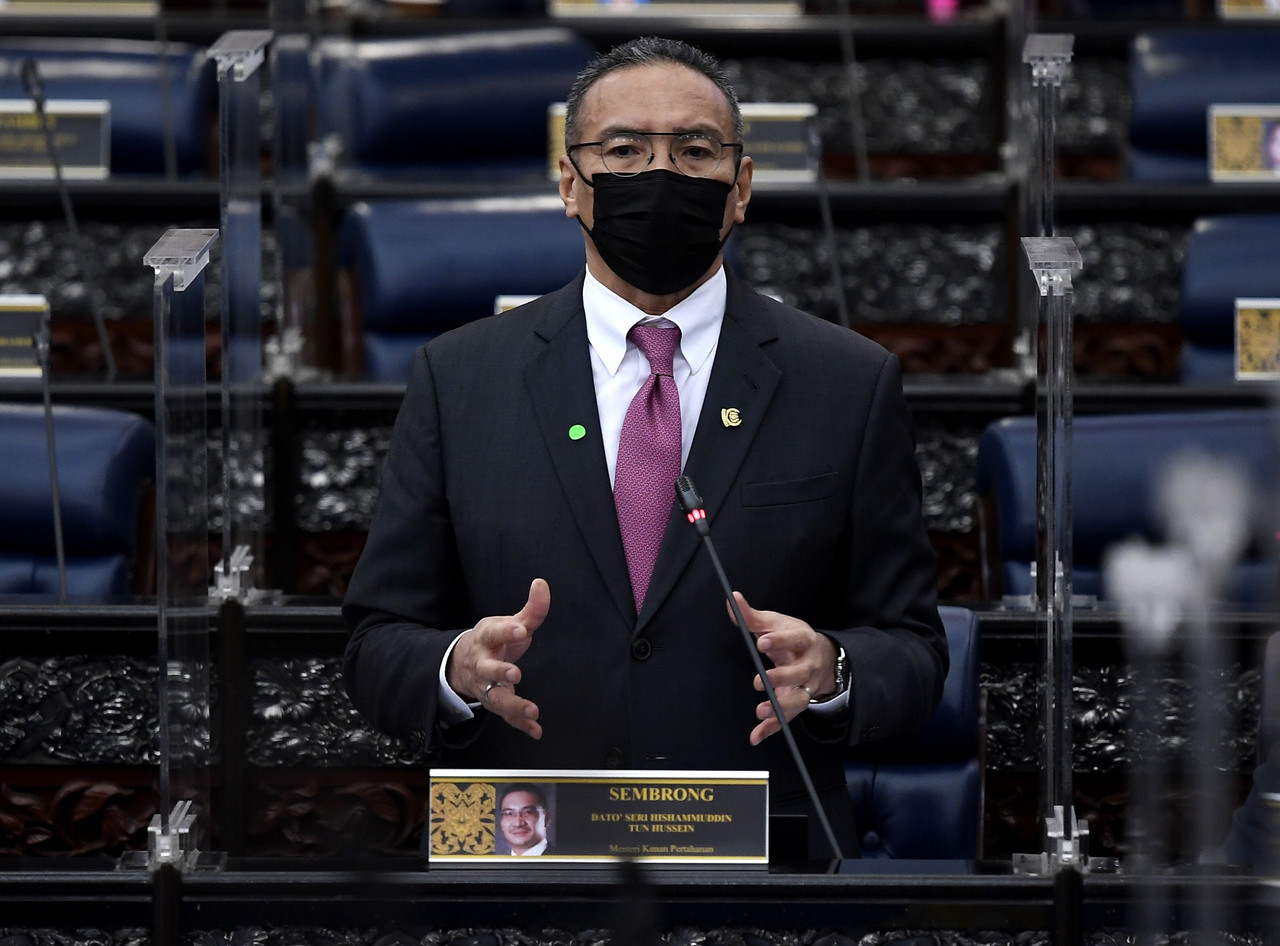 Defence Minister Datuk Seri Hishammuddin Hussein said the federal government’s position has been very clear and consistent regarding the three-way security pact Australia has with the United States and the United Kingdom in the Indoe-Pacific region, better known as Aukus. – Bernama file photo

KUALA LUMPUR (Oct 12): Malaysia has made it clear to Australia that it won’t stand for any external threat to the peace and stability in South-east Asia, Parliament was told today.

Defence Minister Datuk Seri Hishammuddin Hussein said the federal government’s position has been very clear and consistent regarding the three-way security pact Australia has with the United States and the United Kingdom in the Indoe-Pacific region, better known as Aukus.

“The latest stance of the Malaysian government on Aukus remains consistent with the stance affirmed by the prime minister, that the formation of Aukus raises concerns as it has the potential to disrupt peace and stability in Southeast Asia.

“It will also provoke other powers to act more aggressively in the region, especially in the South China Sea,” he said in the Dewan Rakyat.

The senior minister said Malaysia’s stance remained unchanged even after his phone conversation with his Australian counterpart Peter Dutton and a recent meeting with Australia’s representative, Vice-Admiral David Johnston.

“In both these discussions, I have stressed that Malaysia does not want to be dragged into the geopolitics of the considerations of huge powers.

“I also emphasised that, as an Asean nation, Malaysia holds the principle of maintaining Asean as a Zone of Peace, Freedom and Neutrality,” Hishammuddin added.

He said Australia must respect the Asean principle on neutrality and Malaysia’s stance on nuclear-powered submarines operating in its waters, including under the United Nations Convention on the Law of the Sea, and the Southeast Asian Nuclear-Weapon-FreeZone Treaty.

Hishammuddin said that he had also informed Australia that it needs to obtain consent from Malaysia if any of its nuclear-powered warship or submarine wishes to enter Malaysian waters or ports.

He said Johnston had last week explained that Aukus is not a military alliance but a collaboration for nuclear-powered submarine technology.

He said the Australian official also said the nuclear-powered submarine does not involve nuclear armaments, in line with Non-Proliferation of Nuclear Weapons Treaty 1968.

But he reminded both Dutton and Johnston that all parties should refrain from using any military action that is considered provocative or has the potential to increase tensions and provoke conflict.

“I also emphasised that Malaysia’s stand will not budge, that is, any problems, differences and disputes must be addressed, consistently and clearly through dialogue and consultation,” Hishammuddin added. – Malay Mail