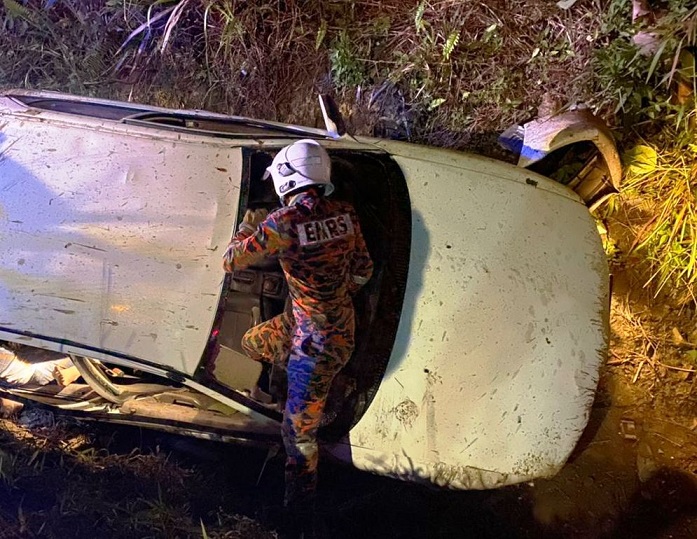 Fire and rescue personnel trying to free the victims from fhe car.

SIPITANG (Oct 12): A man was killed while two of his friends sustained injuries in a road accident along Jalan Desa Lukutan Merintaman, here on Monday.

Kedshon Kensius, 18, was pronounced dead at the scene by paramedics in the 10.45pm incident.

It was believed that the three victims were heading towards Sabah Forest Industries from Sipitang town when the car allegedly skidded on the road before it ended inside a drain by the road side.

A spokesperson from the State Fire and Rescue Department said a distress call was made to the Sipitang fire and rescue station for assistance.

It took several minutes for fire and rescue personnel to free all the three victims who were  trapped in their seats.

The spokesperson said the deceased’s body was handed to the police for further action while the two injured victims were taken to a nearest hospital.