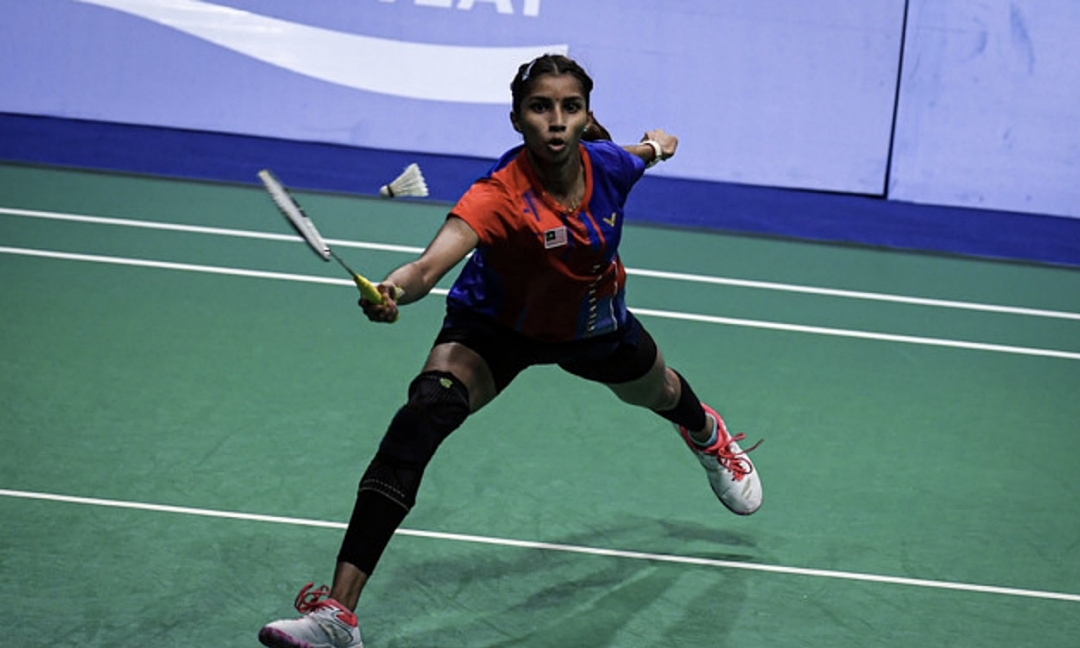 National singles shuttler S. Kisona in a match during the Sea Games in Manila on Dec 9, 2019. – Bernama photo

National singles shuttler S. Kisona, who was rested for the match against China on Sunday, played in the first singles but it was clear to see that she was far from her best and suffered a huge setback against world number 183 Talia Ng.

The 23-year-old Kisona managed to go toe-to-toe with the Talia until 6-6 in the first game before a lapse in concentration saw the Canadian bag seven straight points en route to winning it 21-9.

In the second game, world number 53 Kisona again started well to lead 5-1. Then, her game fell apart as Talia regained control to romp home 21-14 to put Canada 1-0 up.

Although Canada had won the match, Malaysian scratch pair Go Pei Kee-M. Thinaah made sure the team did not suffer a whitewash when they delivered the country’s first – and only – point by defeating Catherine Choi-Crystal Lai 21-12, 21-13.

“This is the first time we have been paired up. We didn’t think too much about it and just went all out. Although we are happy that we won, we are also sad because the team lost,” said Thinaah.

This Uber Cup campaign has proven to be a humbling experience for the young Malaysian team, who came to Aarhus with hopes of making the quarter-finals.

Instead, they head home after failing to get past the group stage with three straight defeats – 4-1 to Denmark on Saturday (Oct 9), 5-0 to China on Sunday (Oct 10) and now 4-1 to Canada – to finish at the bottom of the group.

With only the top two teams from each group advancing to the quarter-finals, China and Denmark have booked their berths in the last eight with two wins each. The group winner will be decided on Tuesday, with China the clear favourites against the hosts.

While the Malaysian women’s Uber Cup campaign ended last night, the men’s team are set to start their Thomas Cup journey on Tuesday (1 am Wednesday Malaysian time) when they take on Canada in their opening Group D tie.

Malaysia, who are expected to beat Canada and confirm their quarter-final berth, will wrap up their Group D fixture against Japan on Thursday (Oct 14). There are only three teams in Group D after England pulled out earlier.