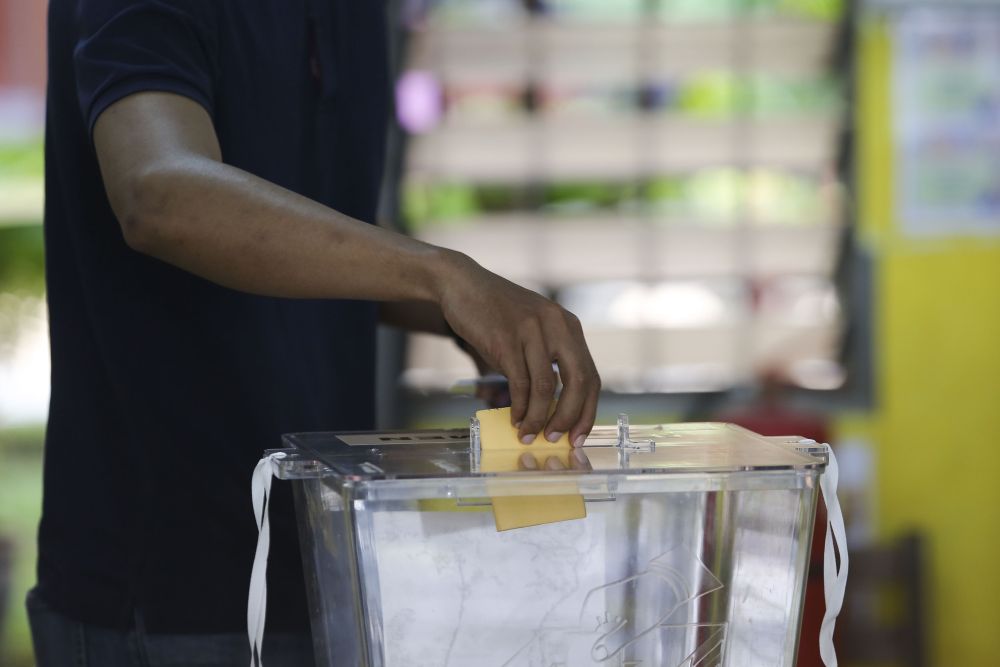 The 12th Sarawak state election was supposed to have been held mid this year but was put on hold due to the Covid-19 Emergency. — Photo by Yusof Mat Isa/Malay Mail

KUCHING (Oct 13): More than 500 people have responded so far to a survey conducted by The Borneo Post, which asked when the 12th Sarawak state election should be held amid talk that it could even be carried out next month.

The respondents of the survey conducted online and through the newspaper’s social media platforms, have been from 18 to 80 years old and almost all of them said they are Sarawakians, save for nine people.

So far, a large group of respondents are in favour of holding the long overdue state polls after Sarawak’s Covid-19 Emergency is lifted on February 2, 2022.

However, a number of the respondents also picked December for the polls when given the choice of November, December, January and after the Emergency.

The survey will end tomorrow morning at 7am. If you have not taken the survey, you can do so by clicking here.

The 12th state election was supposed to be called following the expiry of the term of the current Dewan Undangan Negeri on June 6 this year.

However, the Emergency Proclamation by the Yang di-Pertuan Agong in January had stopped elections from being held, and therefore, the term of the legislative assembly was extended.

The nationwide Emergency, to curb the spread of Covid-19, was lifted in August but the King decreed that the Emergency be extended further in Sarawak until Feb 2, 2022, as the number of Covid-19 cases was soaring in the state.

The King can, however, decide to lift the Emergency earlier after taking into consideration the views of the state government.

Talk of a state election soon had gained momentum after the whole of Sarawak entered Phase 3 of the Covid-19 National Recovery Plan on Oct 1, followed by the lifting of inter-district travel restrictions a few days later.

On Oct 7, Parti Sarawak Bersatu president Datuk Seri Wong Soon Koh claimed in a statement that “trusted sources” had told him that there were those within Gabungan Parti Sarawak (GPS) who planned to hold the state election soon amid Covid-19.

He claimed that people in the state’s ruling coalition were concerned that the High Court decision to lower the voting age from 21 to 18 years old with effect from Dec 31, 2021, might not work to the government’s advantage.

The GPS Backbenchers’ Club swiftly rebutted Wong, asserting that the GPS government welcomed the participation of youths in the democratic process.

“We view that youths, when given the opportunity, can evaluate for themselves the quality of service rendered by the current state government, especially following the Covid-19 pandemic in terms of saving lives and ensuring livelihoods,” it said.

The dissolution of the Melaka State Assembly on Oct 5 had also fueled speculations that Sarawak could hold its polls soon as it appears Melaka’s snap election will happen in spite of Covid-19 fears.