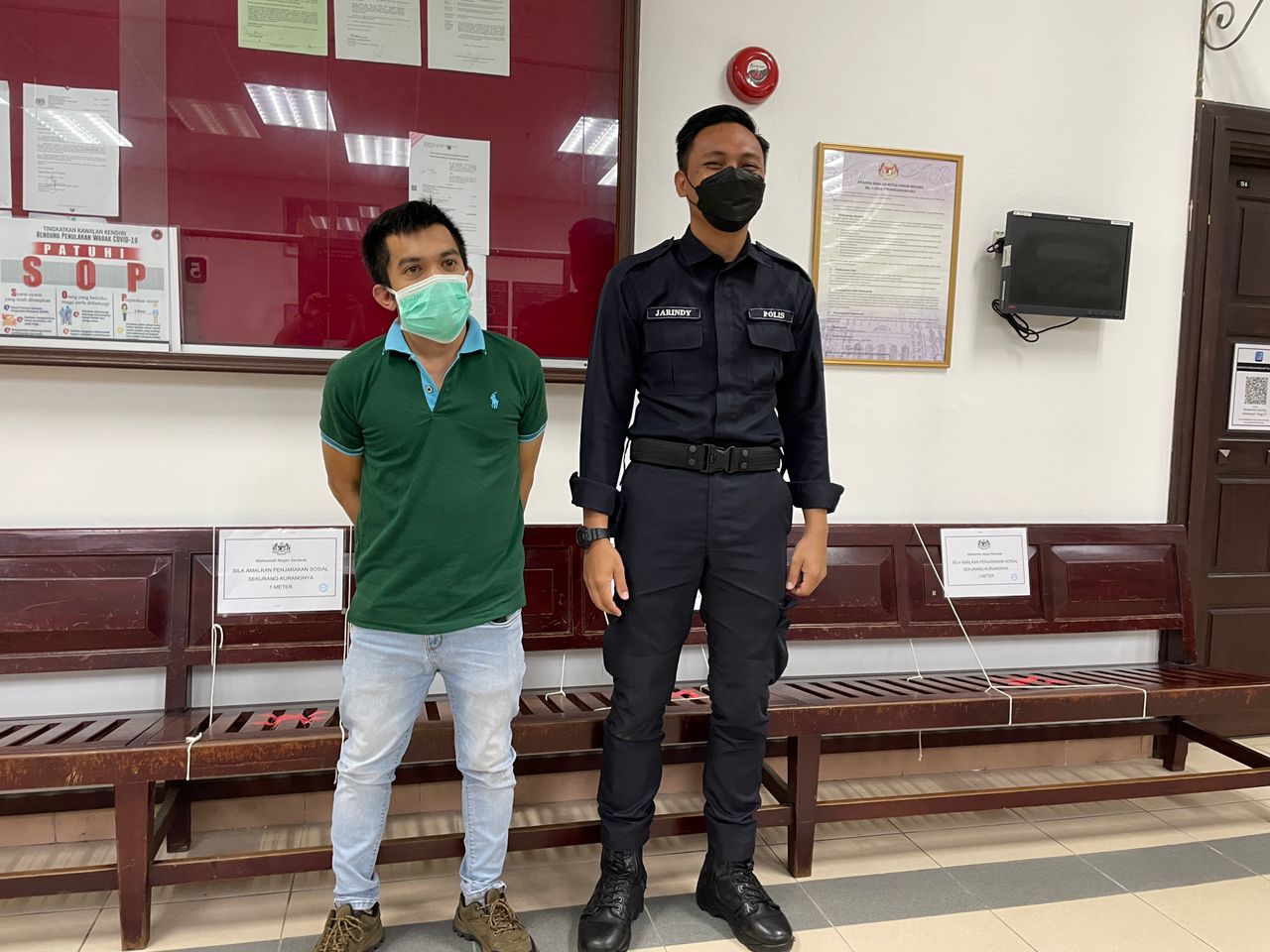 Benedict is escorted by a policeman at the Kuching Court Complex. – Photo by Hafizah Abdul Hamid

Benedict Jalai pleaded not guilty after a court interpreter read the charge – framed under Section 26J of the Anti-Trafficking in Persons and Anti-Smuggling of Migrants (Atipsom) Act 2007 – to him.

According to the charge, Benedict allegedly smuggled in and transported five Indonesian immigrants in a sports utility vehicle at Jalan Lundu-Sematan around 5.30am on June 29.

After hearing the submissions of the prosecution and defence, Judge Dr Alwi Abdul Wahab allowed the accused to be released on RM5,000 cash bail in two local sureties.

“The accused is also ordered to hand over his travel documents, apart from being ordered to report to the nearest police station once a month effective Nov 13, 2021,” Alwi said during the proceedings.