Sunday, October 24
You are at:Home»News»Nation»Rosmah applies for temporary passport release to attend daughter’s childbirth in Singapore 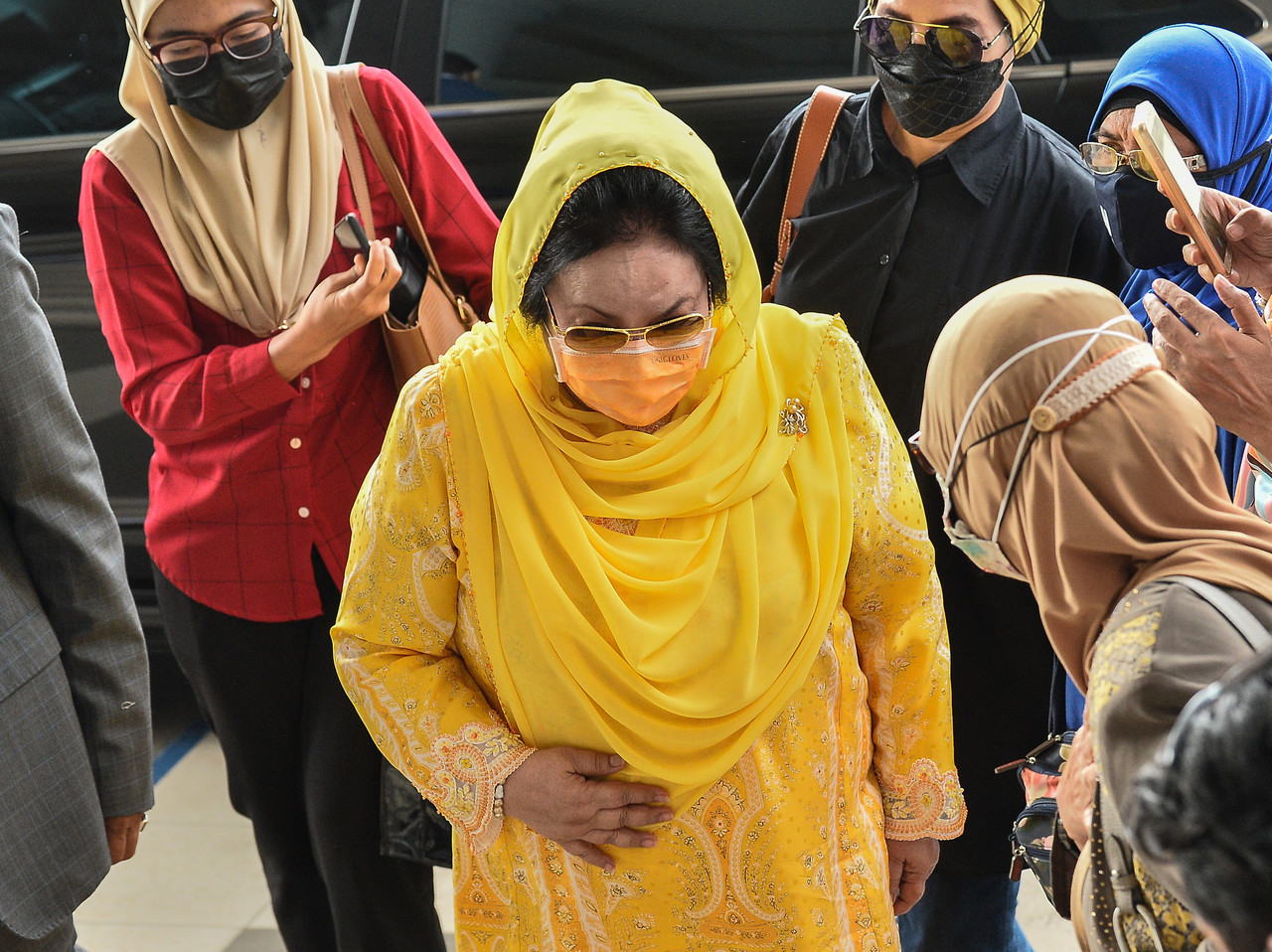 Datin Seri Rosmah Mansor stated in the application that she is expected to be out of the country from the end of October and early December and is seeking the cooperation of the police and the Immigration Department. – Bernama photo

In court documents sighted by the news portal, Rosmah had applied to the High Court yesterday on the grounds that she needs to be with her daughter Nooryana Najwa who is expected to give birth to her second child soon in a private hospital in Singapore.

“Nooryana has a history of complications during delivery,” she said in her motion.

Rosmah also further stated that she wants to provide mental and emotional support to her daughter after childbirth.

The wife of Datuk Seri Najib Razak stated in the application that she is expected to be out of the country from the end of October and early December and is seeking the cooperation of the police and the Immigration Department.

Rosmah’s lawyer, Datuk Akberdin Abdul Kader also stated that the motion will be served to the prosecution today.

Nooryana had tied the knot with her husband, Daniyar Kessikbayev, a Kazakhstan national in 2015. Both are currently residing in Singapore.

Kessikbayev is the nephew of former Kazakhstan president Nursultan Nazarbayev, who recently stepped down from office in March of 2019 after nearly 30 years in power.

Rosmah’s passport was impounded by the court in 2019 after she was charged for corruption involving a government project worth RM1.25 billion for an integrated hybrid power generation system involving solar panels, as well as the maintenance and operation of diesel generators for the supply of electricity to 369 schools in rural Sarawak.

In this trial, Rosmah is facing several charges, including allegedly receiving a RM5 million bribe and a RM1.5 million bribe from Jepak Holdings Sdn Bhd’s Saidi Abang Samsudin on the dates of December 20, 2016, and September 7, 2017, in exchange for helping the company get the RM1.25 billion solar hybrid project. – MalayMail