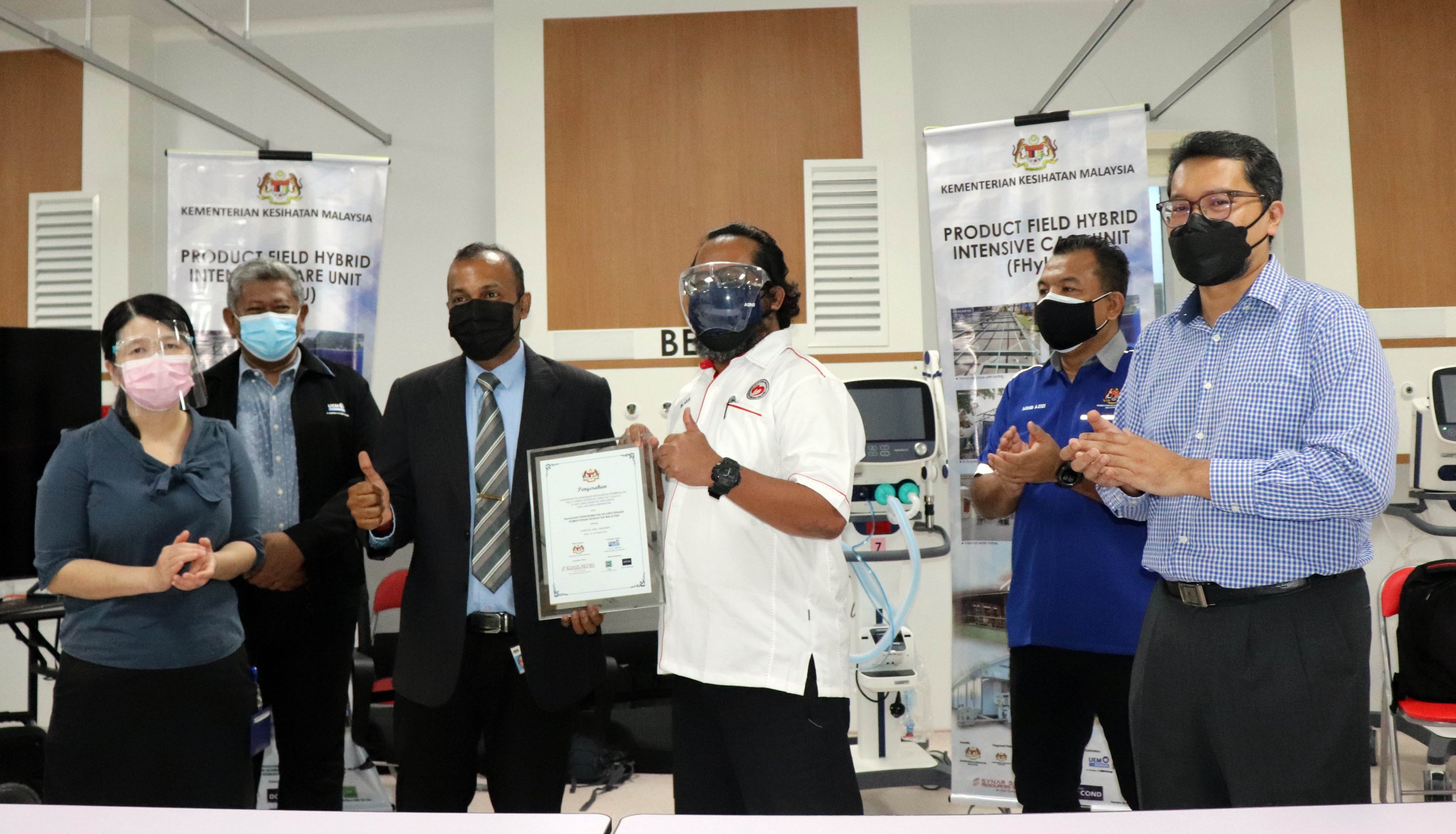 Dr Azlee (third right) presents a document to mark the handing over of the FHyICU to Dr Nanthakumar (third left) as others look on.

SIBU (Oct 13): The state’s first Field Hybrid Modular Intensive Care Unit (FHyICU) at Sibu Hospital has been completed and is ready to commence operation on Friday.

The contractor, Edgenta Healthtronic, took 45 days to construct the RM6.4 million, 10-bed FHyICU, including RM3.186 million for the purchase of medical equipment, he said.

“The FHyICU will increase the existing bed capacity of ICU ward at Sibu Hospital,” he told a press conference after the handing over of the project between the contractor and the state health department, here yesterday.

Dr Azlee said the management of Sibu Hospital would commence the operation of FHyICU Friday after all testing and commissioning sessions were done.

With the FHyICU, Sibu Hospital would be able to provide quality health services to people in the central region covering Sibu, Kapit, Sarikei and Mukah divisions.

Sibu Hospital has 48 ICU beds including 17 gazetted ICU beds and 10 additional beds at the FHyICU.

“Another 13 beds are being renovated which would be completed by November,” he said, adding two other FHyICU were being planned for Sarikei Hospital and Bintulu Hospital.

On the field hospital, he hoped that it would start operation in three or four days’ time.

“We are still upgrading the facilities like toilets, air conditioning system, beds and others so patients will feel comfortable although they are placed in tents,” he said.