Tuesday, August 9
You are at:Home»News»Nation»Zahid: Umno to contest solo in Melaka polls; no Muafakat, no Bersatu 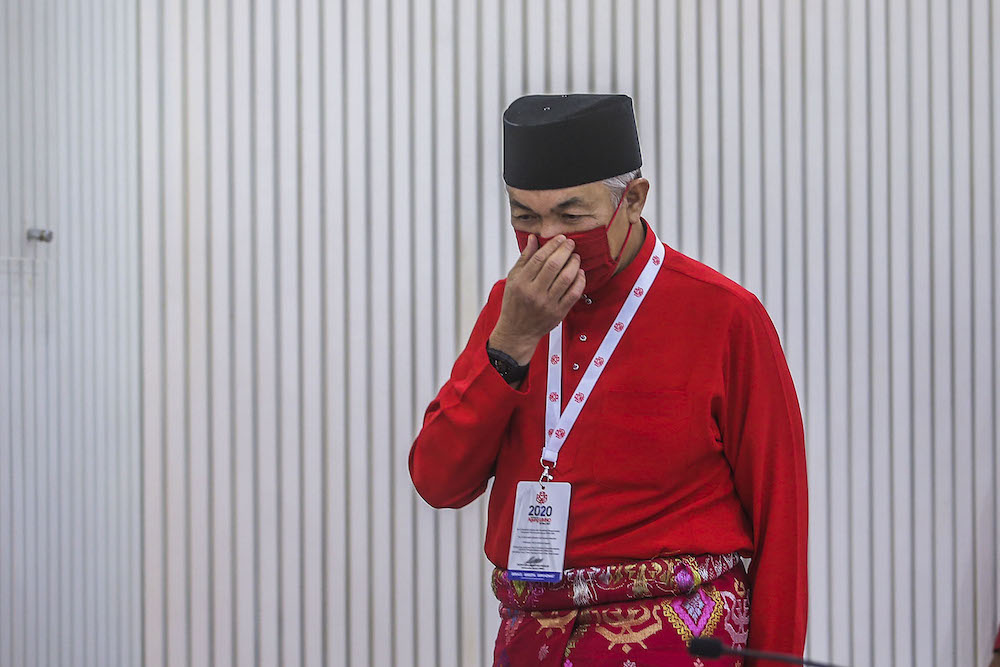 KUALA LUMPUR (Oct 13): Umno president Datuk Seri Ahmad Zahid Hamidi said the party will enter the Melaka state election alone even as some of his party colleagues seemed keen to work with PAS.

In a talk show with titled PRU15: Membentuk atau Membina Arus streamed on Facebook last night, Zahid told host Rafi Awg Zechik that Umno will contest the state polls under the Barisan Nasional (BN) banner instead of making use of its political cooperation with Islamist PAS.

He hoped that Melaka voters will choose the right party.

“Because Muafakat has never been registered, therefore, I do not see a bright light for it to be realised as in past by-elections.

“Let Umno contest solo under the BN flag. And God willing, the rakyat will choose the best party,” he said.

Umno and PAS had signed the Muafakat Nasional charter in September 2019, forming the largest Malay-Muslim political alliance that aimed to go toe-to-toe against the then ruling Pakatan Harapan coalition.

In October last year, the secretaries-general of Umno and PAS said their parties would register as a political coalition with the Registrar of Societies.

That agreement seems to have fallen through as in recent months after Islamist PAS moved closer to Bersatu while Umno chose to break ties with the latter splinter party led by Tan Sri Muhyiddin Yassin.

Just before Zahid’s talk show, Umno Youth chief Datuk Asyraf Wajdi Dusuki shared a picture he had taken with several PAS leaders on his Facebook yesterday with the hashtag #muafakat.

“Together we are finding common ground to strengthen our ukhuwwah,” he wrote, using the Arabic word for brotherhood.

Asked about cooperation with Bersatu, Zahid said he was bound by the collective decision of delegates at the recent Umno general assembly not to work with the other Malay party.

He added that the Melaka chapter of Umno is also against working with Bersatu in the election.

In the talk show, Zahid also said he would not exact revenge against those he considered to have betrayed his trust when it came to naming Umno’s election candidates.

“No need to worry, don’t be scared. This person will not take revenge on anybody.