Tuesday, May 17
You are at:Home»News»Sarawak»259 healthcare workers receive booster vaccine 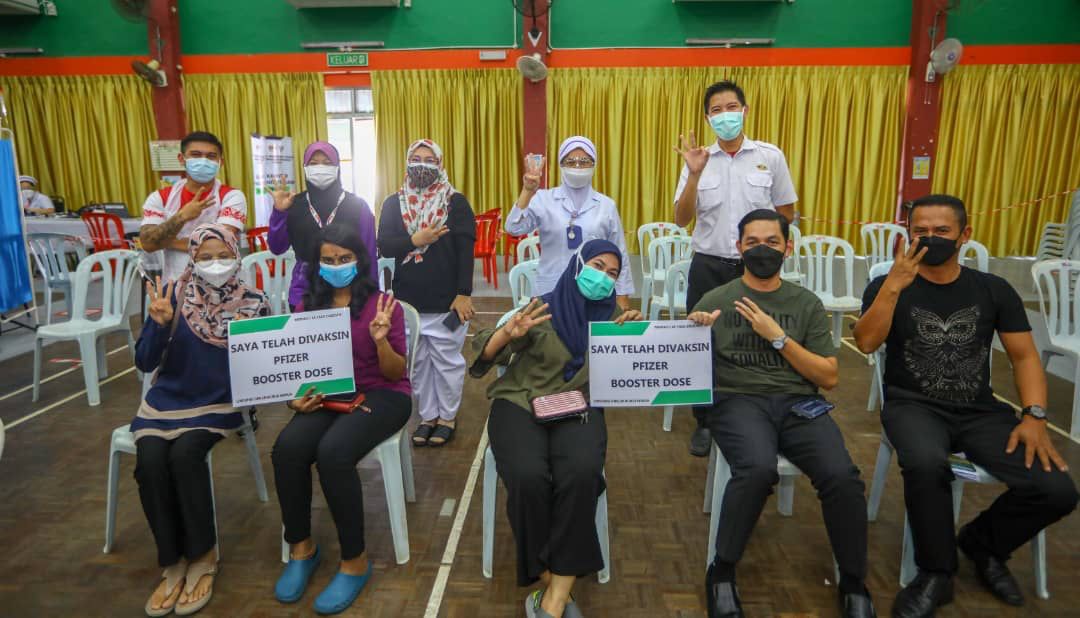 Part of the healthcare workers who have received their booster dose.

Head of Serian Vaccination Centre, Dr Nuraisyah Loh Bojeng, said Serian was among the first districts in Sarawak to receive the shots.

However, she did not deny that several healthcare workers had been affected by Covid-19 and had fallen ill. She hoped none of them was seriously ill.

“As its name suggests, the booster dose is meant to boost our immune system. The vaccine is not to prevent virus attack but if it does attack, we will not fall seriously ill. We just fall into categories 1 and 2 indicating that symptoms of the virus attack are very mild,” she said.

She added it was imperative for healthcare workers to be given the booster dose first, to be followed by those 60 years and above.