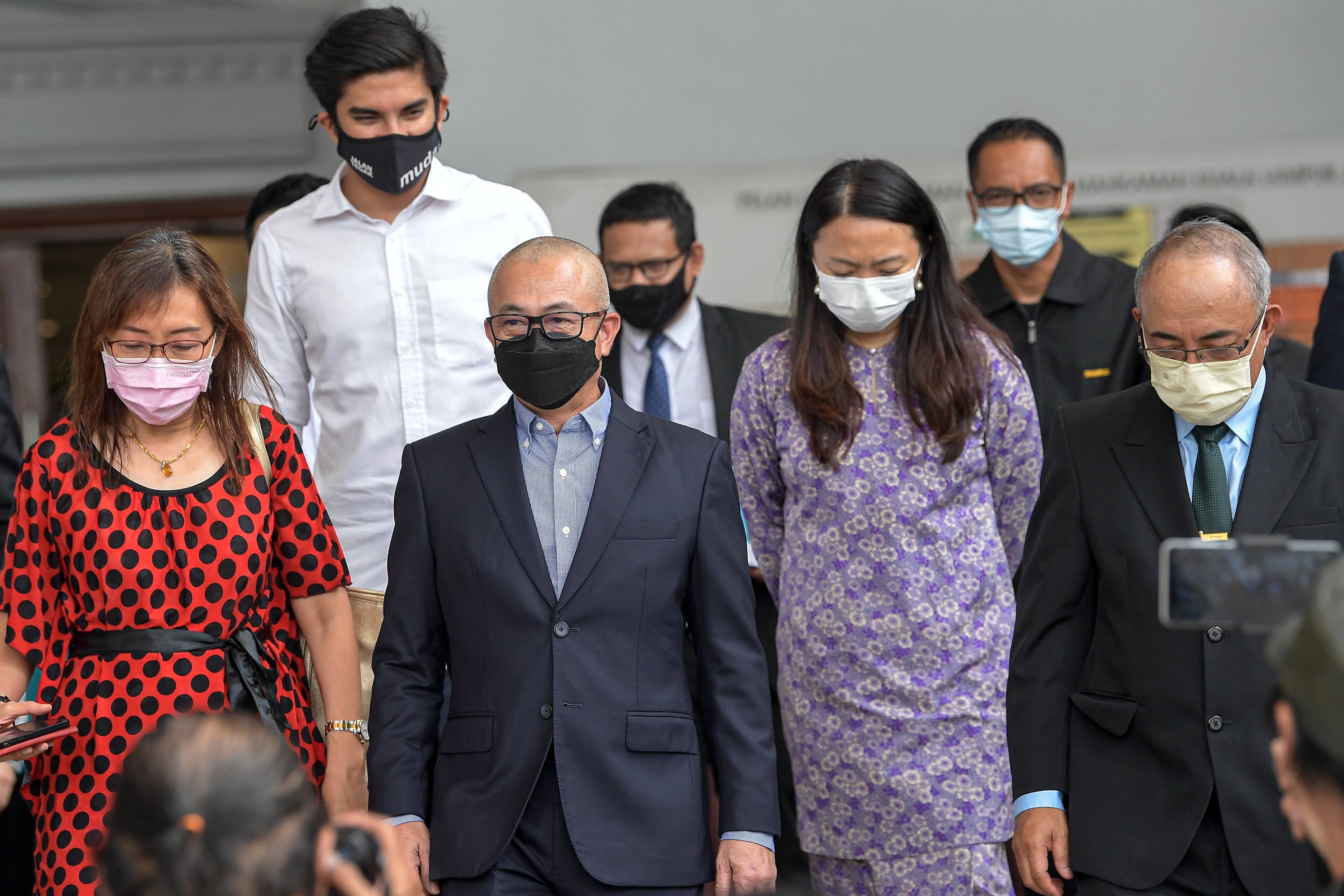 Rozman (third left) during the press conference after paying RM100,000 bail for the charges against him at the Sessions Court in Kuala Lumpur on Thursday. – Bernama photo

KOTA KINABALU(Oct 14): Labuan member of parliament Datuk Rozman Isli who claimed trial to a corruption charge on Thursday, reiterated that his prosecution was politically motivated after he refused to defect to the federal government.

The Parti Warisan Sabah lawmaker said that the legal move had been in the pipeline for some time, and after two earlier attempts were postponed by the courts, the charge finally came through on Thursday.

“To me, this charge is designed to achieve two objectives. One is to compel me to leave Warisan and support the government and prime minister. In the last one year and eight months, I was offered positions and all kinds of persuasion, as they looked into this case to pile on the pressure at the same time.

“When I did not give in to their pressure and inducements, they pinned the charge on me to tarnish my reputation before the next general elections,” he said in a statement here.

Rozman maintained his innocence, saying he would face trial without fear and view it as a chance to see for himself how power is abused.

“I am a victim of abuse of power here. I am only one of nine members on the Labuan Port Authority board, not the chairman. On the board are higher-ranked civil service staff from the Transport and Federal Territories Ministries,” he said.

Rozman said that he had supported the decision to retain the previous local operators for the Labuan Liberty Ports, but they were not selected because most of the board wanted operators based outside Labuan.

“I supported the decision made by the majority. I trust that the courts and judge in this case will be fair, and I will clear my name in due course,” he said.

Rozman was accused of using his position as then Labuan Port Authority deputy chairman three years ago to appoint a company with links to his father and sibling.

According to the charge sheet, the government contractor is to be the operator of Dermaga Merdeka Pelabuhan Labuan. Rozman was alleged to have committed the offence at the TKSU meeting room, level 9, Transport Ministry, Putrajaya, between 2.30pm and 5.30pm on March 23, 2018.

The charge is framed under Section 23(1) of the MACC Act 2009 which carries a maximum 20-year jail term, fine of no less than five times the gratification amount, or RM10,000, whichever is higher.

Warisan president Datuk Seri Shafie Apdal claimed the decision of the Malaysian Anti-Corruption Commission to charge Rozman may be due to the opposition party’s decision not to sign a memorandum of understanding (MoU) with the government.

“We didn’t sign the MoU and this happens. If we had signed it, maybe this would not have happened,” he said at a forum on Wednesday night.

The MoU was signed with the aim of bringing about the political stability needed to deal with the Covid-19 pandemic and revive the country’s economy.

Shafie had then said that there was no reason for him to sign a similar MoU on behalf of Warisan.

Previous ArticleFedEx increases capacity from Asia Pacific ahead of holiday peak
Next Article Probe into Ziyad’s issue completed, full report to be ready next week