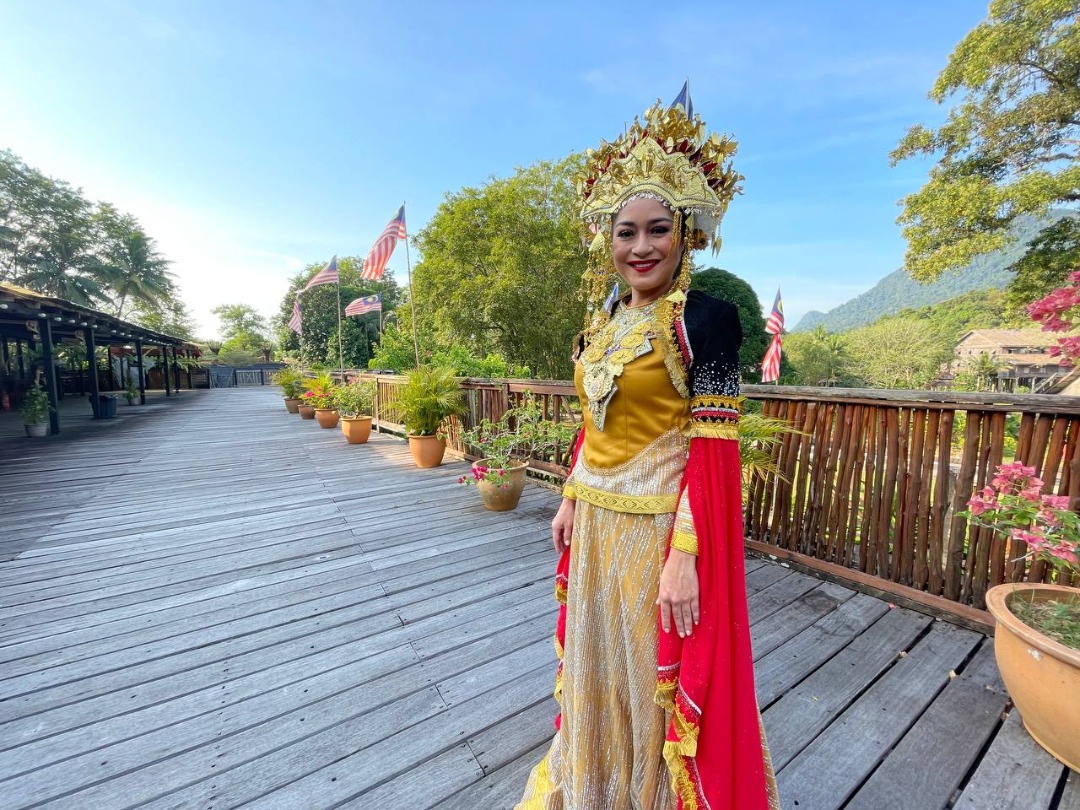 The role of Putri Santubong is a dream come true for Maya Karin.

KUCHING (Oct 14): Maya Karin cannot wait to finally fulfil her dream of playing a princess as the lead in the musical theatre production of ‘Putri Santubong – The Warrior Princess’.

She told reporters that she is passionate about ensuring the Sarawak Cultural Village (SCV) production is a success.

“It’s been 10 years since I said I wanted to play the role of a warrior princess. But before this, there was a copy of the film that Suhaimi Baba had prepared for a long time.

“He wanted to give me the character of a warrior princess. It seems that my dream, God willing, has been fulfilled,” she said yesterday (Oct 13).

Maya was in Kuching for three days to learn more about the legendary character and prepare for the production.

Executive producer Zaini Zainuddin said the musical tells the story of the changes in the civilisation of human life on earth shaped by Putri Santubong – the heavenly princess of Sarawak.

The retelling seeks to change perceptions about Putri Santubong, who in the folktale of old fights with Putri Sejinjang over an admirer.

‘Putri Santubong – The Warrior Princess’ will be staged on Dec 11 and 12 at 9pm, and screened live via www.putrisantubong.com.my.