Wednesday, December 1
You are at:Home»Business»WCT expanding portfolio in Sabah 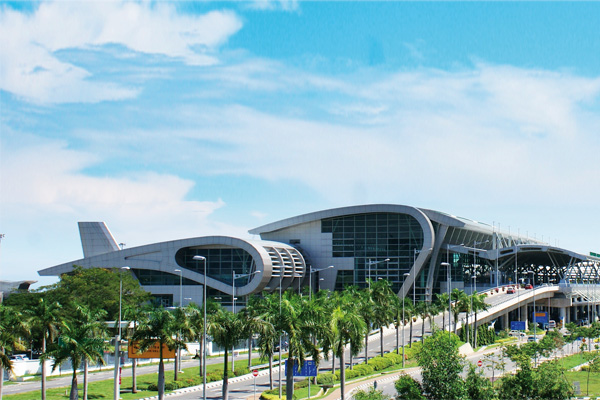 File photo shows the Kota Kinabalu International Airport in Sabah. WCT was previously awarded a design and build contract by the Ministry of Transport to undertake the epgrading and expansion works here, which was successfully completed in March 2010.

The group entered the agreement with Yayasan Sabah and is entitled to the sole and exclusive development rights over the project land with tenure of 99 years leasehold expiring in 2111.

Nearby townships are Putatan in the North and Kinarut in the South. Furthermore, the project land is also driving distance from Jesselton Quay, at 18km, which is part of a waterfront revitalisation project to transform Kota Kinabalu into a metropolitan city.

“WCT is subjected to minimum guaranteed sum of RM840 million, or 12 per cent of preliminary projected gross development value (GDV) of the project of RM7 billion,” MIDF Research said in its review yesterday.

“The consideration expected to be paid to Yayasan Sabah within seven years from the date the building plans approval is obtained, or the completion of the reclamation works, whichever is the later.”

Currently, the land mostly consists of foreshore and land covered by water. Reclamation works, costs fully borne by developer, need to be undertaken before the development commences.

WCT has the absolute discretion on the direction of the development. Based on the disclosure, WCT intended for a proposed mixed-use development for the area. This will comprise of commercial, retail, hotels and resorts, offices, residential properties and other development components.

Previously, WCT has completed a property development project in Kota Kinabalu, the d’Banyan Residency @ Sutera. Furthermore, this acquisition added to the existing piece of 22 acres of landbank in Inanam, Sabah which cement the company presence in property market of East Malaysia.

WCT’s property projects are mainly located in the Klang Valley and Johor.

“We remain sanguine on the group’s earnings outlook, predicating on its strong current outstanding order book and prompt resumption of work operations as reflected in its strong rebound in earnings in the quarter results,” MIDF Research said.

“Meanwhile, higher property sales are also likely with the current accommodative environment, upcoming launches of products at strategic locations especially in the central prime region and a possible extension of the Home Ownership Campaigns.

“We also opine that the group remains a strong contender and major beneficiary for the continuation of mega public infra projects such as MRT3, Pan Borneo Highway, KVDT2 and ECRL as previously announced in Budget 2021 which would bode well with its orderbook replenishment moving forward.

“This is premised on the group’s strong track record and vast experience in railway, highway and building projects. In addition, on a longer-term horizon, the group’s prospect is well-supported by its strong outstanding order book of about RM5 billion which will provide earnings visibility over the next three to four years.”