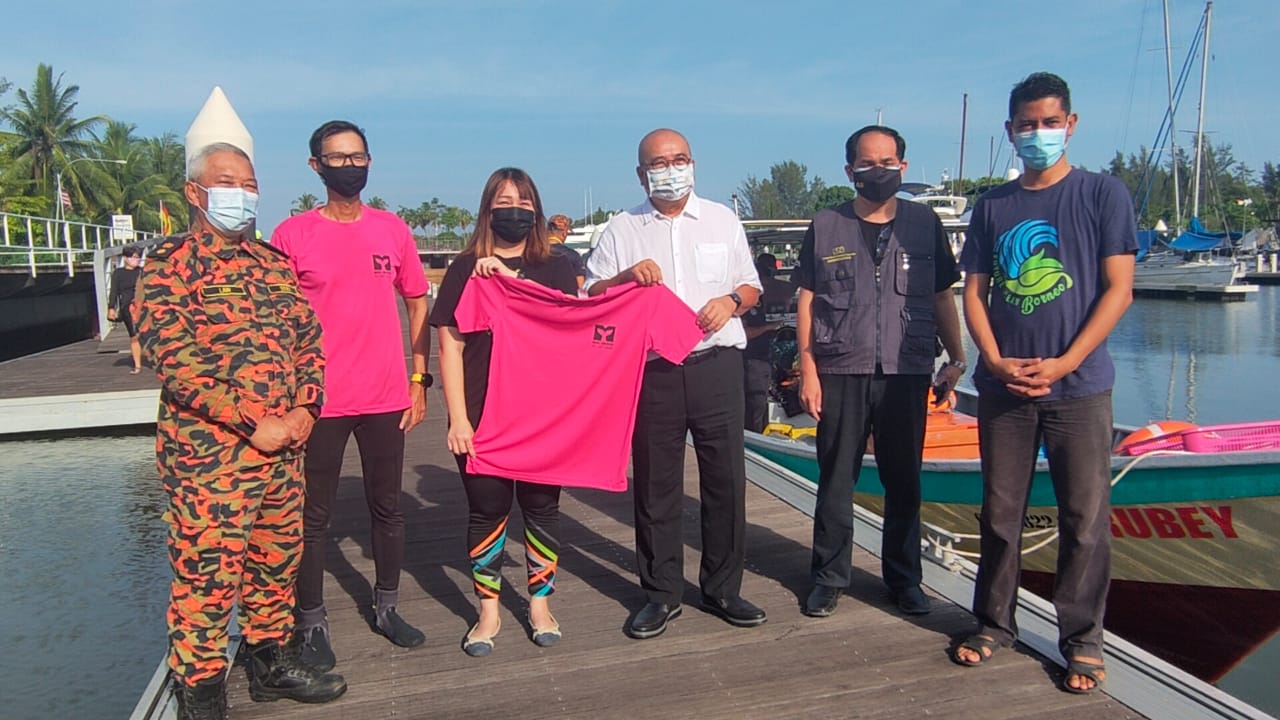 Wong (third left) present a t-shirt as souvenir to Yii while (from left) Law, Yong, Jong and Iqbal look on.

Jointly organised by NSJA and Fire and Rescue Department, the voluntary diving team went to install mooring lines at several spots at different dive sites in the national park, such as Nemo City, Hatano Point and Kenyalang Wreck.

The mooring lines are used to secure several spots at dive sites to allow boats to moor and also to improve the safety of divers ascending and descending.

Mayor Adam Yii, representing Assistant Minister of Tourism, Arts and Culture Datuk Sebastian Ting to flag-off the event, said the reconnection of mooring lines was crucial to ensure the safety of divers.

“The divers also will be on the look-out for any fishing nets left on the sea floor and stuck on coral reefs. This is one of efforts to ensure sustainability of the marine lives as well as the tourism industry.

“Their selfless act in contributing to the marine lives and tourism industry deserves applause and respect,” Yii added.

NSJA president Andy Jong said the installation of mooring line would also secure the buoys at the water surface, that serve as safety assembly point for recreational divers.

He thanked Piasau assemblyman for sponsoring the expenses of installing the mooring line.