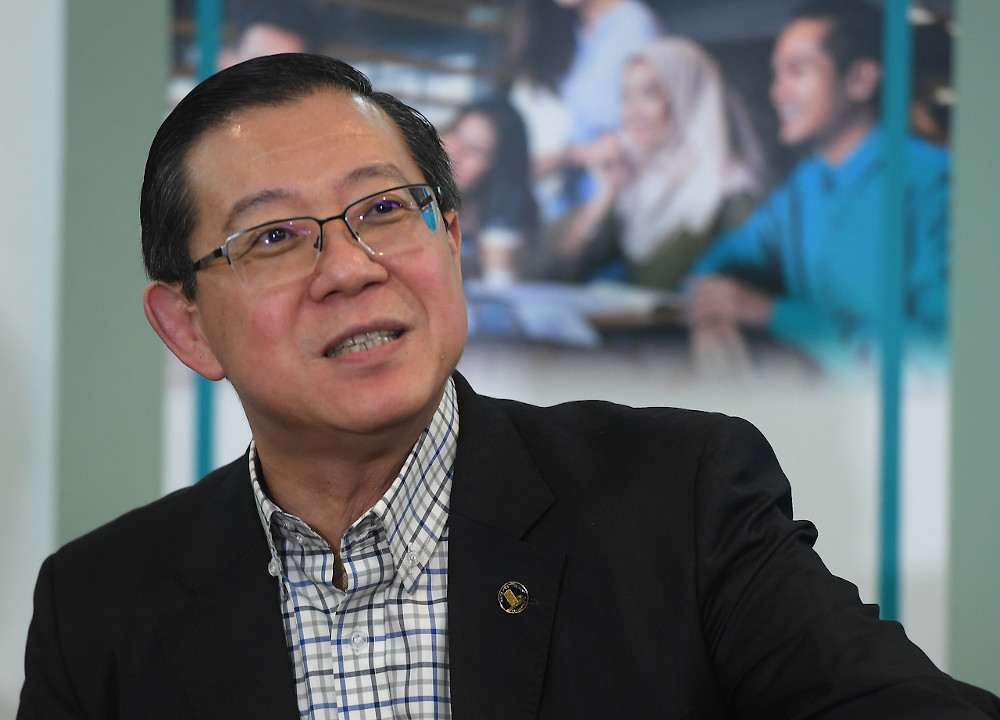 Lim Guan Eng noted that the MACC has yet to launch an investigation into the leaked data on offshore bank accounts linked to prominent public figures here despite pressure from the Opposition. – Bernama photo

He noted that the Malaysian Anti-Corruption Commission (MACC) has yet to launch an investigation into the leaked data on offshore bank accounts linked to prominent public figures here despite pressure from the Opposition.

Lim said the delay has raised public scepticism and doubts about the authorities’ credibility when active politicians supporting the government are involved.

“The decline in Malaysia’s performance will not help to bolster investor confidence and public faith in the credibility of the government to protect basic constitutional rights that every citizen is equal before the law by protecting the public from the abuses and excesses of powers of the government.

“Malaysia can do well to restore public confidence and our position in the rule of law index by acting and punishing those involved as well as recommend stringent measures to prevent illicit financial flows out of Malaysia and how to improve transparency, accountability and good governance,” Lim said in a statement.

Malaysia ranked 54 out of the 139 nations in the 2021 Rule of Law Index, released yesterday by the World Justice Project.

Malaysia’s score in the global rule of law index dipped 1.4 per cent to 0.57.

The index is based on more than 138,000 household surveys and 4,200 legal practitioner and expert surveys that measure how the rule of law is experienced and perceived worldwide.

Last year, Malaysia ranked 47 out of 128 countries and jurisdictions worldwide. It improved by four rungs, or 5.1 per cent, compared to the performance in 2019.

On October 3, the International Consortium of Investigative Journalists released the Pandora Papers, a hoard of data — reportedly involving some 11.9 million documents and 2.9 terabytes of data — used to expose supposedly corrupt dealings of the global elite.

On October 7, Dewan Rakyat Speaker Datuk Azhar Azizan Harun rejected a motion to debate Pandora Papers in Parliament from Opposition leader Datuk Seri Anwar Ibrahim, citing that while the matter was of public interest, the Pandora Papers could be discussed by the Parliamentary Select Committee.

Azhar argued that the Pandora Papers had not been verified and Standing Order 23(1)(i) states that Parliament should not be the platform to confirm mere media reports. – MalayMail