Saturday, December 4
You are at:Home»Columns»Just another point of view»Has our personal taste changed in the foods that we love? 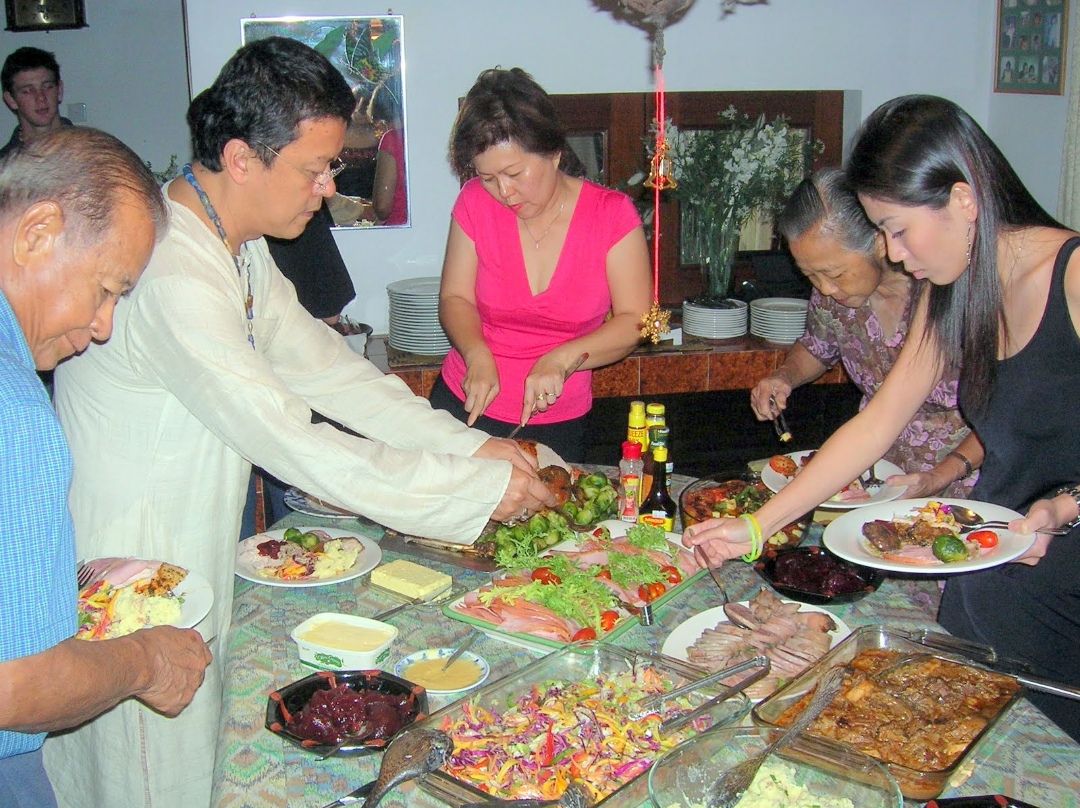 WHENEVER we get to sit down and gather in a group of more than a few family members and friends, we would almost always end up talking about food! The discussion would dwell mainly on who’s tried the latest new food stalls in town, or discovered a new eatery, or someone who’s gone missing has been found again!

On a personal basis, I feel that in general many of Kuching folks’ palates have changed somewhat over the years – I can say for certain that between the 1950s and 1970s, our taste buds in general were rather conservative and we were happy with most of what was available, albeit very limited and only a few in variety.

Over the last 50 years, from the 1970s onwards, there’s been a notable change in our communal desire for new tastes, although it’s rather complicated – we want more of the same old flavours, yet are looking for something new and more exciting!

Travel and exposure made the difference: the fact that more and more of us were able to travel further abroad, to try new foods and discover brand new flavours, meant that our eating habits had become more adventurous. To help it along the way, many new eateries catering to a wider audience and a new professional class with more disposable incomes meant that the range of food available had also exploded – within a short period of 10 or so years in the 1990s, we had seen a proliferation of new eateries offering more than just the traditional Chinese, Malay or Fusion foods – first came the Western restaurants, the Thais, then the Japanese and the Koreans; I know that today, we have many restaurants offering superb ethnic foods from almost every major country in the world!

The standard and quality of food served have also improved exponentially. We’ve always had the good fortune to have had many great restaurants in our midst, anyway!

One of the oldest, most well-established and most successful has been Lok Thian Restaurant – founded 55 years ago, in 1966, as a family business.

Today, it has outlets specialising in Thai, Japanese, duck dishes, dim sum and Shanghainese, and has also branched into wholesale and food processing. Its catering business indicates that it is still the leader in the banquet sector and has traditionally been the most popular venue chosen for weddings and birthdays.

Its quality of food has been consistent and its pricing, reasonable. Although prices have changed with the times, the consistency in providing great Chinese food has already earned the restaurant consistent rave reviews: I quote Travel Advisor, which reviewers have given it four stars out of five amongst the 105 of 596 total reviews so far!

The size of the venue has been increased and upgraded a few times in recent years, and it is a well-managed business and one of Sarawak’s biggest success stories. 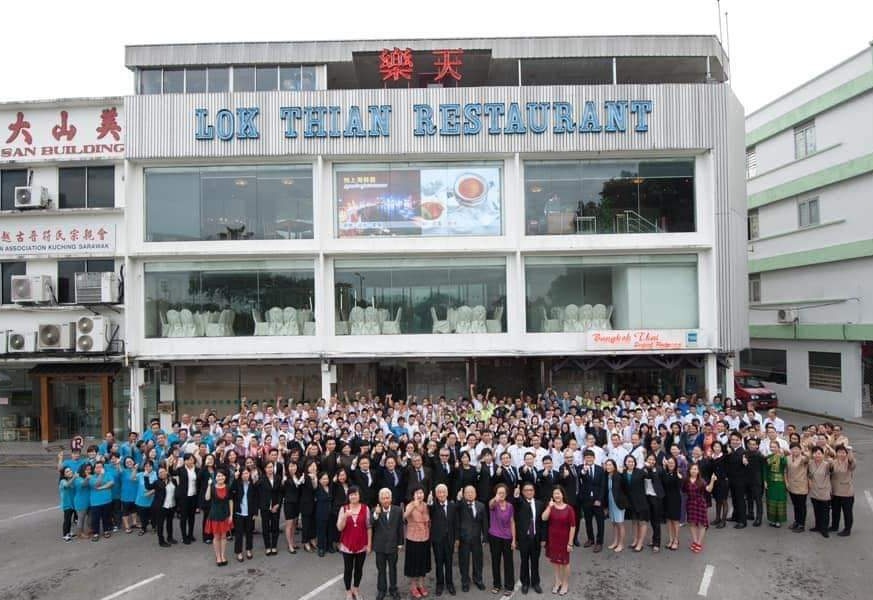 In recent years, many new restaurants have popped up and in many ways, have eclipsed Lok Thian’s popularity with newer venues in higher-end buildings, offering even more exciting new menus with chefs imported from overseas; some have been more successful than others, but Lok Thian would, no doubt, carry on.

There’s always an argument as to whether the traditional ‘‘Kolo Mee’’ or the ‘Laksa Sarawak’ should be crowned the ‘Star of Sarawak food’. In my opinion, it’s a tie – and a joint winner can be declared. In my own experience after a lengthy period away overseas without having either one, I discovered that I had actually missed ‘Kolo Mee’ more!

The ‘Laksa’ has always been, for me, more of a ‘hangover breakfast’ cure! (Nowadays the hangovers are almost zilch, but the taste for ‘Laksa’ happily continues on unabated!)

Have you noticed the changing taste of both of these popular dishes over the years?

Throughout the 1950s till the 1970s, whenever we asked for ‘Kolo Mee’, we had only a choice between the long straight noodle and ‘mee-pok’ (the flat variety) – if you wanted something else, you could have ‘kuih tiaw’, ‘bihun’ or’ bee-tai-bak’! 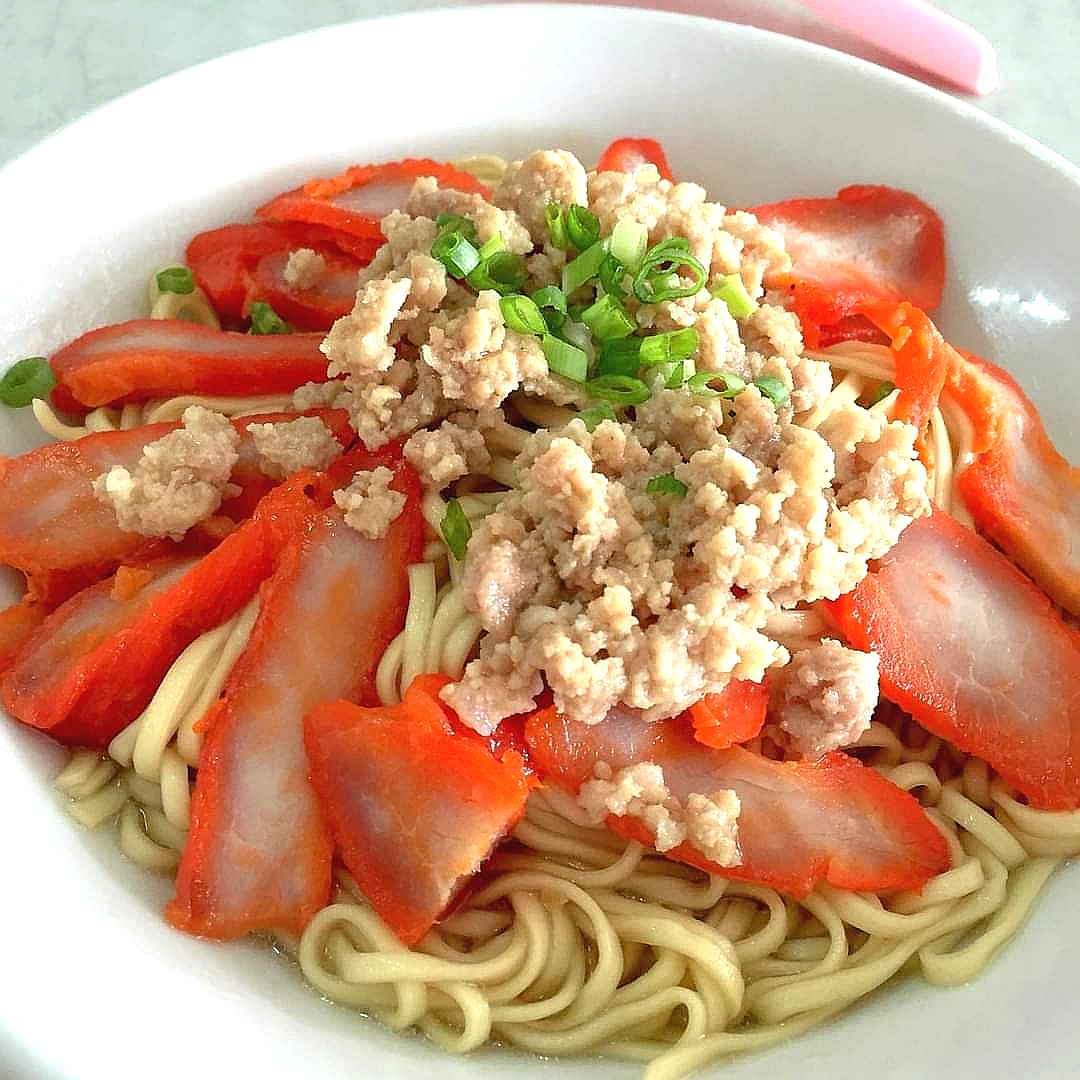 Today, there’s quite a big choice; other than these two, there are the now more popular curly ‘mee’, the green-infused ‘mee’ and of course, the handmade ‘Hakka Mee’, and then the fabulous Foochow ‘Kampua’ (imported from Sibu late in the 1990s).

‘Kampua’ had always been a rarity in places outside of Sibu, Sarikei and Bintangor, till the 1990s when there was a sudden surge of demand as more and more foodies had acquired the taste for it.

However, the real Foochow food aficionados tell me that nothing beats the original from Sibu – to which, I must agree. Although admittedly in Kuching, there are now a handful of stalls offering very acceptable ‘Kampua’ dishes.

‘Kolo Mee’, as it was originally served, came in a bowl, with one handful of one prepacked bundle of ‘mee’ from the factory or home-maker – it’s quickly boiled and taken out and submerged in cold water and boiled again. Inside the bowl, the vendor would have ladled in a generous amount of shallot-infused oil, lard, MSG (either the VeTsin or Ajinomoto brand) and the optional vinegar. After mixing the ‘mee’ into this combination, he would place slices of ‘char-sio’ (barbequed pork), deep-fried marinated minced pork and a sprinkling of fresh green onions (some places would add in some greens and even deep-fried shallots). That was the traditional serve.

Today you can ask for ‘special’, with more of the same, or for fresh ingredients – with accompaniments of fresh pork bits and innards, fishcakes, fish and meat balls, greens, prawns, sliced fish and an assortment of other fresh ingredients. Such servings would cost between RM6 and RM10. The traditional ‘Kolo Mee’ would sell for, on average, RM4 at most places, although one can still find a few spots selling them at RM2.50 to RM3 per bowl.

However, I have also noticed that the very popular Malay offering – the local ‘Mee Jawa’ – as still being sold by a handful of popular stalls in Kuching, and it still tastes the same, as good as it did way back in time when the stalls had started, be it in the 1970s or 1990s. 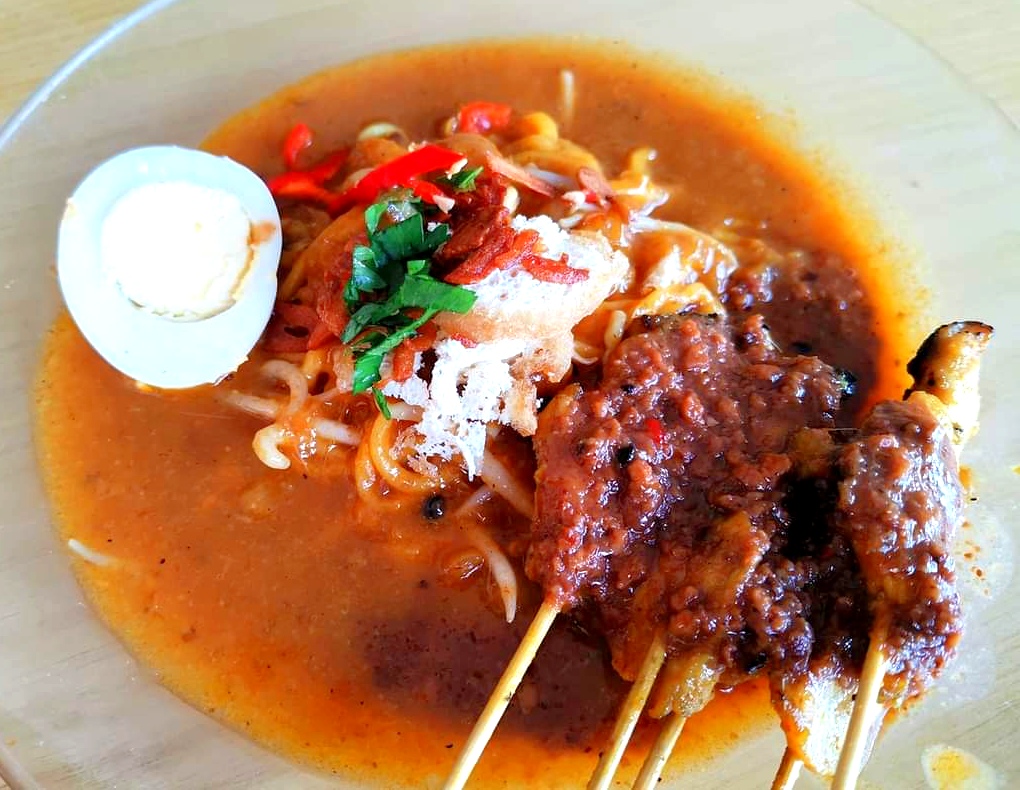 This is a rather unique dish that I believe is not found anywhere else! The family recipe and the tradition have carried on. I love it especially when you order it special, with satays, as the satay sauce is infused with the original ‘kuah’ (gravy) of the ‘Mee Jawa’ – ‘sedap’ (delicious)!

However, the ‘Laksa’ tastes have changed over the years. The original one offered by Min Heng at Carpenter Street might not pass the expectations of many of today’s younger generation, as its broth was a lot lighter with less ‘santan’ (coconut milk) and not as spicy (they gave the sambal on the side for you to add on to your personal taste!).

Today, there are as many different tastes of ‘Laksa Sarawak’ as there are ‘kopitiams’ (coffeeshops) offering them! We all have our own personal favourites and it is always great fun and good camaraderie to discuss, argue and agree or disagree about which stall still offers the best!

Regardless who actually has the best traditional ‘Kolo Mee’ or ‘Kampua’ stall, or which vendor still makes the most authentic ‘Laksa Sarawak’ or ‘Mee Jawa’, we can all agree that we are very lucky and should consider ourselves blessed that we have such an abundance of food and availability of scrumptiousness right at our doorsteps.

Bon appétit to all!