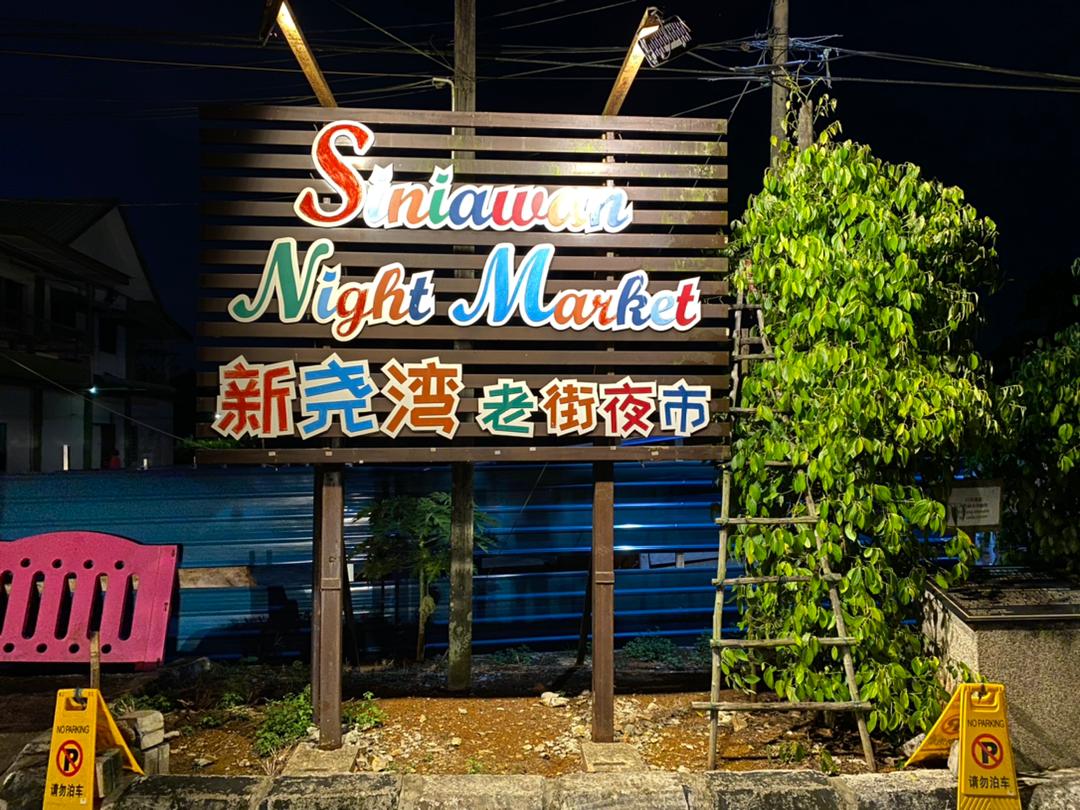 The colourful signboard beckons visitors to come and enjoy the experience at the night market.

KUCHING (Oct 17): The popular Siniawan Night Market is now welcoming visitors again after having been closed for almost five months due to the Covid-19 pandemic.

The market received a good turnout at the reopening on Friday, despite not all of the shops there operating that night. 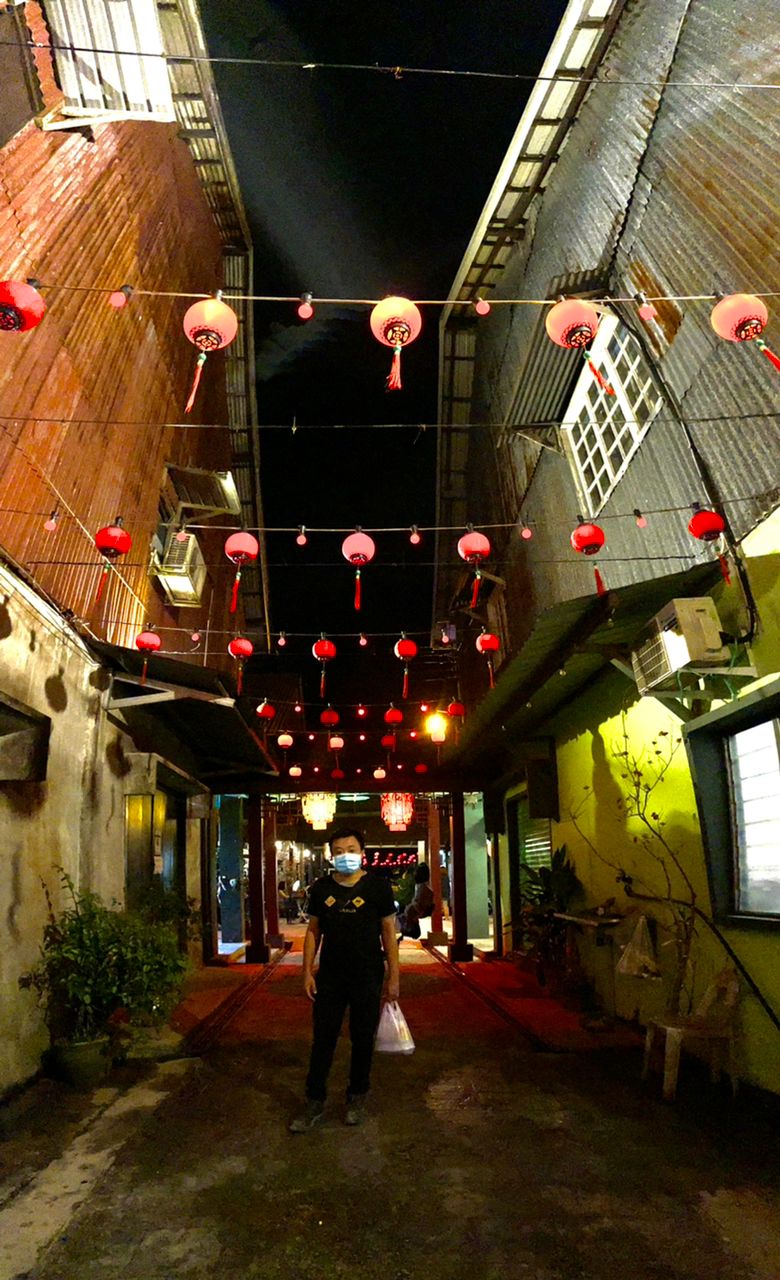 Chung poses for a photo-call, the night market’s signature red lanterns above him.

Still, the atmosphere was festive with the signature red lanterns all over the place being lit up, and the sound of the people chattering while enjoying their meals along the lane between the old wooden shophouses made the scene even livelier.

Amongst the shops and vendors operating were those selling bakery items, Taiwanese sausage, ‘ais kacang’, ‘rojak’, ‘char kueh’, Western food, friend chicken and soups, as well as a drinks stall.

Sarawak’s very own professional yo-yo player Ryan Chung Han, 33, was at the market that night with his wife, Duly Zee Doming, to celebrate their second wedding anniversary.

“Actually, we came by last week but the market was not open, but we found out that it would reopen the following week.

“So we rushed out to come here after work – we have been missing the food a lot.

“I’m excited to be here with my wife. I miss this kind of environment. With Covid-19, everything has been going on and off, and to see everyone coming to celebrate the reopening of the market – it is just great.”
Chung, 33, said his favourite stall was the one selling barbequed quails, but it was not operating on the reopening night.

For Taiwanese sausage seller, Yule Bun, she was happy that the market had finally reopened after so long a closure.

The 26-year-old vendor has been running the business for three years, operating from Friday to Sunday every week until it had to be closed temporarily beginning April this year.

“The response tonight (Friday) was okay… the first night of reopening.” 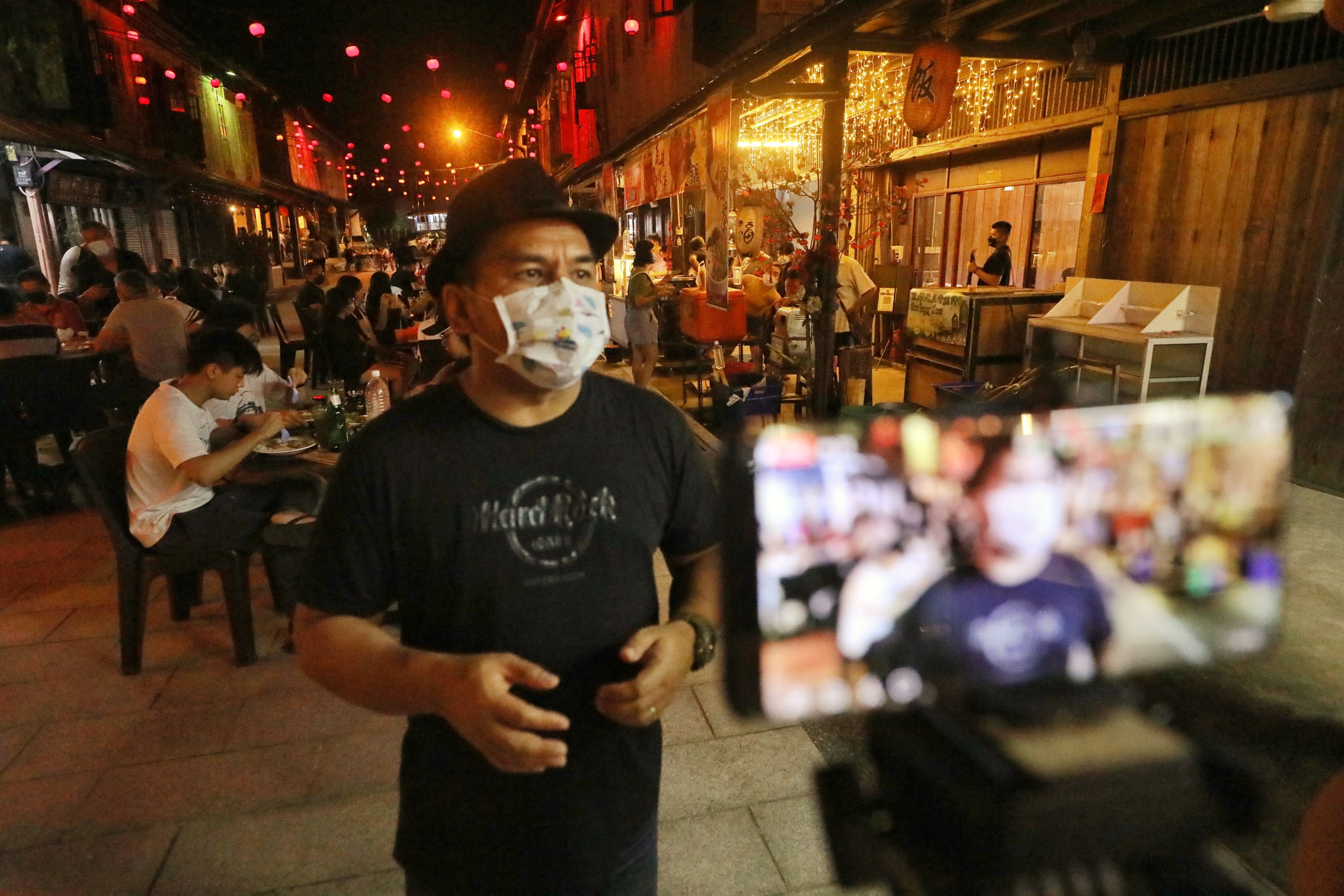 Miro speaks during a live interview at the night market. — Photo by Chimon Upon

Serembu assemlyman Miro Simuh was also met at the market that night, where he stopped by at the shops and interacted with the vendors.

“The response is quite good.

“Reopening the market gives the opportunity to the locals to gain some incomes after having been affected by the pandemic for so long. They’re quite eager to open up shop.

“We also thank the patrons and the visitors from outside Bau for coming down here. 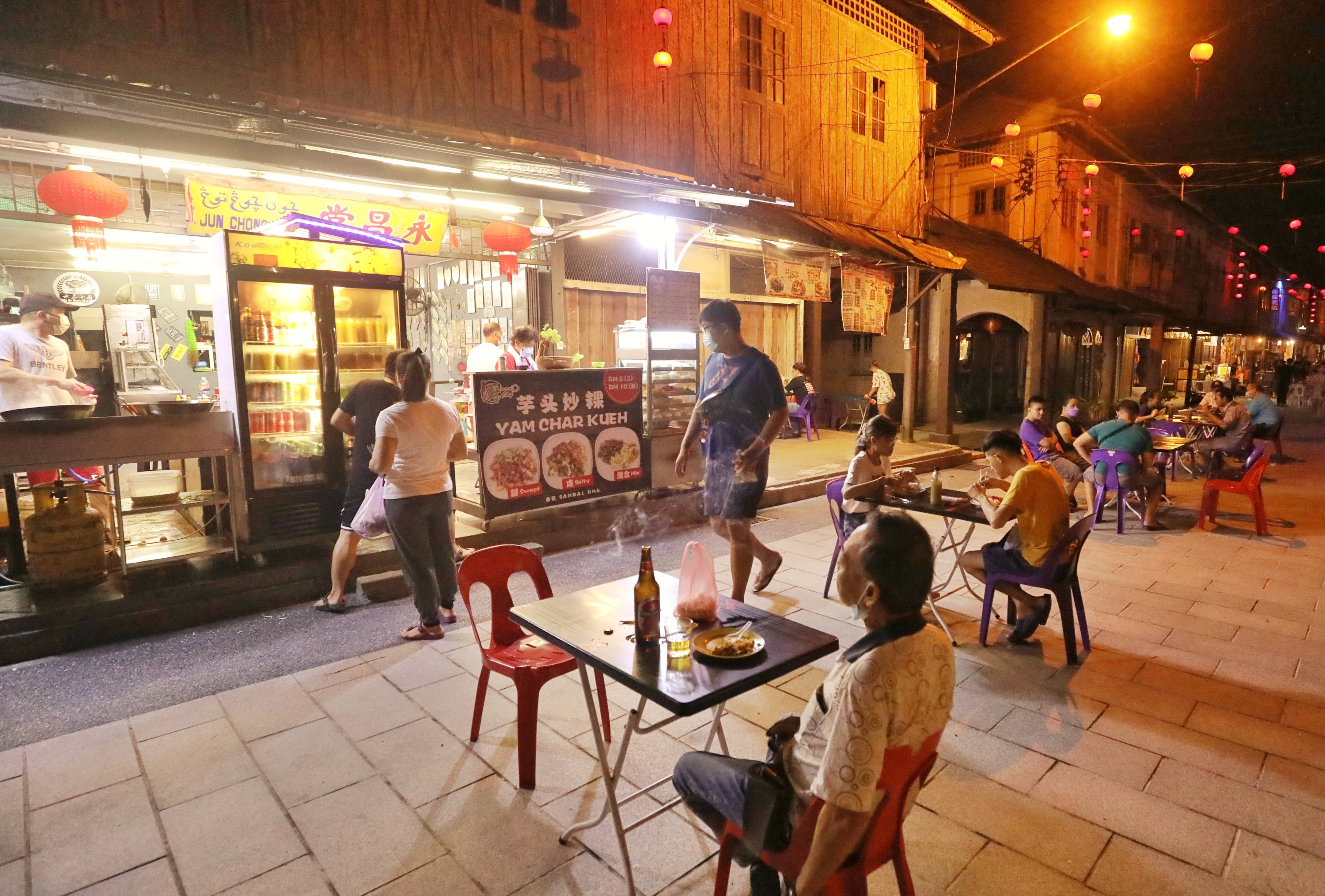 Visitors enjoy their meals along the famous market lane, flanked by the vintage wooden shophouses. — Photo by Chimon Upon

“Although not all stalls are open, the response is still quite good. There are a few new shops and hopefully tomorrow (tonight) and Sunday, and the following week, more stalls would reopen,” said the elected representative.

Those wishing to feel the experience of Siniawan Night Market’s reopening night can visit The Borneo Post’s live walkthrough on that night.

Altogether, there are some 40 vendors and shop owners at the nigh market, which is a part of the Siniawan Bazaar, reminiscent of a typical ‘Wild West’ cowboy town and is over 100 years old.

Located 26km from the city centre, it is a single street flanked by 24 wooden shophouses on each side. Many of the buildings’ exterior cladding may have undergone replacement works, but the wood structures remain original.

In the old days, Siniawan was a thriving trading town, populated mostly by the Hakkas.

It nearly slipped into oblivion at one time and was on the verge of being dubbed ‘a ghost town’, until it rebounded in 2010 – thanks to the creativity of the Siniawan business community who had come up with a new business model for the bazaar.

The joint effort between the local Chinese Pemanca and the residents, namely the idea and implementation of a ‘food street’, has transformed Siniawan into a vibrant tourist attraction, especially during the weekends.