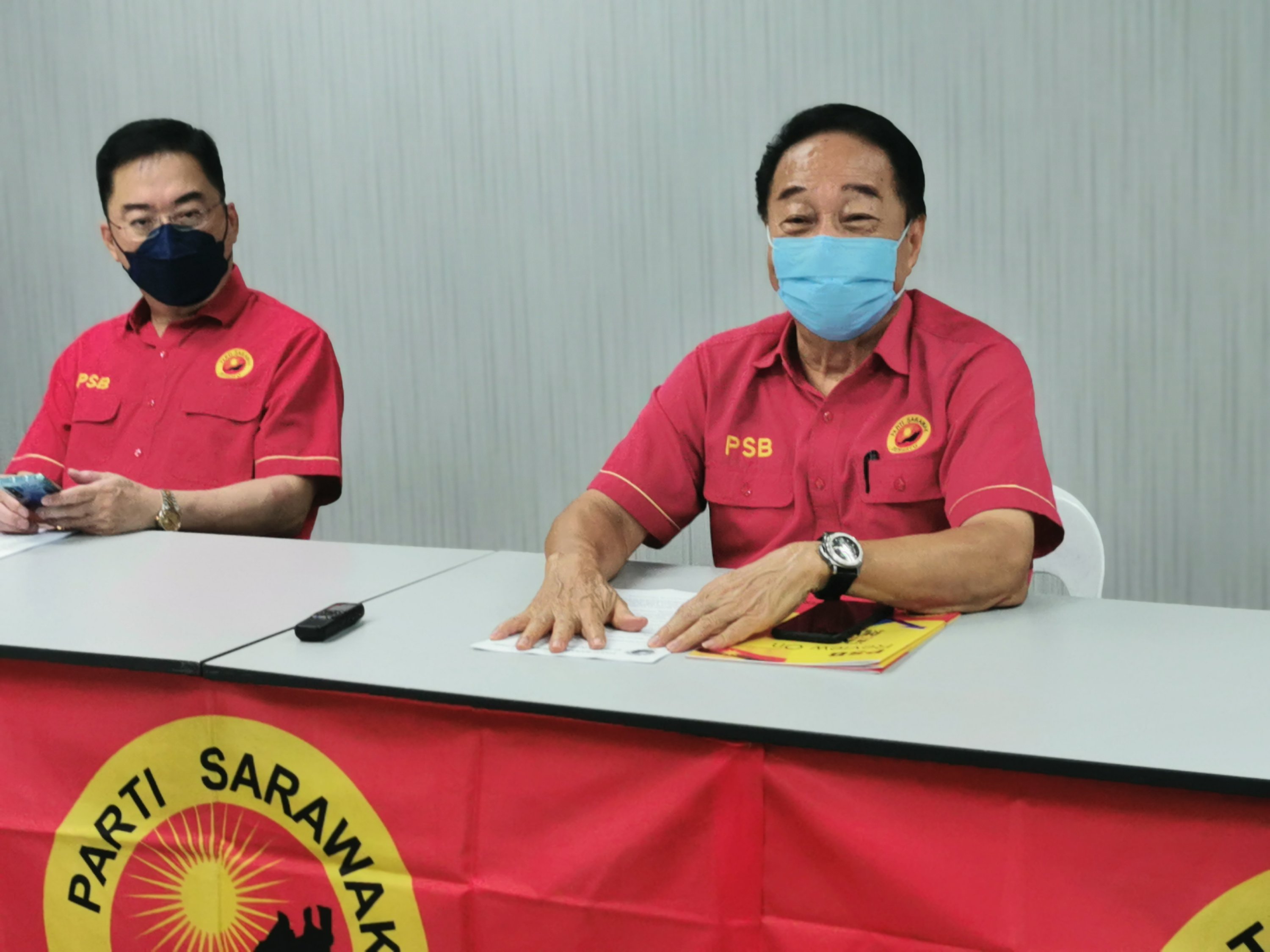 Wong (right) and Lo during the press conference

He, however reiterated the party’s stand that the ruling Gabungan Parti Sarawak (GPS) should not rush to hold the election when Covid-19 infections are still high and wait for the Emergency Order in the state to end on Feb 1, next year.

“We are ready. It is just that we want the government to take care of the people’s lives first rather than rush into an election. (But) If they really want to go ahead, well we are ready (for it),” he said during a press conference today.

PSB secretary-general George Lo, who was also present said the party’s election candidates have been selected with the selection process having been commenced since 2019.

He said these candidates have been moving a lot on the ground and PSB flags can now be seen in many areas already.

“I believe that is why GPS is worried. And if Undi18 (voters aged 18 to 21 years old) is allowed, what we hear is that they really cannot predict what will happen so they (GPS) dare not to take the risk.

“And our challenge to them is since GPS leaders have said they are not scared of the Undi18 and welcome the Undi18 voters, then hold the election next year in February.

“Let the Emergency expire and hold it then. Let the Undi18 people have their vote (counted),” he said.

He also said if GPS leaders think the Emergency Order is too long, they should have raised the matter when the Emergency was proclaimed in July.

Lo also echoed Wong’s stand that PSB is ready for the state election if it were to be held sooner than Feb 1.

“We are ready and we believe that we will win enough seats to form the next state government of Sarawak.

“We want to form the next government of Sarawak but we will not sacrifice our fellow Sarawakians’ lives just in our rush to do it. We can wait,” he said.

Talks are rife that GPS is lobbying for the consent of the Yang di-Pertuan Agong and Head of State to lift the Emergency Order in Sarawak to enable the DUN to be dissolved this month and for the state election to be held next month.

On Sept 3, the High Court declared that the federal government must implement Undi18 and give those aged 18 to 21 their constitutional right to vote by Dec 31 this year.

Earlier during the press conference, Wong said GPS government should not rush into an election just to avoid the Undi18 voters.

He also said others including smaller GPS component parties should come out and urge the state government not to call the election now as it will be disastrous to do so when Covid-19 cases are still high in the state.

Lo also questioned if it is worth it to hold the election now, when nearly 80 per cent of beds in Intensive Care Unit (ICU) in Sarawak have been utilised in the current fight against Covid-19