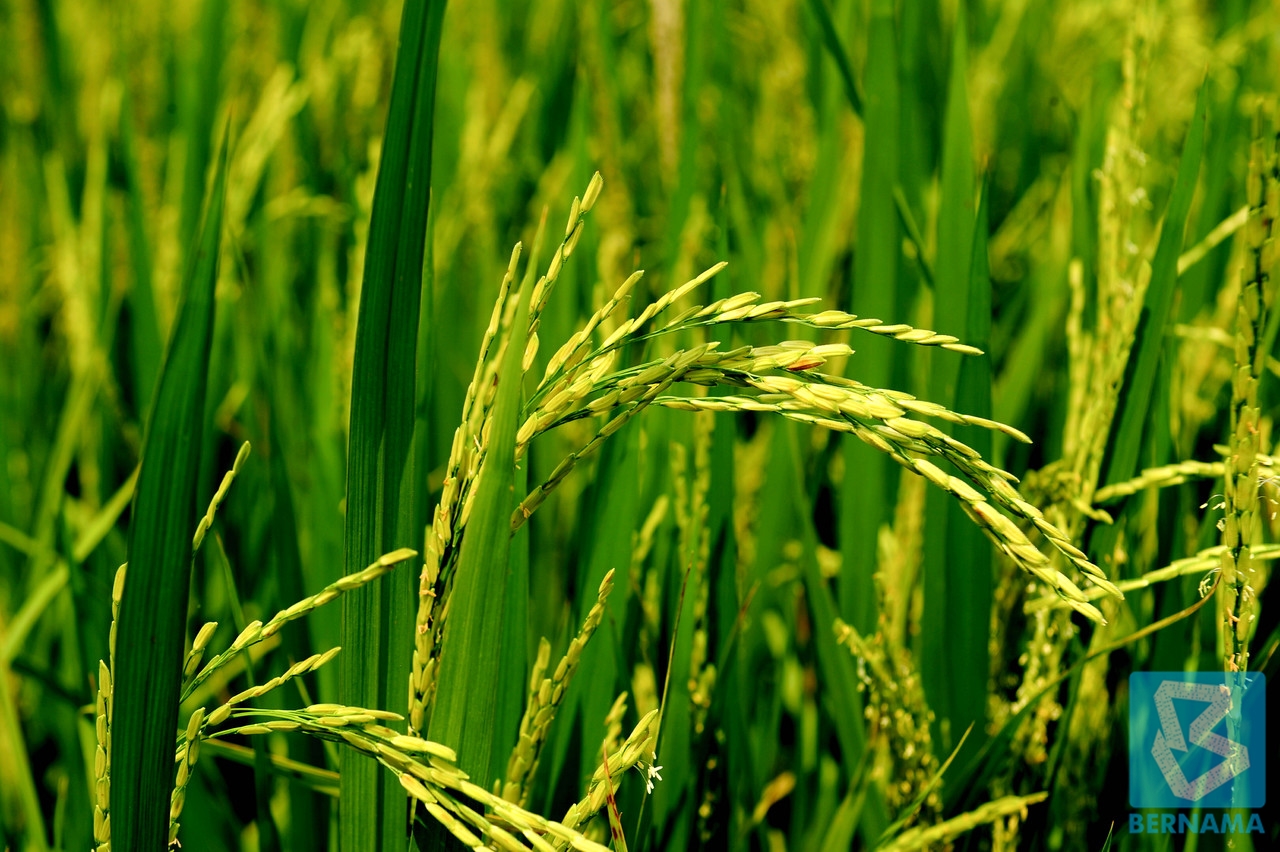 Climate change is posing a threat to the production levels of Malaysia’s staple food, rice, and this is expected to have an adverse impact on the nation’s rice security. – Bernama file photo

KUALA LUMPUR  (Oct 20): Climate change is posing a threat to the production levels of Malaysia’s staple food, rice, and this is expected to have an adverse impact on the nation’s rice security.

The effects of climate change are being felt increasingly in recent years as the higher risk of occurrence of natural disasters such as floods and prolonged dry spells, as well as the shifting rainy season and rising sea level, have influenced water availability.

According to Ministry of Agriculture and Food Industries (Mafi) data, between 2017 and 2021, a total of 40,828.28 hectares of paddy fields nationwide were destroyed by floodwaters while another 9,336.45 hectares were damaged due to drought.

In a recent interview with Bernama, Agriculture and Food Industries Minister Datuk Seri Dr Ronald Kiandee said Malaysia’s food security has been affected by the increase in the average annual rainfall every decade, based on the nation’s rainfall records for 40 years, that is, between 1978 and 2017.

Mafi, meanwhile, has also observed an increase in the size of localities experiencing a reduction in average annual rainfall distribution, particularly in the west coast and southern and central parts of Peninsular Malaysia such as the Sungai Pahang basin and Sungai Kuantan basin.

Ronald said according to Malaysia’s 3rd National Communication (TNC) and 2nd Biennial Update Reports (BUR), 18 per cent of 350,000 hectares of paddy fields have been exposed to frequent episodes of prolonged dry spells. The affected paddy fields were located in the east coast of Peninsular Malaysia.

“Even so, the percentage of paddy fields destroyed by floods is higher. The reports (TNC and BUR) also predicted that 25 percent of paddy cultivated by the Kemubu Agricultural Development Authority will be affected by the phenomenon (extreme rainfall),” he said.

Ronald said based on the Malaysian Meteorological Department’s (Met Malaysia) report titled “Climate Change Scenarios for Malaysia 2001-2099”, the frequency of occurrence of dry and hot weather has increased since 2005 in Peninsular Malaysia, Sabah and Sarawak.

“A prolonged drought, together with a rise in temperature and humidity levels, can lead to a higher incidence of pest invasions and cause certain disease outbreaks which can affect rice crops,” he said.

Farmers grappling with this situation have been incurring losses, with the damaged paddy crops in Peninsular Malaysia registering the highest losses compared with other food crops.

Data related to applications for aid under Mafi’s Agricultural Disaster Fund (to compensate farmers whose crops were destroyed due to natural disasters) between 2017 and 2021 showed that rice crops suffered damages totalling RM21.6 million due to droughts and RM128.8 million due to floods.

As for other agro-food crops such as fruits, vegetables, cash crops and high-value commodity crops, the destruction caused by floods was estimated at RM21.4 million involving 1,944.57 hectares of land during the same period.

The minister said having recognised the impact of climate change on the nation’s food security, MAFI is drafting initiatives for the comprehensive transformation of the paddy and rice industry through the National Food Security Policy Action Plan (DSMN) 2021-2025 which is aimed at boosting paddy production and farmers’ incomes.

“This is because in the (recently unveiled) 12th Malaysia Plan, the government focuses on boosting the nation’s self-sufficiency level in rice production to 75 percent by 2025,” he explained.

To realise this target, Mafi has embarked on various initiatives including cultivating paddy using the SMART Large-Scale Field concept; applying the site-specific nutrient management system; and utilising modern cultivation techniques such as drones for spraying pesticides and the latest machinery for planting and harvesting purposes.

The government has also over the years been providing yearly allocations to build and improve irrigation systems in paddy fields. To this end, tube wells and dams have been built for water storage considering that paddy cultivation is largely dependent on rainfall.

Other measures to increase rice production are the implementation of the alternative wetting and drying (AWD) innovation, which is an irrigation scheduling technique to replace the continuous flooding (CF) irrigation system.

The development and utilisation of seeds of paddy varieties that can withstand the effects of flooding and droughts (anaerobic and aerobic varieties) are also being done, as well as the introduction of agricultural insurance to mitigate the risks of climate change.

Mafi is also supporting the National Water Balance Management System (Nawabs) programme by the Ministry of Environment and Water for the effective development and management of the nation’s water resources and which is being used as a reference in paddy cultivation management.

“Through this programme, rain forecast data from Met Malaysia and data from the National Water Research Institute of Malaysia’s Climate Change Impact research have been integrated to provide information on drought forecasts and availability of water resources two months in advance. Warnings will be issued as early as 14 days in advance to the relevant authorities in charge of water management at the state and federal levels.

“By using this system fully, state water management (authorities) can make decisions pertaining to irrigating paddy fields, such as suggesting procedures like cloud seeding in catchment areas around dams if it doesn’t rain for days and the water level in a dam is decreasing,” said Ronald.

This way, more suitable timings for paddy cultivation can also be planned by referring to the availability of rainwater resources and volume of water in rivers and dams.

Apart from rice, Mafi is also committed to addressing food security in other agro-food sectors such as fruits and vegetables, livestock, fishery and aquaculture through the implementation of the National Agrofood Policy 2021-2030 (NAP 2.0).

“The move to implement NAP 2.0 is seen as an appropriate one as it ensures food security as climate change has also affected national fishery resources. The rise in carbon dioxide levels in the sea is making its water more acidic, which is the cause for the destruction of coral reefs that account for 25 percent of the nation’s marine fish supply.

“In order to strengthen the national food security chain, NAP 2.0 will be driven by five core pillars, including increasing modernisation and smart farming, strengthening the domestic market and producing export-oriented products,” Ronald said.

Apart from that, the government has also set up a Cabinet Committee on the National Food Security Policy as part of efforts to attain more holistic food security.

Concerned about the impact of climate change on farmers, the government allocated RM80 million to MAFI under Budget 2021 to create the Agricultural Disaster Fund, which is now known as the Allocation for Redevelopment of Agro-Food Projects  (PPSPA).

PPSPA is aimed at easing the burden of the target groups – comprising farmers, livestock farmers, fishermen, aquaculture operators, and agro-tourism and agro-based industry operators – affected by natural disasters brought about by climate change

Ronald said the aid and support extended under PPSPA are non-monetary and come in the form of agricultural inputs, equipment, machines and other non-financial assistance to help the targeted groups to redevelop their agro-food activities.

“Up to Sept 15, 2021, a total of RM4,346,239 has been channelled by Mafi to departments and agencies under the ministry to help alleviate the hardship faced by the targeted groups affected by natural disasters,” the minister added. – Bernama