Thursday, August 11
You are at:Home»World»Log-in to God: Vatican to relaunch Click to Pray app 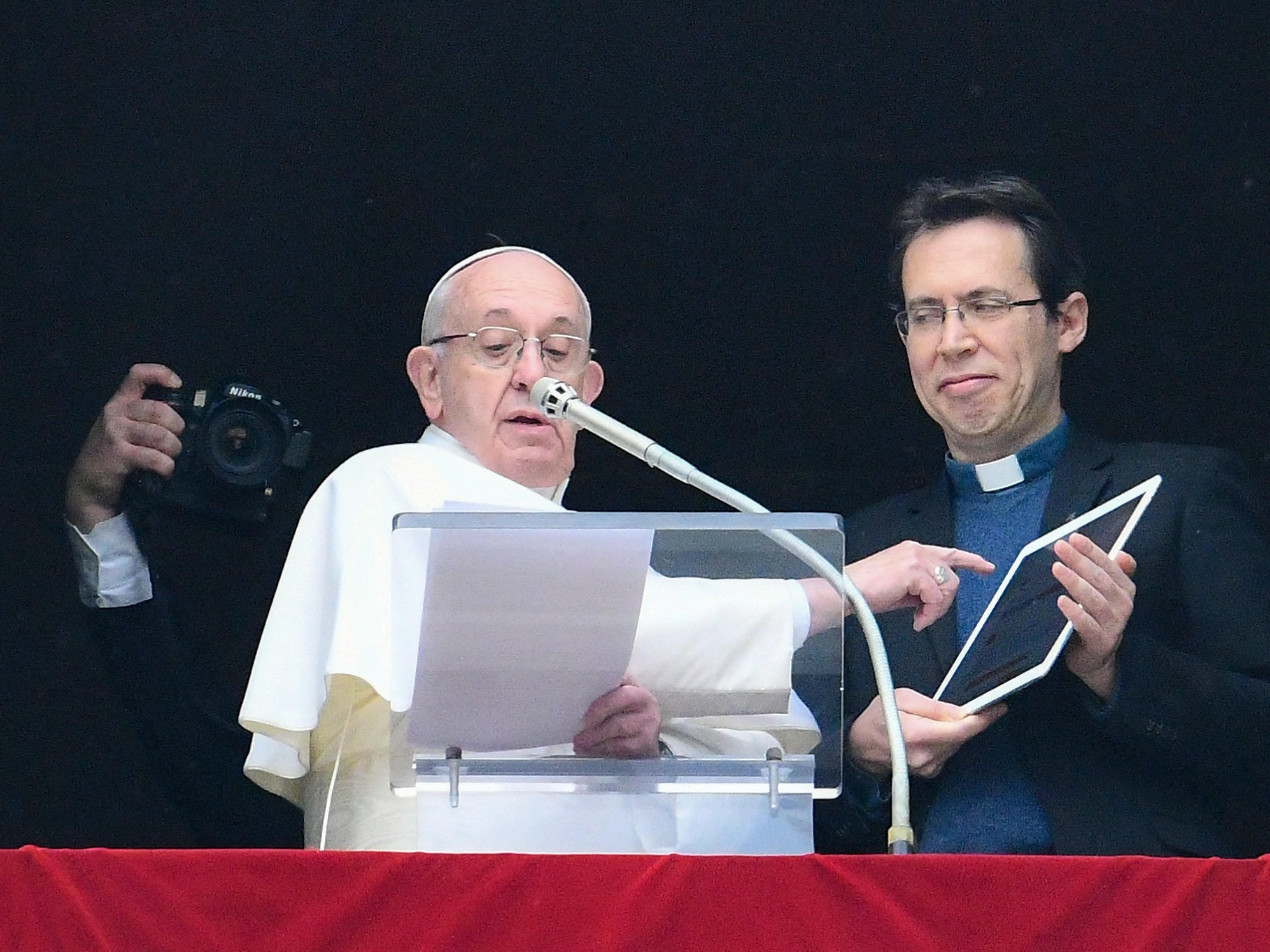 This file photo taken on Jan 20, 2019 shows Pope Francis pointing to a tablet computer as he invites the faithful to download the ‘Click to Pray’ app, from the window of the Apostolic Palace overlooking St Peter’s square in the Vatican during the weekly Angelus prayer. The Click to Pray app is being relaunched, permitting more Catholic faithful to “connect your prayer with the world”. — AFP photo

The Click to Pray app is being relaunched, the Vatican said Tuesday, permitting more Catholic faithful to “connect your prayer with the world”.

Francis, 84, is no stranger to social media — he has a whopping 19 million Twitter followers and 8.3 million on Instagram and a high tolerance for selfies — and has acknowledged that social networks can be an “opportunity to promote encounter with others”.

Since it first appeared in 2016, the social media app has been downloaded by more than 2.5 million people, offering daily prayers and messages from the pope, while allowing users to send prayers to others.

Click to Pray 2.0 will be launched Nov 1 after a test period on beta users comprised of cloistered monks and nuns around the world, Vatican officials said.

The new version — available in seven languages — offers more individualisation, allowing users to set an agenda to schedule prayers, provides more in-depth background about specific prayers and also links to Vatican-approved outside initiatives such as Tweeting with God.

“The idea is to be able to use it (the new app) and give an instrument to people to pray, to be in communion,” Monsignor Lucio Ruiz, secretary of the Dicastery for Communication, which oversees the Holy See’s entire communication network, told AFP.

Asked whether the app was launched to counteract declining church attendance in the West, he said it was “not a replacement for something”.

“It’s understanding culture, reading it and listening and seeing where we are, to be able to be there,” Ruiz said. “Because where people are, the Church must be.”

On Tuesday, the app’s community page listed a host of prayers from around the world, with headlines such as “Please pray for my daughter”, “Prayer for my sick mother” and even one “for my career”.

After creating a profile, a user can organise a prayer agenda, choosing content and setting notifications and reminders to pray during the day.

“With Jesus in the morning — Start your day” reads the caption on the app for a morning prayer, while an evening prayer is under the title “Contemplate and rest”.

The new version was launched to coincide with the opening of the Synod, a global assembly of Catholic church leaders on the theme “Communion, Participation, and Mission”, expected to last until 2023.

Besides social media, the Vatican has multiple traditional media resources to spread the Church’s message to the 1.3 billion Catholics around the world, including the Holy See’s official website, a daily newspaper and a radio.

But outside Saint Peter’s Basilica Tuesday, no European visitors approached by AFP had heard of the app.

On the Google Play Store, most users gave the app five stars, although some cited glitches, especially of having to sign in repeatedly.

One user gave the app one star, saying: “God knows who I am, why should I need to identify to the Pope, too?” — AFP