Friday, May 27
You are at:Home»News»Sarawak»PKR S’wak appeals to King to decline request for lifting of Emergency 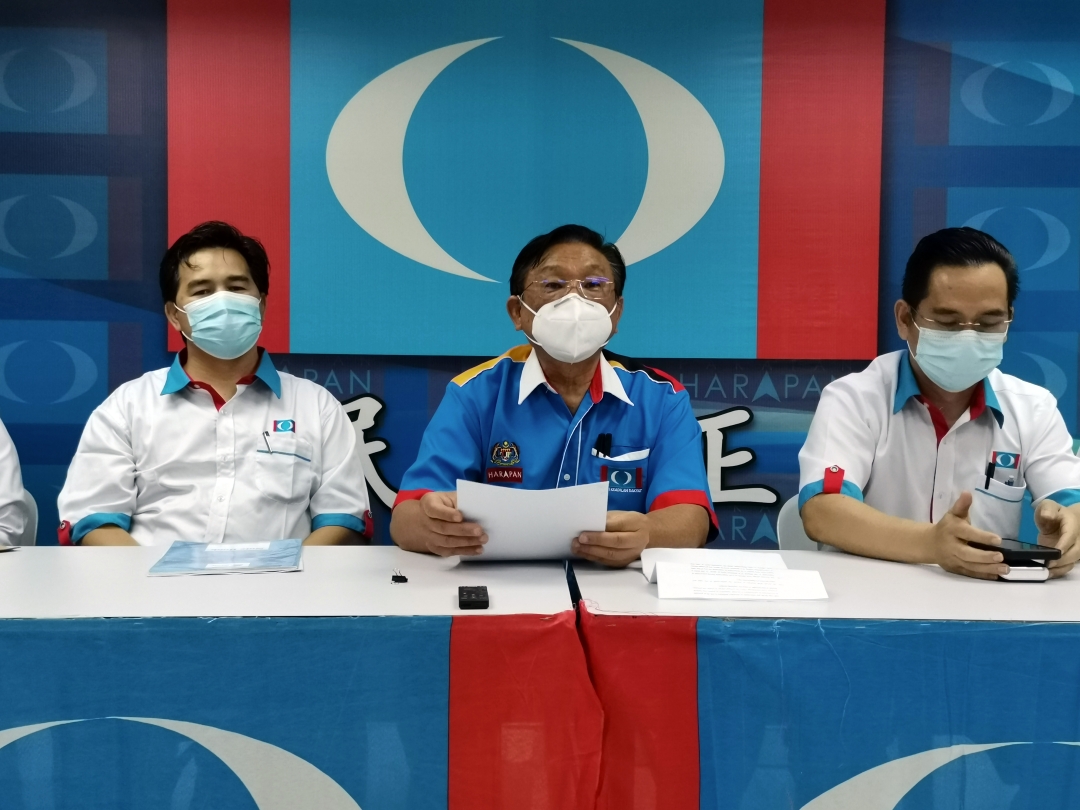 MIRI (Oct 21): PKR Sarawak is appealing to the Yang Di-Pertuan Agong to decline request for earlier lifting of the State of Emergency for Sarawak to pave way for the state election, warning that it could trigger another wave of Covid-19 infections.

It warned another wave of infections could be imminent as global trend indicates the danger posed to vulnerable groups due to waning immunity and children, and an election in the near future could trigger another outbreak as had happened in the last Sabah state election.

This danger of another wave is reflected in the rollout of field hospitals in Miri and Sibu and the near capacity occupation of ICU beds, said its state leadership council (MPN) in a statement yesterday.

“We are sure the number of cases is going to increase as Ministry of Health is setting up temporary outdoor tents in Sibu and Miri while oil and gas companies are opening up temporary tents for their own employees,” said PKR vice-president Dr Michael Teo.

As such, PKR Sarawak appeals to the Yang Di-Pertuan Agong to decline any request for the lifting of the Emergency declared for Sarawak which will only expire next year.

In a government gazette dated July 30, Al-Sultan Abdullah Ri’ayatuddin Al Mustafa Billah Shah proclaimed a six-month Emergency in Sarawak, from Aug 2 to Feb 2, 2022, in a bid to combat the raging Covid-19 pandemic.

The Sarawak Legislative Assembly’s term had ended on June 6 but the Emergency Proclamation suspended the state election which could only be held after it is lifted, and political observers believed that it could happen soon.

PKR Sarawak said this should be avoided in the near future as the state had topped infection cases nationwide in recent weeks and the lower daily number of cases presently was due to reduced testing and ICU beds had remained near full capacity in Kuching, Sibu and Miri.

Dr Teo said Malaysians are predominantly vaccinated with Pfizer vaccine ahead of Sinovac and Aztraneca vaccines in the national rollout. Countries rolling out mostly Pfizer vaccinations such as Malaysia, Israel, Singapore, UK and US are experiencing a third wave of infections as effectiveness of this vaccine wanes after six months, dropping from 88 per cent to 47 per cent after the second dose.

Sarawak’s border relaxation to enable the return of tourists and foreign workers from Indonesia into the state could also contribute to another spike in cases, he added.

In support of the call by Pakatan Harapan, NGOs and concerned citizens for the election to be held next year, PKR Sarawak said this provides the opportunity for 1.9 million youths and new voters in the state to vote.