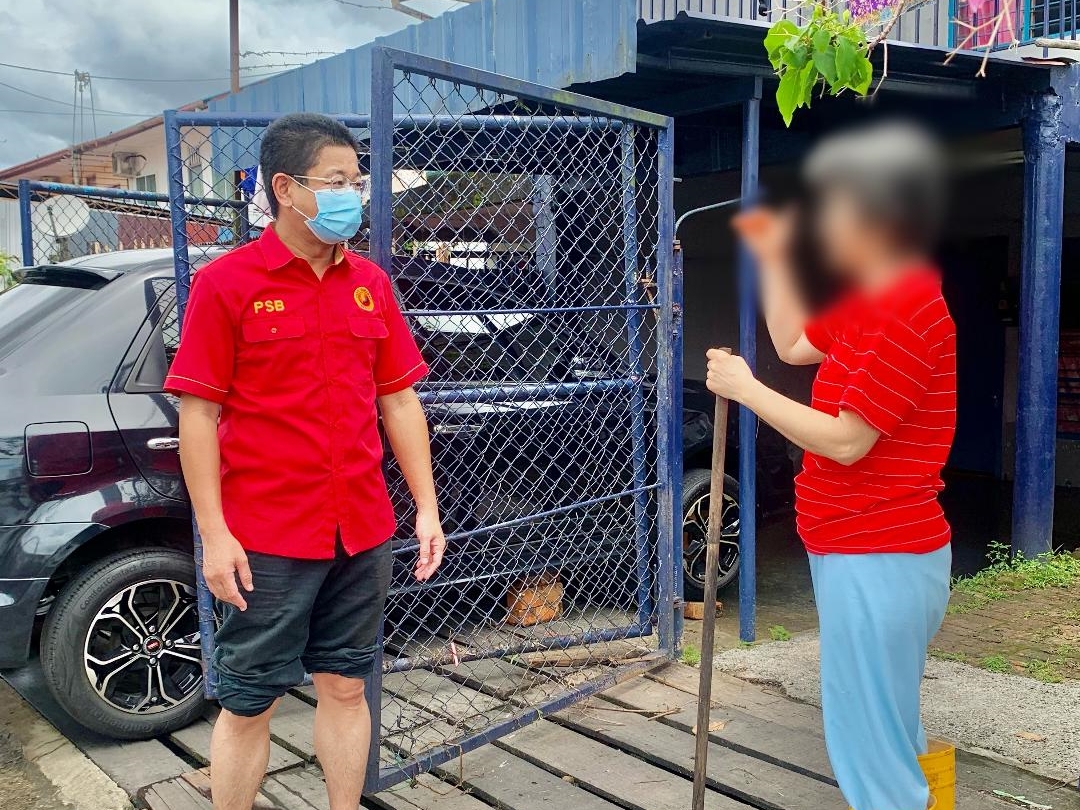 Wong (left) talks to a resident affected by the recent flash flood.

He said each time flash flood hit, the affected households would incur huge losses due to damages to properties like furniture, documents, electrical appliances, beds, mattresses and gardening materials.

He said most of the affected household came from the low-income group living in low lying areas who could not afford to replace their losses.

“The onus is on the government to look into these problems and compensate the affected households,” he said in a statement yesterday.

Wong said the government was solely to blame for the flash floods due to poor drainage.

‘If the drainage system is good, flash flood will not arise and the households would not have to bear the brunt of the flood waters.”

“The situation is unacceptable, unprecedented and unheard of. I have never come across such a situation (flash floods) at Jalan Tun Abang Haji Openg before, forcing many households to do the clean-up when the flood subsided. It’s unbelievable.”

Wong said the situation in the west bank was equally worse during heavy downpour, and farmers were crying foul over their huge losses.

He said each time after the flood, the relevant government agencies would access the damage and promised to rectify the problem.

However, he said nobody ever thought of coming up with compensation for the affected households to cushion their suffering and losses.

“Over time, the talk about looking for a solution is back to square one,” he said.

Wong said the government should come up with a master plan and solve the flash flood woes once and for all.

“The people are not looking for sweet promises but concrete action from the government to help them overcome problems brought by the flood woes,” he added.

Previous ArticleAwang Tengah bullish on Sarawak’s ability to attract FDI
Next Article Julaihi: Contractors must be on the ground to check work progress