Saturday, December 4
You are at:Home»Columns»Just another point of view»Why are certain brands more successful than others? 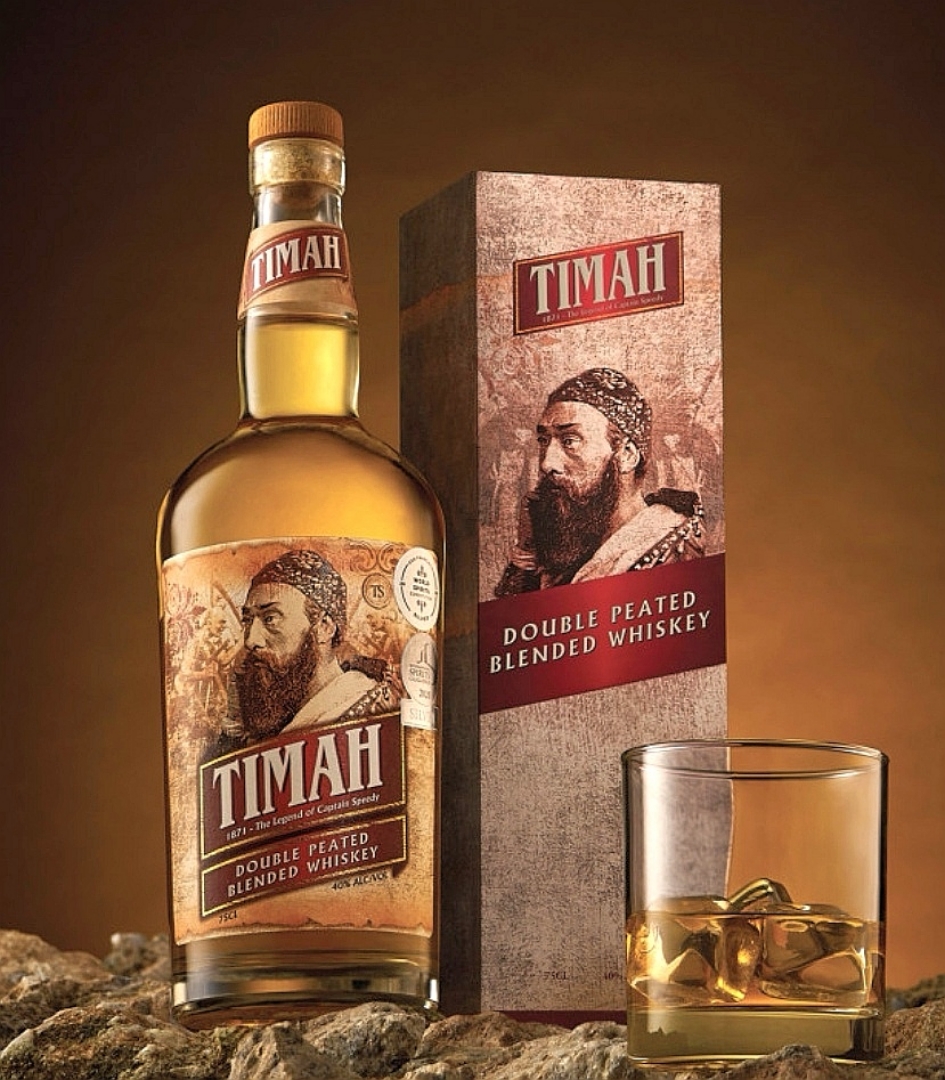 What’s in a name? Timah Whiskey that has caused an uproar.

ACCORDING to Statista Research Department, which published their results on Oct 12, 2021, the year’s most valuable brand in the world is Apple – it has an estimated brand value of about US$263.4 billion (roughly RM1.093 trillion at latest conversion rate). Amazon comes in at a very close second, with a value of about US$254.2 billion.

Brand value is a term widely used in the marketing industry to describe the value of brands based on the implication that the owner of a well-known brand can generate more money than products of lesser-known brand. It strictly follows the ISO: 10668 standard, which maps out the valuation process adhering to six key requirements: transparency, validity, reliability, sufficiency, objectivity and financial, behavioural and legal parameters.

A brand is an intangible asset that identifies one seller’s unique product from another and is often its most valued asset. Strong brands have immediate recognition wherever they are used and virtually sells by itself having built up over a period its reliability, reputation and dependability.

The recent fiasco over the brand name of a newly-launched Malaysian whiskey called ‘Timah’ from supplier Winepak International has once again brought forth the debate and discussion of local and ethnic names being used in our everyday products and services.

Forgetting the fact that this is a product that is sold only to a very niche part of the population, I reckon that peated whisky drinkers account for less than 0.01 per cent of the Malaysian population; thus, the outcry from a consumer bloc that would neither be purchasing nor consuming the product is, to say the least, idiotic, simplistic and smacking of pure nastiness and sheer small mindedness.

Besides which, what is wrong with the name, the label or the origin of the branding? Anyone would come to the conclusion that the complainant is childish at best, and racist at worst.

I blame all this on the misguided ‘art of distraction’ as practised from time to time by politicos from a certain ultra-extremist group within our society to test their political clout and to make a bit of noise in their campaign to eventually ban all things that they consider ‘unholy’ in their eyes.

In a way, it’s good for the rest of us to be shown during these outbursts as to who are the real-life morons and village idiots still among us in the public arena.

This issue is not about to go away anytime soon, but in the meantime, I must say this – what has happened to Timah Whisky is probably the biggest publicity stunt for a newly-launched product of any kind in Malaysia so far this year. It’s worth in terms of advertising ringgit is immeasurable; even a budget of a few millions could not have garnered this kind of publicity – in marketing, they say that any publicity is good publicity for the brand, even though it might actually look bad on the surface!
I understand that now, the suppliers have completely sold out all their stocks and there’s a huge backlog in outstanding orders as well!

Among the top 12 most valuable brands in the world today, seven brands are from the US – Apple, Amazon, Google, Microsoft, Walmart, Facebook and Verizon.

Two brands are from China – ICBC and China Construction Bank; and one each from Japan and Korea – Toyota and Samsung, respectively.

It is no easy task to ascertain why certain brands gain in value and others lose their long-held strength as embroiled therein is a combination of market forces, launches of new products, success of current product range and ongoing marketing campaigns, plus the odd scandals here and there, now and then – all would contribute to the final end-result.

As for us, the man on the street – the happy shopper who needs to pick up his groceries weekly from his local supermarket or ‘mom-and-pop store’, who also once a while drops into his favourite ‘kopitiam’ or pub for a coffee or a mug of beer – we are being constantly bombarded by an array of many different brands, although we are not aware of it as such.

I had my training as a marketing executive in The Borneo Company. In the early days back in the 1970s, there were very few famous brands, and most of them were either very well-known and of longstanding reputation – mostly the imported stuff; versus the locally-produced and manufactured items, often either copycats or of slightly dubious quality. There were wide price differentials, some even as much as doubled or more. But the buyers and the consumers could see, taste or feel the difference in the quality, the taste or the usage, thereof, depending on the product.

For every single product that I had mentioned, there were local substitutes or copycats also available (maybe not Bovril/Marmite/Guinness) but the ‘Chap Langkaus’ and ‘Longhouse Brand’ could easily serve the same purpose as Johnnie Walker or Hennessy! 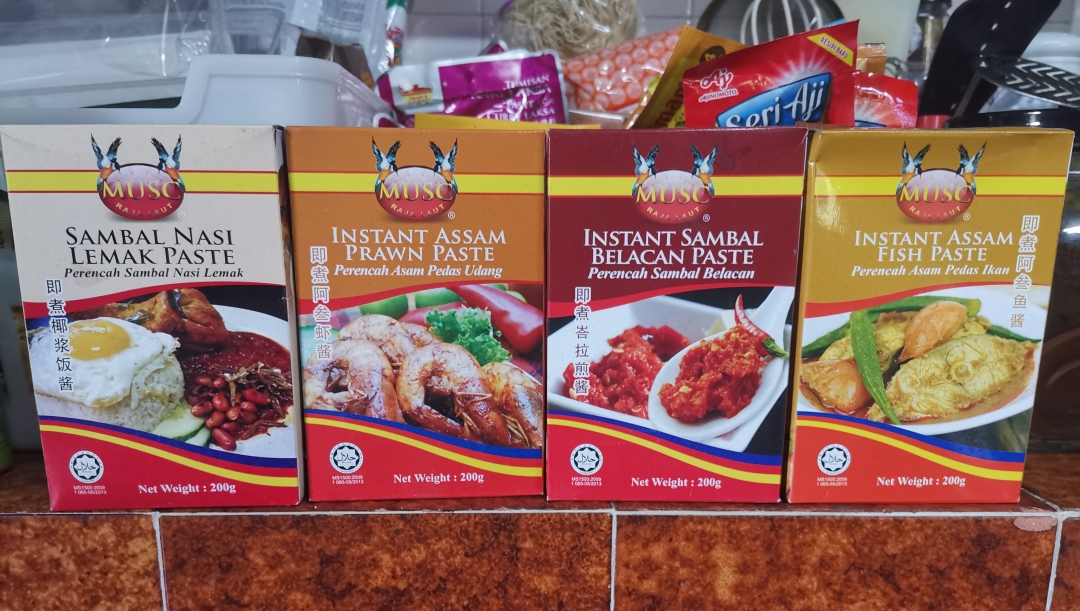 Many local brands had eventually improved themselves, found their niches, adapted their quality to consumer demands and made success of themselves. Most would have spent enormous amounts of advertising ringgit to get there, but today’s consumer have become more discerning and are now better educated, more exposed and their taste buds too have also matured to such a level that many have become food critics as well as aficionados!

Some of the local brands of biscuits, drinks and other foodstuff produced locally could now match and challenge, or even exceed, the quality of the more expensive imported products; they also have the added advantage of being fresher and cheaper too!

Among our local brands, there is a handful that have sought and found great success exporting to overseas markets like Singapore, the Indo-China, Australia, the Middle East, Japan, Korea and Hong Kong. I personally know of two such brands from Kuching – Patrick Song’s Borneo Eco Fish – the Batang Ai reared pink tilapia; and the MUSC Brand of Sarawak Laksa paste and other local sambals and condiments.

I wish them even greater success as I’ve tried many of their products and they are of a consistent high quality and of great value! 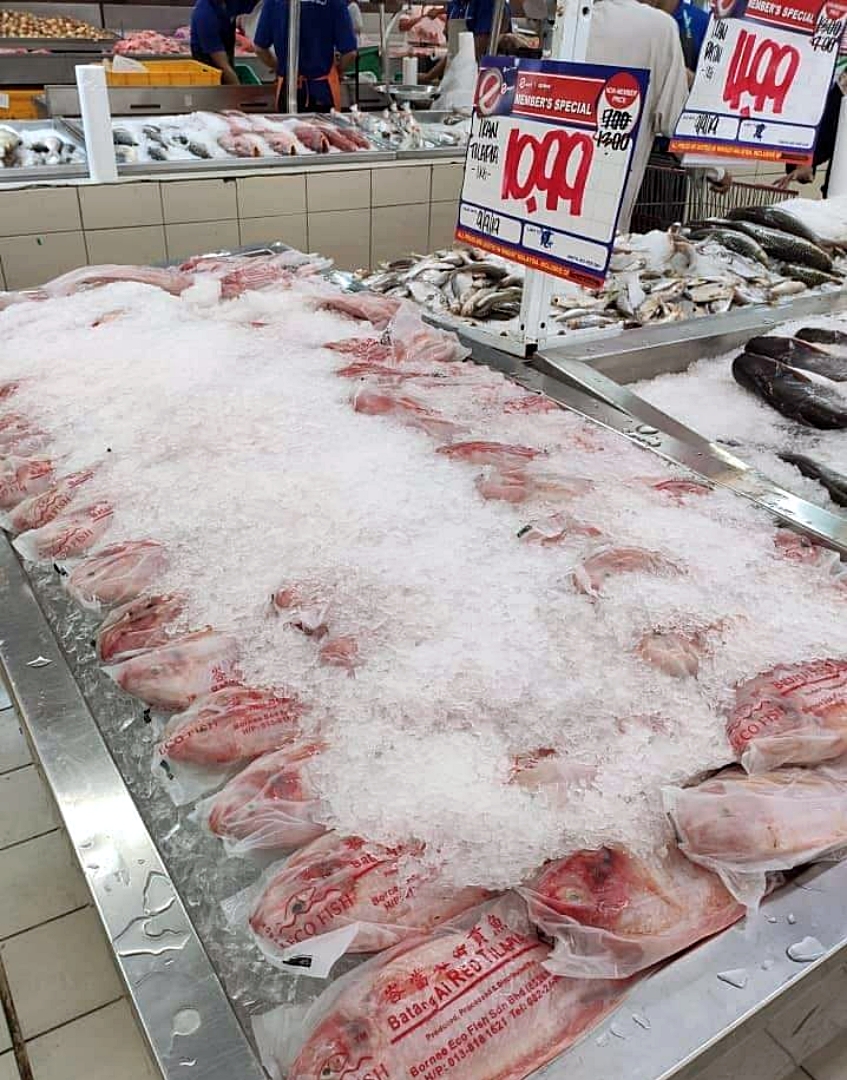 Borneo Eco Fish being sold in a chain of Singapore supermarkets.

Brands will come and go – many of the brands famous during our childhood are no longer around – they may have lost touch with the consumer, they may have shuttered their factories, or have simply lost out to their competitors who had either done better, walked that extra mile, made that costly investment in installing new machinery, or maybe they should have paid their workers better. There are dozens of reasons and excuses why some brands succeed and others fail.

As consumers, we had also played our small part in deciding which brand we had liked and had continued supporting throughout the years — all that they had to do was to have kept us happy and continued to keep their brand names alive and in the public eye.