Thursday, January 20
You are at:Home»News»Sarawak»Minister calls on telcos to boost Internet coverage in Sarawak 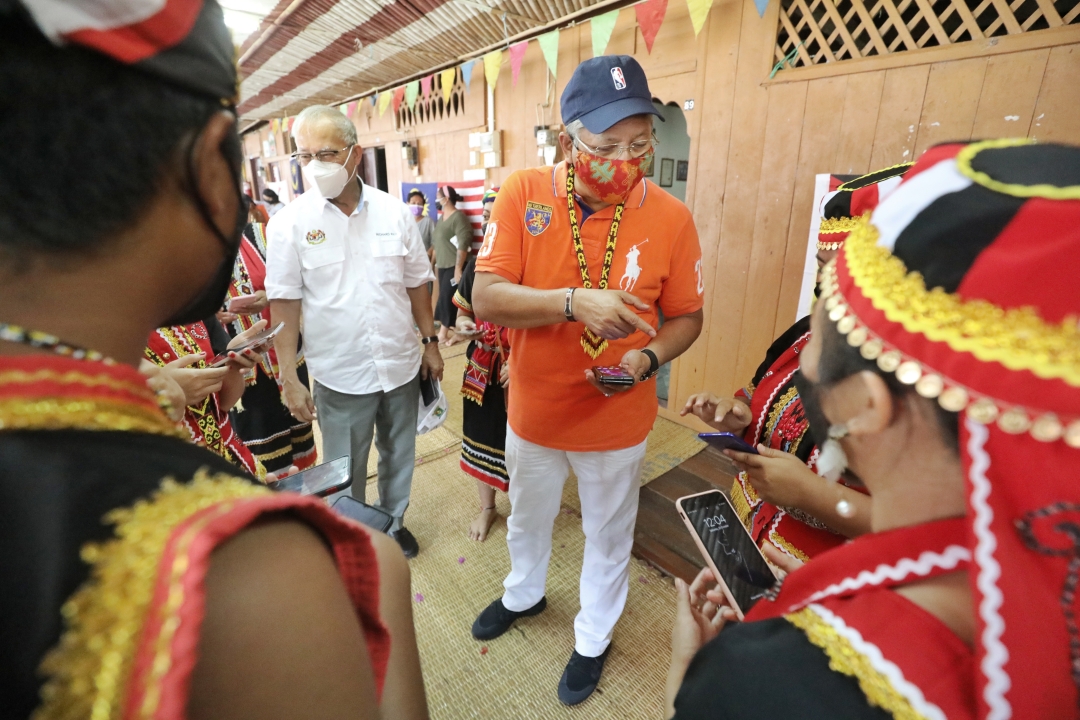 Annuar chats with the local womenfolk during his visit to Kampung Mongkos. He is accompanied by Serian MP Datuk Seri Richard Riot.—Photo by Chimon Upon

KUCHING (Oct 24): The federal government would continue to negotiate with all the telecommunication companies (telcos) in the country towards upgrading their Internet network in Sarawak to reach connectivity speed of at least 4G.

Minister of Telecommunication and Multimedia Tan Sri Annuar Musa said he had been in constant negotiations with all the service providers on tackling the issue of poor Internet coverage in Sarawak, especially over the rural areas.

He acknowledged the cooperation, but he also called for more commitment from the telcos towards this end.

“No matter what answer they give me, as long as I still hear complaints about poor Internet coverage from the people in the rural areas, I would still pay attention to the people’s grouses.

“I understand that in the rural areas, the population’s concentration is quite low so commercially, it is not very attractive and so, the companies are more interested to invest in places with high population.

“But they can also consider areas by doing it on a subsidy basis. With the profits obtained from the cities, they can subsidise the cost of providing equally good services to the rural subscribers because the people are entitled to have access to quality Internet,” he told reporters during an official visit to Kampung Mongkos in Serian yesterday.

Annuar said having the infrastructure all over would mean nothing if the service providers did not come and fix their equipment.

He expressed hope that every service provider would see it from a national perspective and cooperate with the government in connecting every part of the country, including Sarawak, with Internet access.

He said the government had asked for their cooperation not to burden them, but to at least give back to society by upgrading the facilities in the rural areas.

“The telcos are making business because the government controls the licences. We are not issuing licenses for new telcos; thus their business is protected.

“So there must be some responsibilities. If we didn’t control it (licensing), everyone would come in; but we don’t want to do that. We want efficient services.

Annuar said he would continue to engage with the telecommunication services providers to ensure that the rural communities could also enjoy the same facilities used by their urban counterparts.

In this respect, he said the federal government had allocated RM4 billion to upgrade the existing telecommunication towers and also to construct new towers in Sarawak throughout the period until end of next year.

He said after completion of the works on the towers, which should take between six and seven months, the next step would be the installation of the relevant equipment.

According to him, the RM4 billion would be managed by the Malaysian Communications and Multimedia Commission (MCMC), and some directly by the service providers to upgrade the capacity of the existing towers, numbering between 3,000 and 4,000, to 4G-capacity.

“The state government is also building about 300 towers as support for areas that are not covered under the federal funding.

“This should further speed up the process to connecting places in Sarawak with 4G Internet next year,” said Annuar.