Monday, January 24
You are at:Home»News»Sarawak»SMC to convert 6 open spaces into community gardens 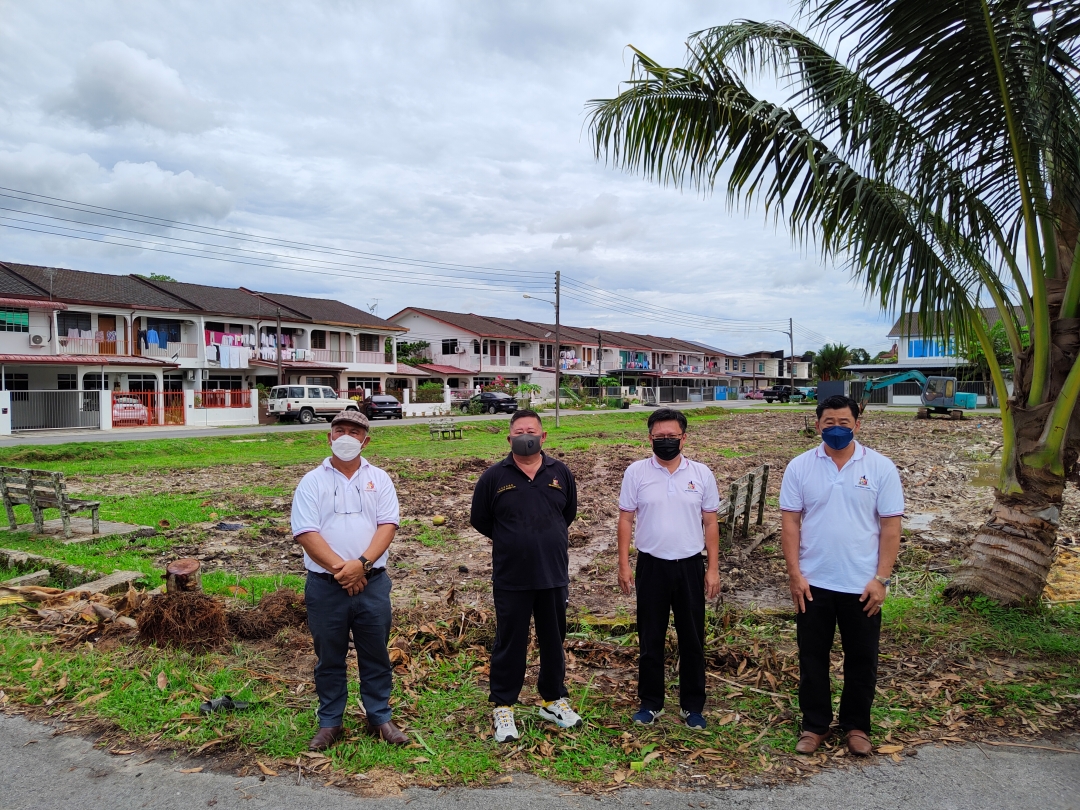 Chieng (second right), and (from right) Tiong, Lim and Sammy in a photo call during a site inspection at Lorong Perpati 2B.

“Most of them will be ready (for use) by end of this year, while that at Jalan Bandong will hopefully be ready early next year.

“The SMC is very focused in promoting healthy lifestyle and strengthen social cohesion among the people from all walks of life here,” he told reporters after the site inspection of Lorong Perpati 2B here, yesterday.

He was accompanied by his vice-chairman Cr Sammy Ngelambai, and councillors Lim Tiong Guan and Raymond Tiong Eng Lee.

Chieng added that the proposed community garden at Ulu Sungai Merah 50A1 would be equipped with a children playground and fitness facilities, in addition to a jogging track, benches and carpark. Beautification works would come in later.

He said the type of playground and fitness facilities to be provided were standardised across the community gardens.

“The upgrading work at Lorong Mantis Selatan 3 will include widening the running/jogging track, and adding facilities at the children’s playground and fitness corner.

“At Lorong Lim Han Swee 8, the running/jogging track will also be widened, parking lots will be provided and so too are facilities at the children’s playground. The same will be done at Kutien Memorial Park and Hui Ning Garden.”

The Rejang Park Traffic Garden would undergo a major upgrading with details to be known later, he added.