Friday, December 3
You are at:Home»News»Crime»Man nabbed in Batu Kawa on suspicion of drug possession 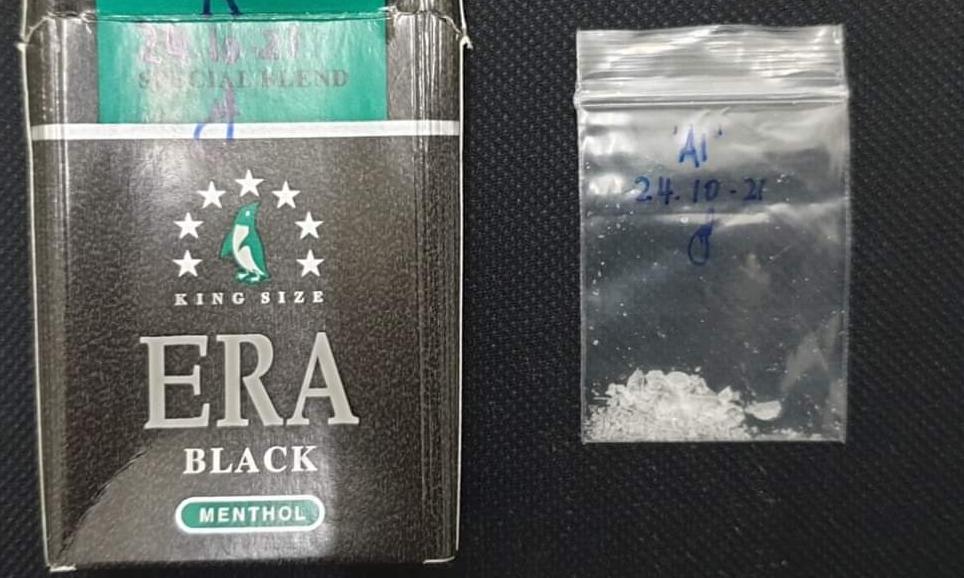 Photo shows the drugs and the cigarette box that the packet was concealed in.

KUCHING (Oct 25): Padawan police arrested a 23-year-old man yesterday (Sunday) after he was allegedly found in possession of drugs believed to be syabu at a house in Jalan Batu Kawa.

“The suspect was in front of a rented room in Jalan Batu Kawa area when the arrest was made by the police.

“From the search made on the suspect, the police found a green-black cigarette box in his hands, and when checked, a translucent plastic packet containing a crystalline substance, believed to be syabu, was found,” he said in a statement today.

He said the drugs weighed about 0.50 grams and were estimated to have a street value of RM50.

Abang Zainal added a urine test conducted on the suspect found he was positive for amphetamine abuse.