Sunday, September 25
You are at:Home»News»Nation»Health Ministry on the hunt for woman who refused to mask up at Suria KLCC 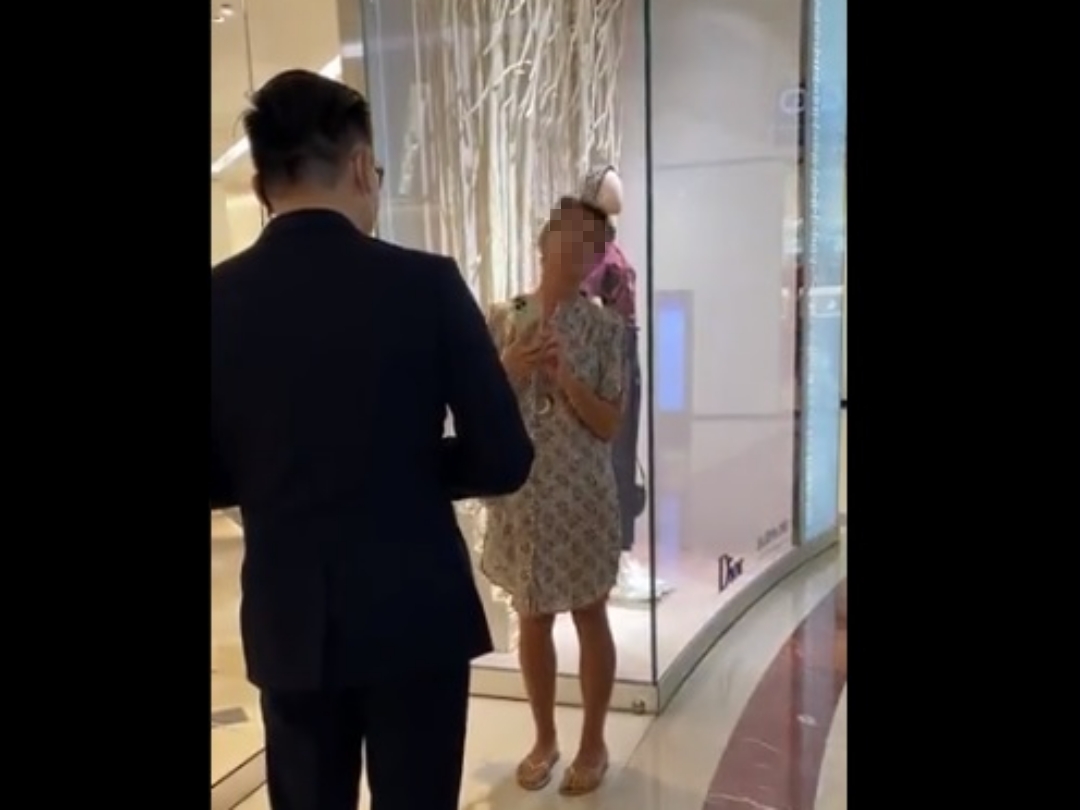 The clip of a white woman went viral after she was stopped by at least two staff of a Dior outlet from entering the store at Suria KLCC. – Screengrab from Twitter/DFE

KUALA LUMPUR (Oct 27): The Ministry of Health (MOH) said today it is seeking more information from shopping mall Suria KLCC over a foreign Caucasian woman who was shown refusing to wear a face mask to enter a luxury retail outlet.

Health Minister Khairy Jamaluddin said anyone in Malaysia should wear a face mask regardless of any rules elsewhere abroad.

“When in Rome do as the Romans do. When in Malaysia, please mask up. Regardless of the rules elsewhere.

“@KKMPutrajaya is getting more information from KLCC,” he posted on Twitter, tagging MOH.

Was in a que at @Dior KLCC!!! No entry for no mask!!! This lady resisted and said those with masks are communist!! Applying “white entitlement” in Malaysia!! Kudos to the @Dior KLCC and @SuriaKLCCMall staff @Khairykj @KKMPutrajaya please find and fine her!!! pic.twitter.com/hXzi9difRg

Earlier today, a clip of a white woman went viral after she was stopped by at least two staff of a Dior outlet from entering the store at Suria KLCC.

The video posted by a Twitter account @DFEfiercefun showed the woman insisting on entering the retail store and claimed that one of the retail workers intimidated her by trying to enter the compound without a face mask.

“You can’t stop me, it’s a free country and you don’t own the shop,” the woman said to the retail workers.

She also accused Malaysia of being a “communist” country for mandating the use of face masks.

Her behaviour has been dubbed by Malaysians online as a “Karen”, a pejorative term for a white woman perceived as entitled or demanding beyond the scope of what is normal.

Since August last year, the wearing of face masks was made compulsory in public places, and offenders are liable to a RM1,000 fine under Prevention and Control of Infectious Diseases Act 1988. – MalayMail