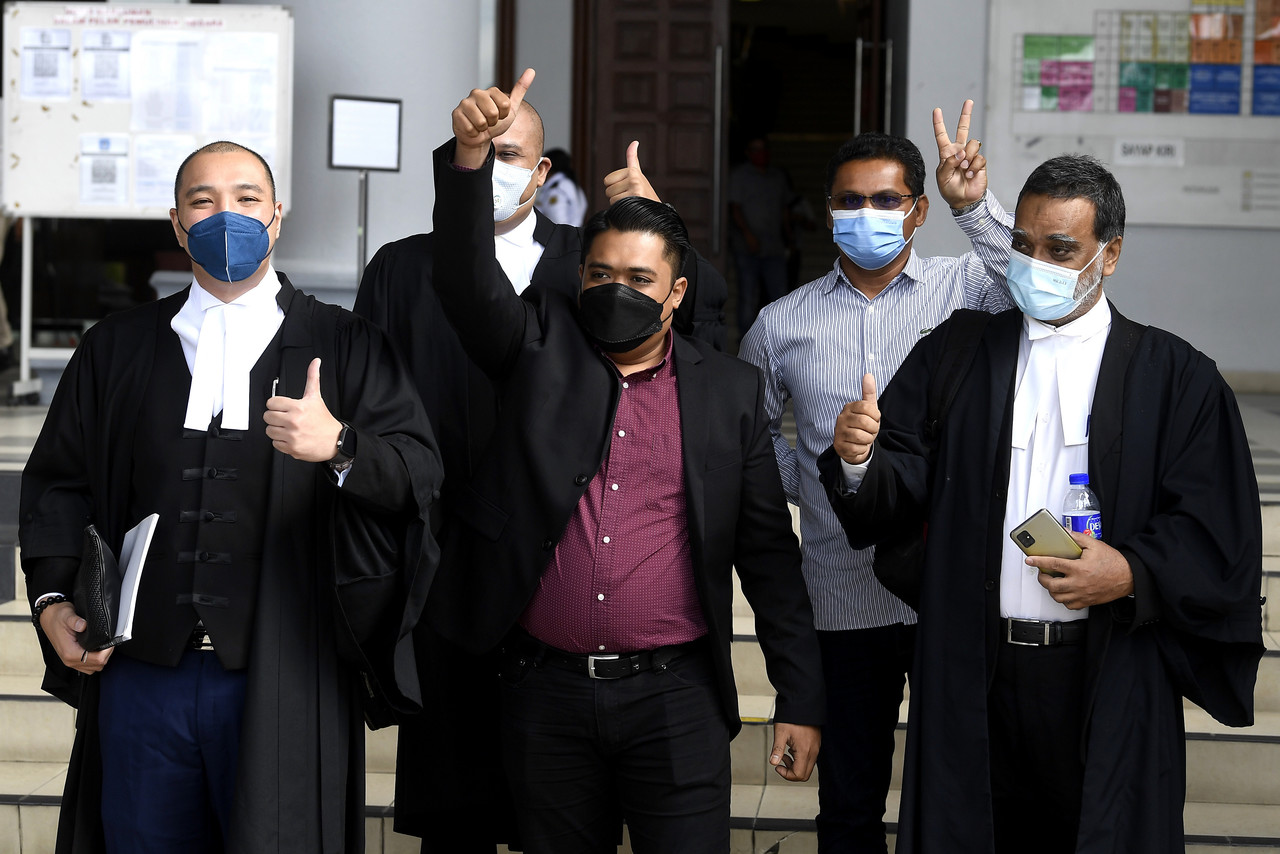 Ahmad Saiful Islam (centre) and his legal team exiting the court today after he was acquitted and discharged from a drug abuse case. – Bernama photo

Sequerah in his judgment said the taking of only one bottle of urine had left open the possibility of contamination as the same sample was used both by the police for the screening test and the chemist for the confirmatory test.

“I find that the failure of the police to abide by the guidelines in omitting to take two bottles of urine has rendered the conviction flawed,” he said.

“The suspects should be given the option to choose the two bottles, one of the bottles is for screening purpose by the police, while the second sample should be sent to the hospital for a confirmation test after the first bottle is confirmed positive for drugs.

“The second bottle must be properly sealed and secured the Kementerian Kesihatan (Health Ministry) guideline No. 6/2002 requires at least 30 millilitres (ml) of urine sample in one bottle,” he said.

Sequerah further said it was evident that the presumption under Section 37(K) of the Dangerous Drugs Act needed to be rebutted on a balance of probabilities which was of a higher standard than merely to raise a reasonable doubt.

“That being the case, there is a more compelling reason why the process of taking the urine sample must be conducted with strict compliance with the procedure, which in this case are the guidelines and the possibility of contamination of the sample be minimised if not obliterated altogether.

“Therefore, the prosecution has failed to prove the case against the appellant and this appeal and the conviction ought to be set aside. The bail amount of RM9,000 is to be returned to the appellant,” he said.

On June 24, last year, magistrate Mohamad Aizat Abdul Rahim sentenced the accused to eight months’ jail after finding that the defence had failed to raise a reasonable doubt in the prosecution’s case.

The court also ordered Ahmad Saiful Islam to serve the jail sentence from June 24, last year and to undergo two-year surveillance under the National Anti-Drugs Agency after completing the jail sentence.

On July 2, last year, Ahmad Saiful Islam filed an appeal against the Magistrate Court’s decision on the sentencing.

The court allowed his application to stay the execution of the jail sentence pending an appeal in the High Court. – Bernama