Wednesday, December 8
You are at:Home»World»Singapore reports more than 5,000 Covid-19 daily cases on Oct 27 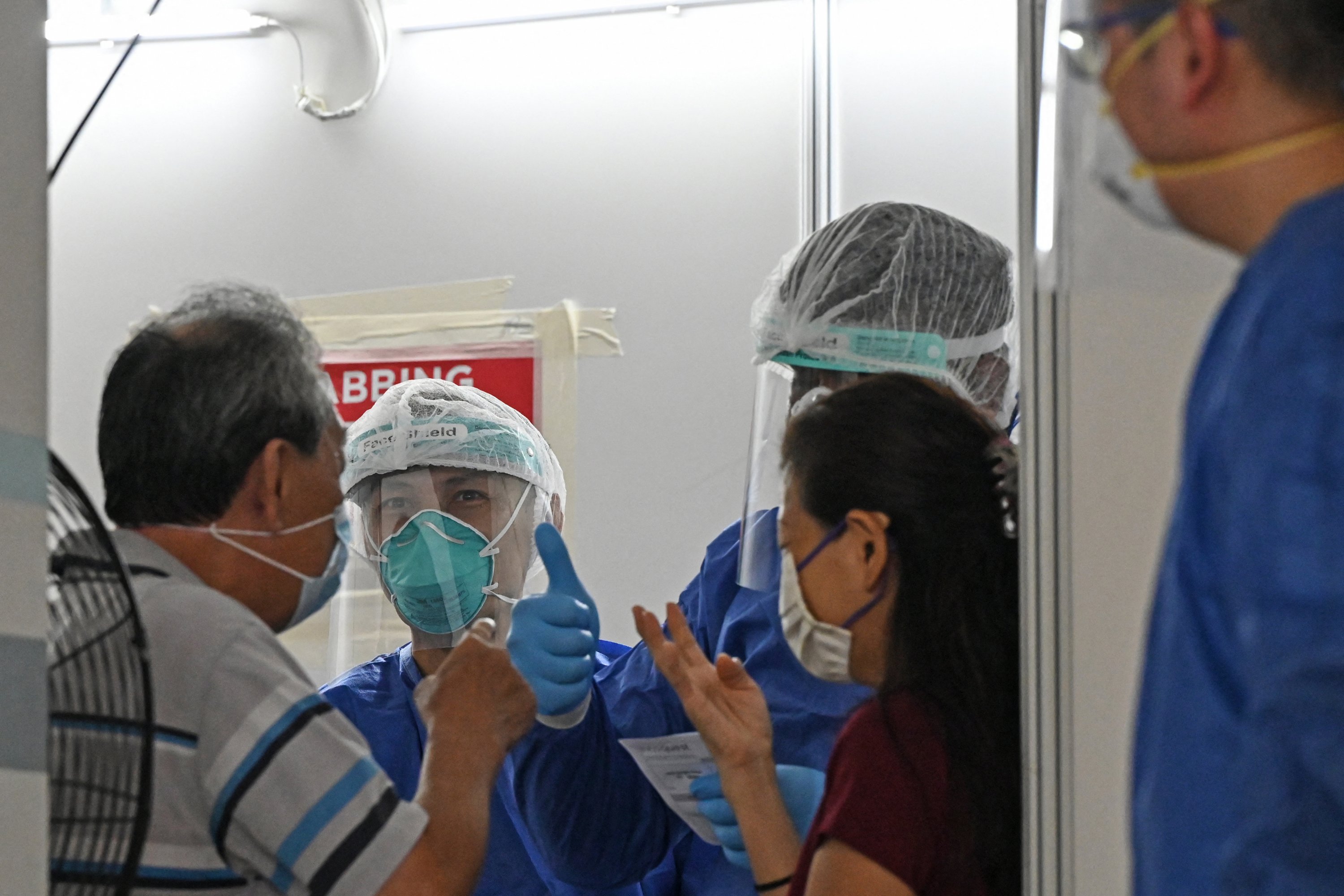 Residents are tested at a temporary swab centre set up at the void deck area on the ground floor of a public housing block in Singapore after a few positive Covid-19 coronavirus cases were detected in the building on May 21, 2021. – AFP photo

From the total of 5,324 new cases, the republic’s Ministry of Health (MOH) said 4,651 cases were reported in the community, 661 in the migrant worker dormitories, and 12 imported cases.

“The weekly infection growth rate is 1.15,” said the ministry in its nightly data update.

The ministry said the infection numbers were unusually high, mostly due to many Covid-positive cases detected by the testing laboratories within a few hours on Wednesday afternoon.

“MOH is looking into this unusual surge in cases within a relatively short window, and closely monitoring the trends for the next few days,” said the statement.

According to the update, 3,172 cases were discharged Wednesday while 1,777 cases remain warded in hospital with 308 cases requiring oxygen supplementation in the general ward, 76 unstable and under close monitoring in the ICU, and 66 critically ill and intubated in the ICU.

The current overall ICU utilisation rate is 79.8 per cent and the ministry said “it is in the process of standing up more ICU beds.”