Monday, May 23
You are at:Home»Sports»Govt mulls building racing track for motor sports 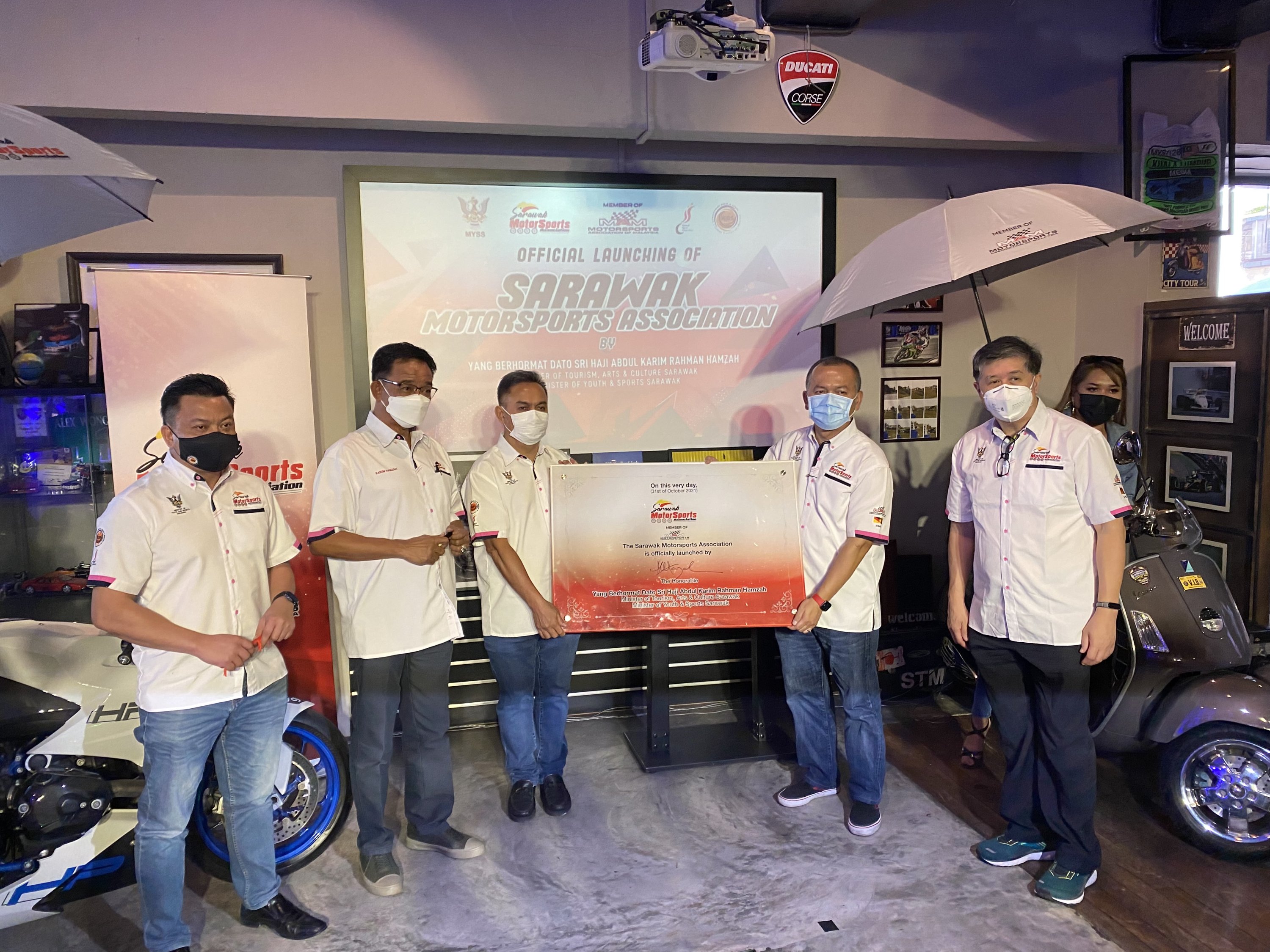 Karim (second left) with (from right) Ong, Ahmad, Freddy and Lamat after signing the plaque. — Photo by Ting Tieng Hee

KUCHING (Nov 1): The Ministry of Youth and Sports is looking into the possibility of building a proper racing track in the state so that Sarawak can host major events in motor sports.

Its Minister Dato Sri Abdul Karim Rahman Hamzah cautioned, however, that it is a matter that requires careful consideration.

“Racing tracks can be very very costly but of course this is something that we are willing to listen and look into when there is proper management for motorised events.

“We just cannot build a track and leave it there under-utilised and there must be proper motorsports events organised,” he told reporters in a press conference after launching the Sarawak Motorsports Association (SMA) at a local restaurant yesterday.

According to Karim, motorised events can be nice to watch but they can also be dangerous not only to the participants but also members of the public.

“The time is quite right (for a racing track) but we need a proper club/association to be able to fully utilise facilities like this and manage it properly and organising competitive motorsports events,” he added.

On the temporary go-kart racing track at the car park adjacent to the Sarawak Stadium, Karim, who is also Minister of Tourism, Arts and Culture, said it was not a proper track for go-kart racing.

He further observed that the go-kart racing track can also be used for other purposes such as motorcycling and motor car racing.

“We are looking into building sports facilities which can accommodate more than one sport such as the Rugby and Cricket Field at the Petra Jaya Sports Complex.

“It would be pointless to build a field/pitch and that is is hardly being used,” he pointed out.

Earlier, Karim expressed happiness that SMA was finally registered as a sports body.

With SMA in place, he noted, motorsports events can be organised and sanctioned by the state governing body.

“It is important that motorsports events be sanctioned by a sanctioning body so that problems and matters can be resolved.

“For Sarawak, I do hope that with the registration of SMA, it would put to rest a lot of problems.

“But whether we can move forward in motorsports will depend on how SMA and the committee are going to manage it,” he said.

The minister also advised SMA to stick to its objectives and not become a profit-making body so that motorsports in the state can be sustained.

He also urged SMA to try get other clubs and associations to be affiliated to the state governing body.

Karim also pledged a grant of RM10,000 for SMA to run its activities.