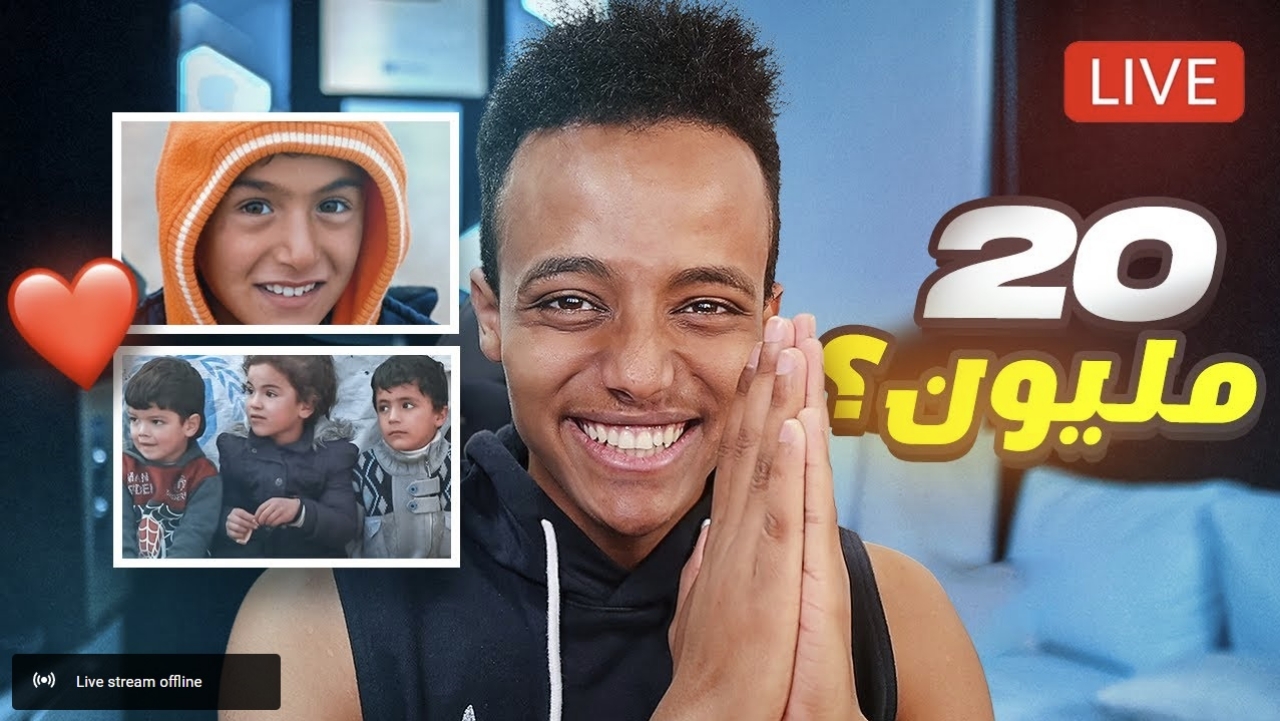 Somali YouTuber based in Kuwait AboFlah, whose real name is Hassan Suleiman, has raised $1 million in just over a day to aid refugees and the displaced in Syria, Lebanon, Iraq and Jordan. – Screengrab from AboFlah/YouTube

KUWAIT CITY (Nov 4): A Somali YouTuber based in Kuwait has raised $1 million in just over a day to aid refugees and the displaced in Syria, Lebanon, Iraq and Jordan.

With nearly 21 million followers, AboFlah, whose real name is Hassan Suleiman, is one of the best-known influencers in the Arab world. He launched his site, dedicated to reviewing video games, in 2016.

His campaign, launched in coordination with the UN refugee agency (UNHCR), this week raised $1 million within 28 hours.

“This is all thanks to my followers… thank you all with all my heart,” AboFlah, 23, said in an interview with AFP on Wednesday.

He said the donations surpassed his expectations.

The vlogger launched the campaign, dubbed “Warm Their Hearts”, during a live stream in which he marked reaching 20 million followers.

Millions of people have been displaced by conflicts around the region, including in Syria and Iraq.

Many Syrian refugees now reside in camps in Jordan and Lebanon, which also host large numbers of Palestinian refugees.

The funds collected by AboFlah are expected to provide food, clothing and heating fuel to over 17,000 people as winter approaches.

Nasreen Rabiean, the UNHCR representative in Kuwait, hailed the initiative and the “spirit of shared responsibility and solidarity”. – AFP