Tuesday, May 17
You are at:Home»Columns»Just another point of view»Can youths and socmed influence the outcome of state polls? 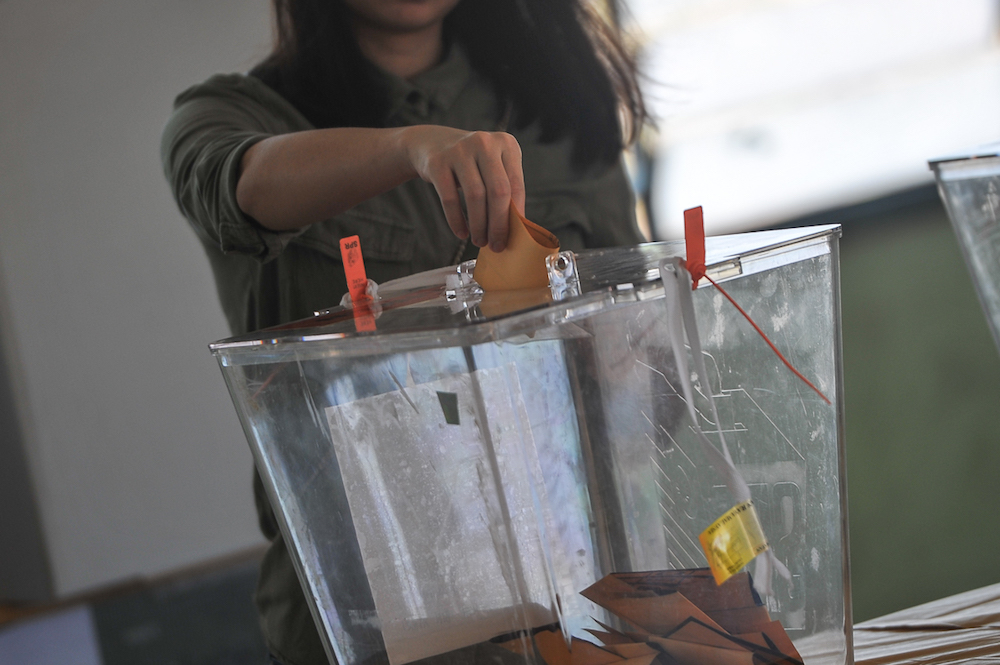 The coming state elections would be the 12th to be held after the formation of Malaysia in 1963. – MalayMail photo

THE unknown is often mystifying – it can be scary and terrifying especially when there is insufficient data and information as to what one can expect to find.

The Yang di-Pertuan Agong lifted the Emergency Proclamation for Sarawak on Wednesday, Nov 3, 2021, which means that the state general elections would have to be held within 60 days from that date.
The natural tenure of the current state government had already expired on June 6, 2021.

The coming state elections would be the 12th to be held after the formation of Malaysia in 1963.

It comes at a time when the Undi18 and automatic voters’ registration, which had initially been scheduled for implementation at the end of 2021, have been thus scuppered – an estimated 666,000 Sarawakians who would, otherwise, be eligible to vote for the very first time, many of whom are young voters.

On the face of it, the Gabungan Parti Sarawak (GPS) – the state government in power comprising PBB, PRS, PDP and SUPP – as voiced out by its secretary-general Dato Sri Alexander Nanta Linggi in a recent press statement, is confident that the voters would give them a fresh mandate based on ‘our proven service track record’ for governing the state over many years.

Although GPS was only registered in 2018, it had been in power under the Barisan Nasional (BN) flag for many terms prior to that.

Nanta continued by saying: “I do not want to predict how many seats we will be winning, but our track record is a huge asset, more so in the last two or three years when there had been a multi-fold of state projects.”

On the other side of the fence, the Opposition parties – the DAP, PKR, PSB and several others – had condemned the decision, claiming that the government was rushing in unholy haste to hold the state polls before the lowered voting age of 18 could be implemented in January 2022.

Prof James Chin of the Asian Studies at the University of Tasmania had even opined that voters, particularly those in the urban areas, might decide to penalise GPS for holding the 12th state polls amid the spread of the Covid-19 Delta Plus variant – concerned that it might end up as a ‘super spreader event’ in the way that the Sabah elections had proven to be more than a year ago, on Sept 26, 2020. He had further commented that the Undi18 voters, after being registered, might turn out in hordes to vote against GPS at the parliamentary elections in two years’ time, before July 2023.

The 12th Sarawak state election would be the first to be held under the influence of the growing popularity and usage of social media (socmed) in the form of Facebook, WhatsApp chat groups and to a lesser extent, Twitter and Instagram.

Every political pundit worth his salt would be asking the same question – how great an influence would socmed and the youths’ voices determine the outcome of the state elections?

Would they make enough of a difference to turn the odds around and to cause upsets in the traditional government strongholds, or would their influence only make dents in the marginal seats where differences of three-figure vote majorities would create a different set of results?

A political activist friend of mine, Edmund Lee, had forwarded me an interesting set of statistics that he had analysed based on Election Commission (EC) statistics and if the Undi18 voters were included for the six critical urban seats in the First Division of Sarawak, namely Padungan, Pending, Batu Lintang, Kota Sentosa, Batu Kitang and Batu Kawah.

He discovered that even the seat Padungan, with the smallest gain of +21 per cent increase under Undi18, would add 4,422 new voters; and the largest gain would be in Batu Kawah of +80 per cent, which would add 16,463 new voters.

For any sitting government in power, these would indeed be extremely scary statistics – no one knows for sure how an 18 or 20-year-old would vote – for the first time!

I’m sure there’re statistics and breakdowns of actual racial composition, even of income levels and occupations and other information available at the offices of the EC, which the political parties could scrutinise and draw their game plans.

The general and popular opinion is that our youths of today are almost all looking for change and they are not happy with their current status in life – even the young self-made millionaires are still looking to make even more money; even the so-called stable-job civil servant at a middle management level is aiming for his next promotion; even the daily-paid labourer fears for his next meal ticket.

The more intellectually-inclined are on about social justice, imbalances and inequalities that they see everywhere, the promises broken and not kept – especially those pertaining to Malaysia Agreement 1963 (MA63), and the endless delays and tactics to sidetrack everything.

I fear that our state has continued to behave subserviently to the federal side without voicing out, even if they know that there are injustices and imbalances.

I fear that if we continued down this path, it would not be long before the extremists at the federal side would overwhelm our state’s moderate stand and approach towards race, religion and society.

I fear for the future of our children.

The Opposition parties know what fears of the Undi18 that they can highlight and focus on when they do their election campaigning – and this time, they have the aided advantage of social media, and they can really saturate that media with everything they have got, at very little cost. They can easily reach their targets at the speed of a click, at the pop of a button. They do not need to spend hundreds of thousands, even millions, to get their messages across. All they need are the contact numbers, the names and the accounts on Facebook, Twitter, Instagram, and the WhatsApp contacts that they can garner from family, friends and acquaintances.

A WhatsApp Group (WAG) message sent to a small group of 10 can exponentially be spread to hundreds, and thousands, within the time it takes for you to finish your bowl of ‘laksa’.

There are currently laws in Malaysia concerning fake news, but these laws are extremely difficult to enforce. Most people are not even aware that they are reading and then forwarding fake news, especially if such news shared included some grains of truth or semi-truths within. Reliable sources are usually quoted or used; for medical news, professionals are named, publications are quoted.

It is rather disturbing to be told that according to www.statista.com, in the UK in spring of 2020, 59 per cent of social media users admitted that they had come across fake news online and in WAGs. When asked, a very high figure of 74 per cent of respondents said they were worried about fake news on social media, especially news about the coronavirus.

The government for the coming state elections has the advantage of incumbency, the power and might and financial resources that it can quickly organise and dish out to the constituents and the eternal mantra of ‘don’t change just for change’s sake’ and to stick with ‘the known versus the unknown’.

As much as many voters might want or yearn or pray for change, they are also frightened of ‘the unknown’, of whether they can entrust their future and their children’s future to a new government – ‘the unproven factor’.

Would there be enough of them to ensure continuity and to vote ‘in the same old, same old’?

My personal prediction, based on so many past elections since 1963 when I had been sorely disappointed, is that I am hopeful, but not confident. This time round, the timing is in the favour of the government – the turnout I expect would be extremely low, and the results I fear would not be too much of a surprise all around.

But in this, I pray that I am wrong.