Thursday, January 20
You are at:Home»News»Nation»Covid-19: MOH confirms first two cases of Delta Plus variant in KL 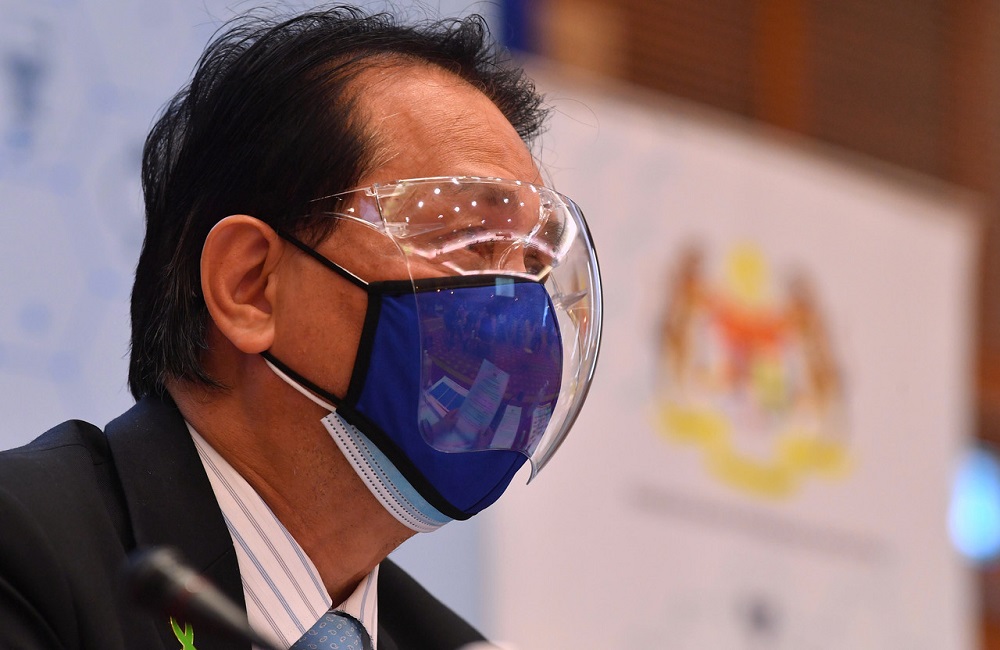 In a statement today, Health director-general Tan Sri Dr Noor Hisham Abdullah said the cases were detected when the individuals arrived at the Kuala Lumpur International Airport (KLIA) on Oct 2.

Both individuals underwent the RT-PCR test and were initially found negative before being confirmed positive after a second test was conducted on Oct 7 during the quarantine period.

“This sample has undergone full genome sequencing at the Institute of Medical Molecular Biology, Universiti Kebangsaan Malaysia (UMBI-UKM) and the result was released on Oct 30,” he said.

Dr Noor Hisham said the AY.4 variant is among 75 types of lineages originating from the Delta variant and among the sublineages of AY.4 is the AY.4.2 variant which is also known as Delta Plus.

“The AY.4.2 variant has two additional mutations to the spike proteins namely Y145H and A222V and as of the end of October 2021, the AY.4.2 variant represents 10 per cent of the total full genome sequencing conducted in the UK,” he said.

Dr Noor Hisham said the UK Health Safety Agency on Oct 20 had designated AY.4.2 as a variant under investigation (VUI).

“The vaccine used now is still effective against this variant and measures such as quarantine, testing, and so on carried out can help reduce the risk of transmission of this variant in Malaysia, especially at the country’s international gateways.

“MOH will continue to monitor closely to detect the existence of Delta subvariants in the community,” he said.

In the meantime, Dr Noor Hisham said that ongoing studies by the Institute of Medical Research (IMR) and UMBI-UKM have respectively identified 44 and 46 new cases of the variant of concern (VOC) Delta (B.1.617.2).

He said the cumulative number of cases categorised as VOC and VOI (variant of interest) is now 3,782 cases, which is 3,762 VOC cases and 20 VOI cases.

To date, the total VOC comprises 3,522 cases of the Delta variant, Beta (226 cases), and Alpha (14 cases) while for VOI, there are 13 cases involving the Theta variant, Kappa (four cases) and Eta (three cases). – Bernama