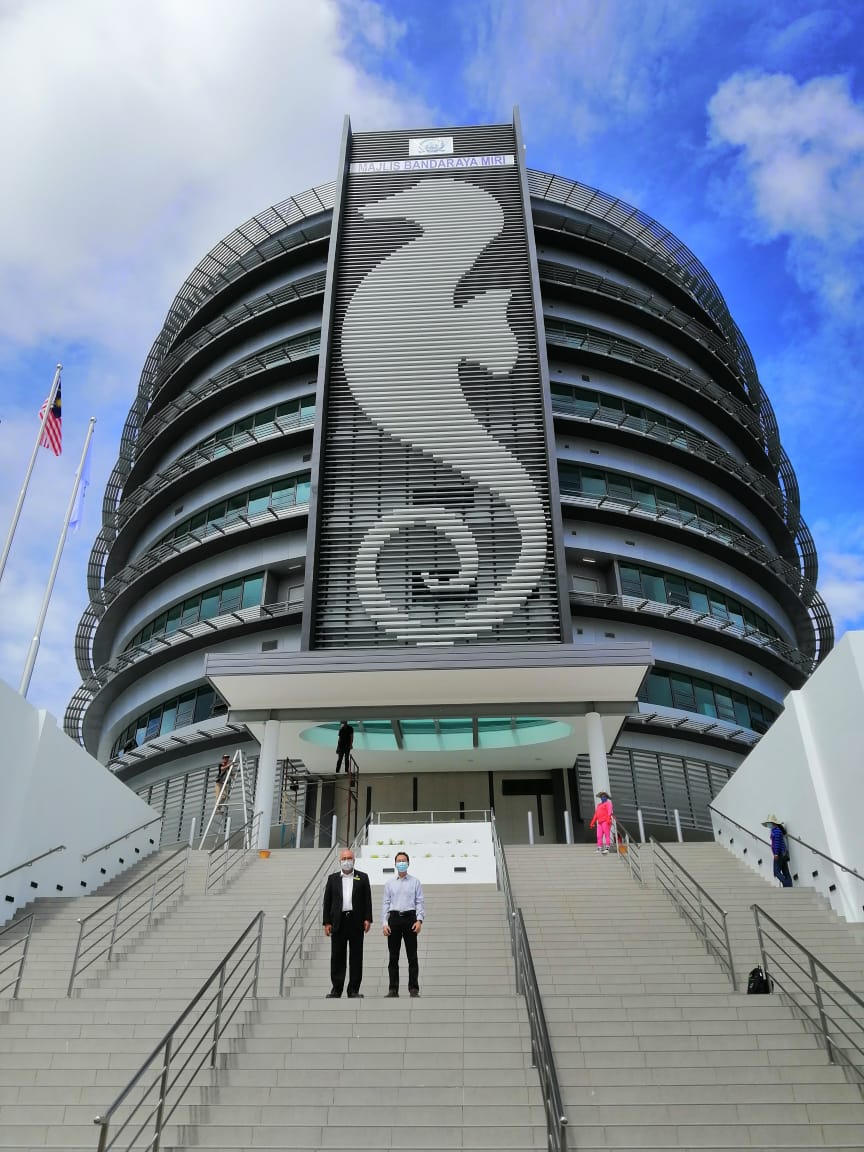 Yii and Julaihi pose in front of the new Miri City Hall building.

Yii told reporters this while clocking-in at his new office in Miri City Hall with his deputy Julaihi Mohamad yesterday.

He stated that the council’s departments which have moved to the new RM70million building at Jalan Bandaraya next to Marina Recreational Park are Administration, Engineering, Treasury, Rating and Valuation department, Public Relation and Legal unit.

Its Public Health Section, Public Cleansing and Maintenance and Enforcement Section will remain at the old building for the convenience of the public.

“In 2020, at the beginning of the Covid-19 pandemic, there wasn’t much that we could do, so we repainted all MCC’s properties including the old council building to mark Miri City’s 15th anniversary. These spaces would be fully utilised with more arrangements in the future,” said Yii.

The construction of the new council building delayed by the pandemic and movement restrictions after commencing works in June 2019 was finally completed after 28 months.