Saturday, December 4
You are at:Home»Columns»Perspective»Hold on to the little lights 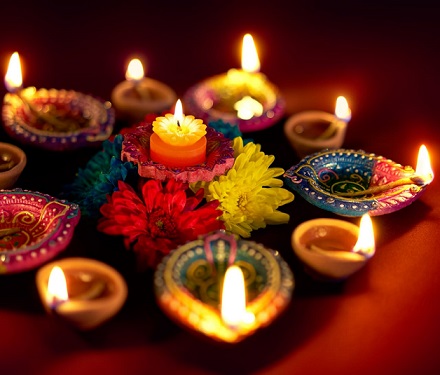 THIS week, we joined the millions of Hindus worldwide in celebrating Deepavali, the colourful festival of lights. In the old days when Hallmark greeting cards rule the day, some would receive a few greeting cards via snail mail. Nowadays with the internet, our hand-phones are laden with hundreds of virtual Deepavali cards. Apologies to those who sent those virtual greetings, I have been spending hours deleting them. They are clogging my message board. Searching for important messages in my WhatsApp is worse than the proverbial searching for a needle in a haystack. Sending virtual greetings is as easy a just a click of the mouse or a tap of the phone. It is said that “it is the spirit that counts”. I wonder if the ease of sending diminishes the spirit. That would be a shame because the Deepavali festival carries a deep and profound meaning.

There are several significant legends associated with the festival. One story is that of the celebration of the return of Lord Rama, the King of Ayodhya, his wife Sita and his brother Lakshmana after a fourteen-year exile. It is believed that to welcome them back, the people of Ayodhya lit oil lamps along the way to light their path in the darkness. The word “Deepavali” means “rows of lights”.

The story of Rama is from the “Ramayana”, the journey of Rama. It is part of the Hindu epic of 24,000 verses and is said to be over 3000 years old. I have heard of this religious legend since I was young but never got around to reading it. Then a few years ago, I had the good fortune to see a version of it performed by the Kampuchean National Dance Troupe.

The setting was exquisite — on the grounds of the ancient temple of Angkor Wat — and the experience unforgettable. We sat under the starry night sky with a balmy breeze caressing our faces, watching the classical dance-drama being performed, true to its original form, on the very stage where a thousand years ago the Apsaras (court dancers) danced for the royalty of the day.

As we enthused about the performance, our guide Jang, a wise old head, told us that to regard the Ramayana as a mere story would be to miss the point. It would be like looking at form without appreciating substance. He said the Ramayana, like other religious legends, is a medium for teaching human values and frailties.

Jang went on to retell the story. King Dasharatha of Ayodhya had three sons. The eldest and heir to the throne was Rama. The King, being old, decided to hand over the kingdom to Rama. However, Queen Kaikeyi, the second wife of the King, whose son Bharata was the next in line, became envious and went to the King to make two demands. Amazingly, King Dasharatha, though horrified by the brazen demands, acceded to them. Why? Well, it appeared that many years before, the young King Dasharatha fell in a battle and was saved by the beautiful warrior princess Kaikeyi. In return for her saving his life, the young King granted her two boons. Kaikeyi at that time told him that she would ask for them at the opportune time.
Cometh the moment Queen Kaikeyi made two demands: that Rama should be banished into the dark forest of Danka for fourteen years and her son, Bharata, be crowned king instead. The King was horrified but, being a man of integrity, he kept to his word and acceded to the demands.

Rama, on the other hand, considered it his duty to obey his father and carried out his wish without any fuss. Knowing the hard life in the forest, Rama asked Sita, his newlywed, to stay behind in the palace but Sita, the faithful wife, insisted on joining him.

When Lakshmana, another half brother (the King had three wives), heard of the news of the banishment he pleaded to accompany Rama and act as his protector.

Bharata, who was away while this was going on, arrived in the city, only to be greeted as the king. He was horrified when he found out the truth. Being a man of honour and integrity, he went to look for Rama in the Danka Forest to offer back the throne, but Rama reminded him of their duty as sons to obey their father. Reluctantly he accepted his brother’s decision, but he asked for Rama’s sandals to be placed in front of the throne as a token that he, Bharata, ruled under the authority of Rama. Bharata wore only the garb of a hermit as long as Rama was in banishment.

Rama, Sita and Lakshmana lived in the forest for many years. One day Sita was spied upon by Ravana, the King of the demons. Captivated by her beauty, Ravana lusted after her. He sent his lackey, Maricha, into the forest who took the form of a golden deer to lure Sita. Sita was abducted and taken to his island kingdom of Lanka.

Rama and Lakshmana and aided by the monkey god general, Hanuman, mobilised an army in pursuit but their progress was halted by the sea that separated the mainland from the island of Lanka, the kingdom of Ravana. Hanuman summoned his army of little monkeys who appeared carrying a rock each. They dropped thousands of rocks in the sea to create a land bridge to the island of Lanka.

An epic battle of good against evil ensued. At last, Rama came face to face with Ravana, who in his true form was a nine-headed demon, and slew him. The reign of the demons was over and also the fourteen years had elapsed. Rama and Sita accompanied by the loyal Lakshmana returned to their own country in triumph. The people of Ayodhya lined the road with lamps to welcome back their King. Deepavali means “row of lights”.

In rounding off his story Jang said: “The story is more than the general idea the struggle of good versus evil, light against darkness. It is a warning of the many vices that might take hold of man. It is a guide of the virtues we need to navigate this journey of life.”

I was deeply touched and moved by the lesson of the wise old guide Jang. As I retraced the story, I noted the integrity of King Dasaratha, the envy of Kaikeyi, the filial piety of Rama, the loyalty of Lakshmana, the love of Sita, the humility of Bharata, the lust of Ravana, the deceit of Maricha, the courage of Hanuman, etc. It covered the whole range of virtues and vices.

The images of Deepavali greetings, beautiful as they are, also remind us of the darkness that is threatening the world. More starkly so at this moment of the Covid-19 pandemic. But when we contemplate more deeply we will realise the world has always been threatened by darkness. Darkness, caused by man’s dastardly actions, driven by the evils of greed and ego. However, throughout the ages, it is the little lights of virtues, of hope and courage that hold the darkness at bay. So, let us hold on to the lights.